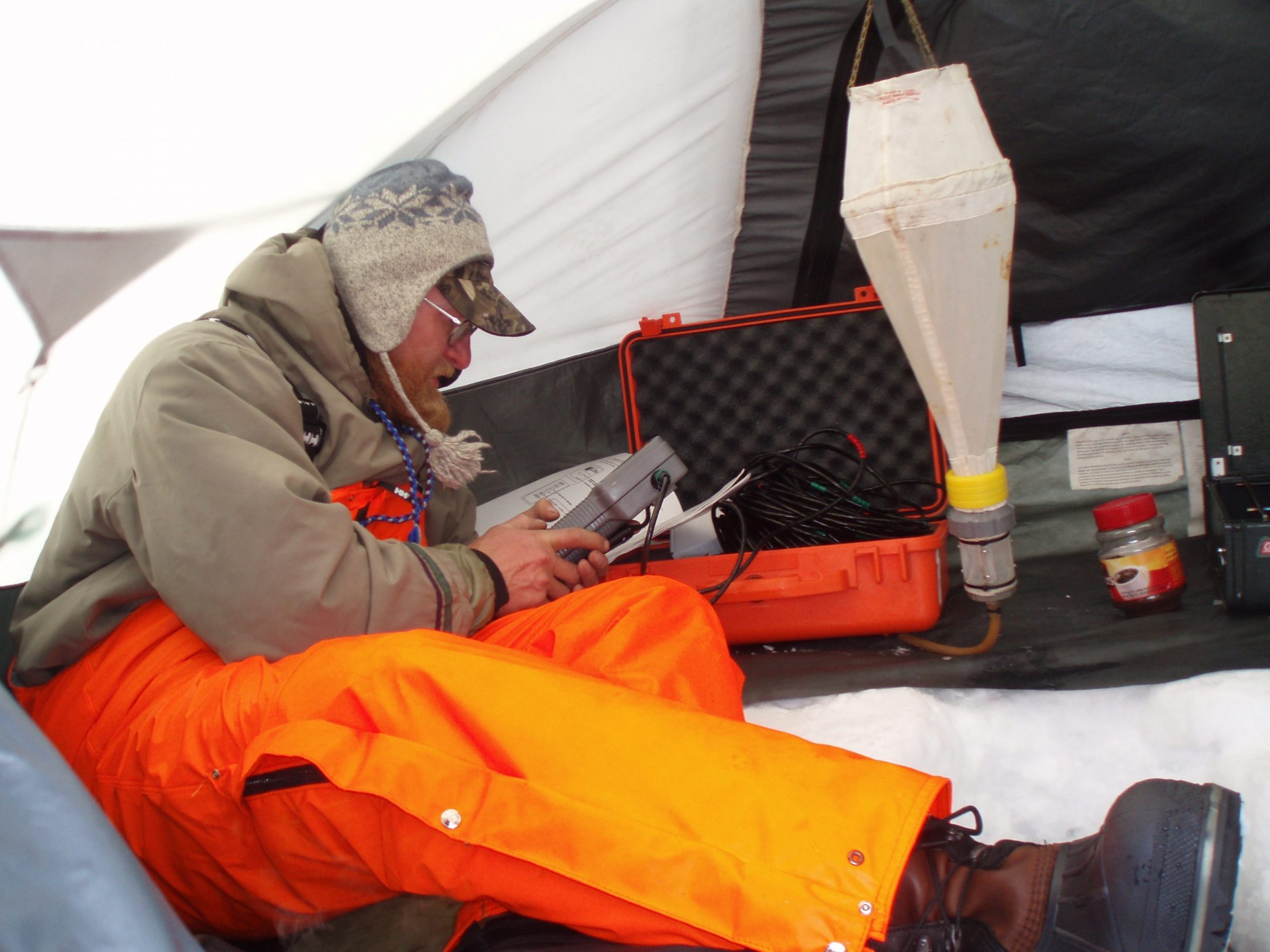 Polar bear biologist Markus Dyck, who died Sunday in a helicopter crash near Resolute Bay, sits in a tent during one of his many sessions of field work. His friends say he was happiest out on the land. (Photo courtesy of Jason Carpenter)

The death of a leading Nunavut polar bear biologist, Markus Dyck in a helicopter crash on Sunday near Resolute Bay, is a “tremendous loss and a sad, sad day for polar bear research,” says his close friend, Harvey Lemelin, a professor at Lakehead University.

Lemelin, along with several other friends, confirmed that the Igloolik-based researcher was among the three victims of the helicopter crash. He had been conducting a polar bear population survey aboard the helicopter, chartered from Yellowknife-based Great Slave Helicopters.

The Government of Nunavut, where Dyck had worked for nearly 10 years as the Department of Environment’s senior polar bear biologist, has not yet confirmed Dyck’s death.

Great Slave Helicopters has not publicly identified its employees who died.

But Premier Joe Savikataaq, who is also the territory’s environment minister, acknowledged the crash Monday, saying “this is especially hard and personal, as this crash occurred during a trip to survey the Lancaster Sound polar bear population, undertaken by my Department of Environment.”

Lemelin first met Dyck in the late 1990s when they both worked at the Northern Studies Centre in Churchill, Man.

It was there that Dyck fell in love with polar bears and decided to find a way to study the animals, Lemelin said.

Together, the two started to research interactions between polar bears and tourists and also to look at Cree and Inuit knowledge about them. They were among the first researchers to talk about climate change and how active polar bears were becoming in the summer — swimming, fishing and even catching beavers, Lemelin said.

Dyck, who held a master’s degree from the University of Manitoba, was certified wildlife biologist with the Wildlife Society, according to his LinkedIn profile.

Before working at the GN, he was senior instructor with the Environmental Technology Program at Nunavut Arctic College in Iqaluit.

Polar bear surveys — and the sometimes dangerous conditions that come with them — were nothing new to Dyck.

In 2014, he told Nunatsiaq News that the M’Clintock polar bear survey’s first year was plagued by fog in an area thick with heavy ice.

“Blizzards, we had fog — we had to sleep in the helicopter, on the sea ice one night, because we couldn’t fly anywhere,” Dyck said.

Mark Mallory, a seabird biologist who knew Dyck well, said working in helicopters in the High Arctic is “dangerous stuff.”

“Working in helicopters in this time of year when things are changing, and you’re starting to get moisture in the air, and the wind is picking up, and you’re out in that interchange between the land … that’s a terrible time to be working there,” Mallory said.

“A lot of people think when you are out doing surveys, that it looks so fun. You’re out in an aircraft counting animals. But it’s actually pretty dangerous. There’s no way around it: when you do this work in harsh conditions, you take risks.”

Mallory and Lemelin said Sunday’s crash brought back memories of other helicopter crashes which killed researchers in the High Arctic: in 2000, when two wildlife biologists died near Resolute Bay, and in 2013, when a pilot, scientist and CCGS Amundsen’s commanding officer died near Banks Island.

The Transportation Safety Board is investigating the circumstances of Sunday’s crash.