Nunavut Impact Review Board to share recommendation by May 13 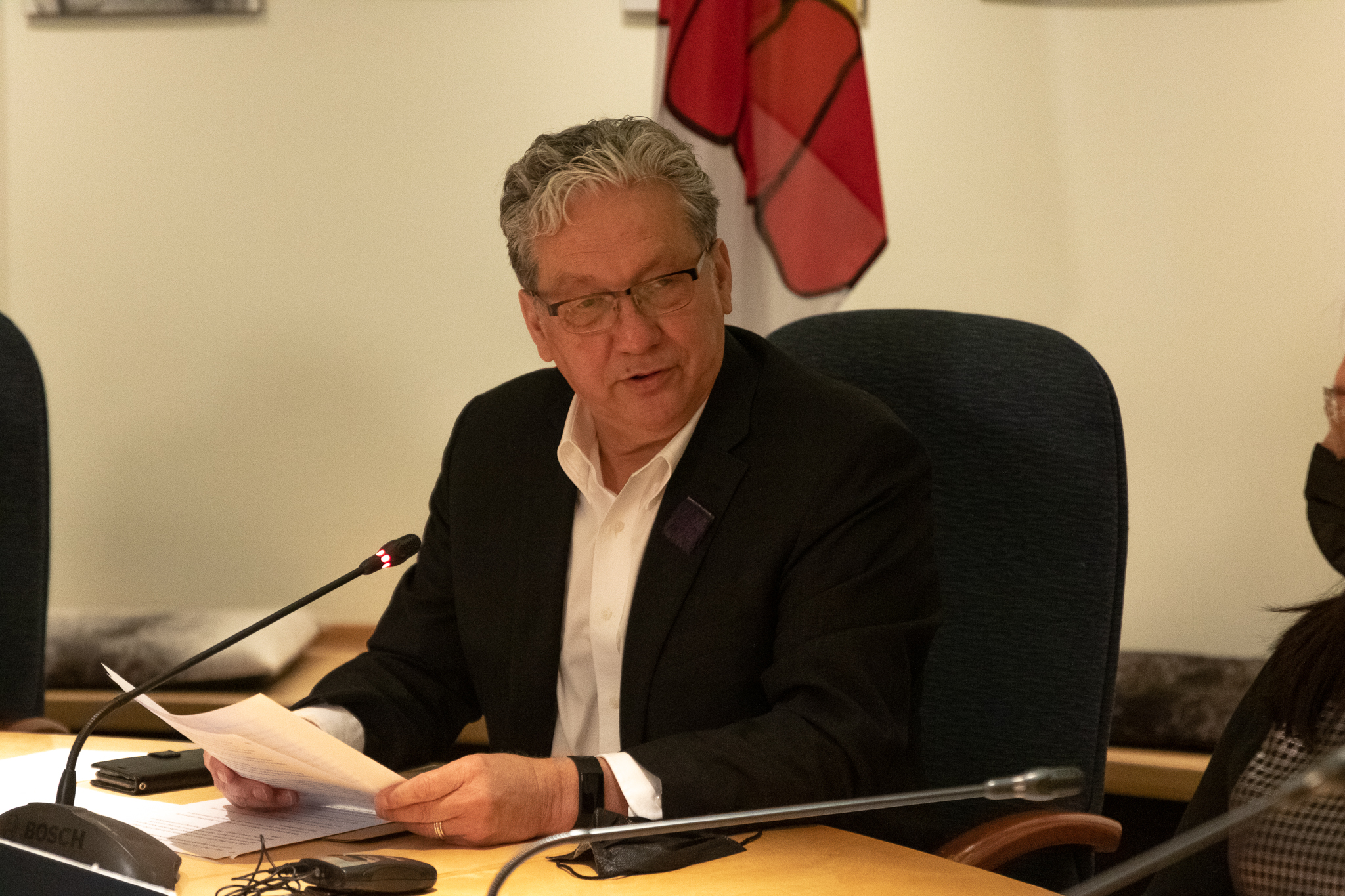 Northern Affairs Minister Daniel Vandal, seen here Wednesday at a news conference in Iqaluit, says a decision from the federal government on the expansion of Baffinland’s Mary River could happen by summer, pending the recommendations of the Nunavut Impact Review Board. (Photo by Jeff Pelletier)

A decision from the federal government over Baffinland Iron Mines Corp.’s proposed expansion of Mary River iron mine is should happen this summer, says Northern Affairs Minister Daniel Vandal.

The Nunavut Impact Review Board is expected to issue its recommendation by a deadline of May 13. In January, it concluded a hearing process which began in November 2019.

Vandal said Northern Affairs will conduct a “thorough review” of the board’s recommendation, and within 90 days of its release, will announce a final decision.

“I and my team are eagerly waiting the recommendation of Nunavut Impact Review Board,” he said in Iqaluit Tuesday, while in the city to promote the recently tabled federal budget.

“We’re going to make sure the duty to consult has been respected, and we will come out with our decision in 90 days.”

Baffinland has applied to double the mine’s output from six to 12 million tonnes of iron ore per year, and to do so, it wants to build a 110-kilometre railway and a second dock at Milne Inlet.

In an interview with Nunatsiaq News, Vandal said once the review board releases its report it’s possible his department could seek further consultation, depending on how the initial hearings allowed people to share their perspectives.

Either way, he said, he promises a decision in the required timeline.

Baffinland CEO and president Brian Penney said he was “delighted” to hear that Vandal would make his decision on his company’s proposed expansion within 90 days of NIRB releasing its recommendations.

“We have been working hard for years to ensure that, when approved, the Phase 2 expansion will maximize positive social benefits to the communities, such as employment and training, while minimizing and mitigating the potential impacts on the surrounding environment,” Penney said in a written statement to Nunatsiaq News.

The proposed expansion has been controversial.

While some hamlets, including Pond Inlet, Arctic Bay, Sanirajak and Grise Fiord, have expressed support due to its potential economic benefits, north Baffin hunters and trappers associations have been among high-profile critics, citing environmental concerns.

Vandal said his decision will consider both the potential environmental impacts from the project, as well as possible economic benefits it might generate.

“We need to make sure, first of all, that the environment is respected,” he said.

“I understand that mining is an important issue and job creator in the North, that’s simply fact, so we’re going to give it a real thorough analysis.”

This story was updated from an earlier version to include a comment from Brian Penney, CEO and president of Baffinald Iron Mines Corp.