Despite Inuit opposition, Mary River mine hearing to go ahead next week

Gathering to be broadcast live on Uvagut TV 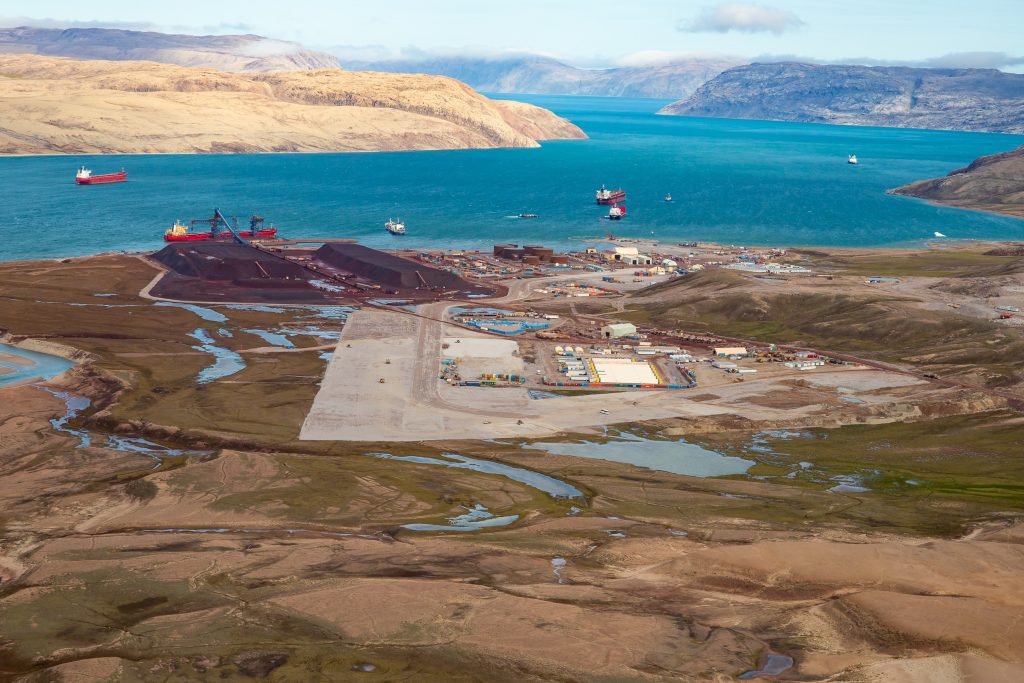 Baffinland Iron Mines Corp. uses the port at Milne Inlet to ship iron ore to markets in western Europe. If the federal government permits its current expansion proposal, Baffinland will be allowed to ship up to 12 million tonnes of ore through this port, involving up to 176 ship transits. (File photo)

Despite persistent opposition from Inuit community groups, the Nunavut Impact Review Board will forge ahead next week with a long-awaited public hearing on a major railway-based expansion of the Mary River iron mine.

An in-person hearing will run Jan. 25 to Feb. 6 at the Atakaalik community hall in Pond Inlet, where Nunavut’s chief public health officer will allow up to 100 people to attend.

That Pond Inlet venue will be connected to a virtual hub located at the Frobisher Inn’s Koojesee room in Iqaluit, where up to 80 people will be allowed.

Members of the public can watch the daily proceedings on Uvagut TV, available on Shaw Direct’s channel 267 or on Arctic Co-operatives’ cable channels 240 or 267 in Nunavut and the Northwest Territories. It will also be streamed online at www.uvagut.tv or www.isuma.tv.

The review board confirmed the hearing dates earlier in January, when it denied motions from the Mittimatalik Hunters and Trappers Organization of Pond Inlet and the Hamlet of Clyde River that asked for postponement of the hearing until after COVID-19 pandemic restrictions are eased. The nine-member Nunavut Impact Review Board assesses the environmental and socio-economic impacts of development projects and advises the federal and territorial governments on whether they should go ahead.

Since 2014, Baffinland Iron Mines Corp. has proposed, through its phase-two expansion plan, to build a 110-kilometre railway between Mary River and Milne Inlet. The expansion would see annual production of up to 12 million tonnes of ore and up to 176 ship transits per year.

The Mary River mine is on northern Baffin Island, about 175 kilometres southwest of Pond Inlet.

The company also likely plans a phase-three expansion to 18 million tonnes a year, as revealed last year by a report produced by Moody’s Investors Service. But participants at next week’s review board hearing won’t be allowed to discuss it.

That’s because the review board, in a letter sent Monday, has warned participants to limit themselves to discussion of phase-two.

At the same time, Inuit opposition to Baffinland’s expansion project, especially within the five communities of north Baffin, is as strong as ever.

Even the Qikiqtani Inuit Association is non-committal. The regional Inuit organization owns the land the Mary River mine sits on, describes itself as Baffinland’s “partner,” and has signed lucrative commercial lease and Inuit impact and benefit agreements with the company.

In an attempt to make the Mary River mine expansion more palatable to the people of north Baffin — especially Pond Inlet — QIA and Baffinland negotiated another deal they call the “Inuit Certainty Agreement.”

“Our board wants to ensure that we have all the information before making our final decision regarding the expansion of the Mary River mine,” QIA president P.J. Akeeagok said Monday in a news release.

That statement followed three days of “concentrated meetings” last week between QIA’s board and representatives from the five affected communities: Pond Inlet, Arctic Bay, Igloolik and Sanirajak and Clyde River.

For its part, the Mittimatalik HTO of Pond Inlet still opposes Baffinland’s expansion plan and blasted the company’s proposal in a 37-page submission.

“[Baffinland Iron Mines] is rushing forward with this development and is not prepared to answer questions about significance, impacts, and mitigation,” a summary of the HTO’s intervention states.

The hunters and trappers organization said Baffinland hasn’t incorporated Inuit Qaujimajatuqangit into its assessment of the project’s impacts and has not considered how the project may damage Inuit harvesting rights.

It also said the impact that large-scale shipping from Milne Inlet might have on marine mammals like narwhals is still unknown — which means it may be impossible to find ways of mitigating the harm.

The organization also opposed to the 110-kilometre railway between Mary River and the Milne Inlet port — because it says the potential effects of the railway on caribou have not been adequately documented.

And the hunters and trappers are also worried about the impact of Baffinland’s proposal to send ships through the ice during the spring and fall shoulder seasons.

Also, the Hamlet of Clyde River and the Nangmautaq Hunters and Trappers Association of Clyde River said in a letter that they too oppose the phase-two project in its current form.

“We believe that controversial development proposals like Phase 2 should not be permitted without clear and unequivocal support from both the Hamlets and HTAs in the most affected communities,” the Clyde River statement said.

Another dissenting voice is Tommy Issigaitok of the Sanirajak HTO. He said in a letter that his organization is disappointed in the quality of representation it has received from Nunavut Tunngavik Inc., the Qikiqtani Inuit Association, the Government of Nunavut and the federal government.

“It is mind-boggling how we have to keep reminding all of the above of our constitutionally protected hunting rights when we are ignored, overlooked and dismissed,” his letter to the review board said.

Following the public hearing, the review board will send a report to Northern Affairs Minister Dan Vandal recommending whether the project should go ahead.

If it decides to give the expansion a green light, the review board will list all the terms and conditions that should be attached to a project certificate. After that, the final decision is up to the federal government.