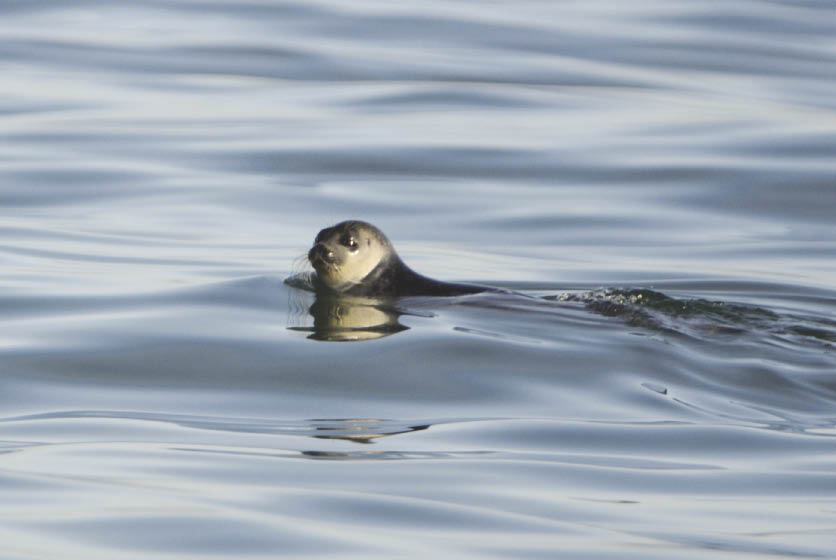 Although ringed seals are considered the most abundant marine mammal in the Canadian Arctic, the Department of Fisheries and Oceans Canada is considering listing them under the Species at Risk Act because of population declines expected to be caused by climate change. (Photo courtesy of Department of Fisheries and Oceans Canada)

The Department of Fisheries and Oceans will begin consultations with communities across the North this fall about whether to list ringed seals under the federal Species at Risk Act.

“If listed, there’s absolutely no restrictions or prohibitions, there’s no change to harvest,” said
Sam Stephenson, a species at risk biologist with DFO.

What it would mean, said Stephenson, is the department would work with northern groups to create a management plan.

“As soon as a species is listed or even when it’s considered for listing, it starts to open up the purse strings for different types of research,” says Stephenson.

The department’s community consultations follow a November 2019 decision by the Committee on the Status of Endangered Wildlife in Canada to list ringed seals as a species of special concern.

Although ringed seals are the most abundant marine mammal in the Canadian Arctic, climate warming factored into that decision.

“The Canadian population is predicted to decline over the next three generations and may become threatened due to extensive and ongoing changes in sea ice and snow cover in a rapidly warming Arctic,” said the committee’s summary.

One issue with ringed seals is that scientists have no idea what that population number is doing, says Stephenson.

According to Lee, most of the discussion on whether to list the ringed seal as a species of special concern did not rely on traditional knowledge.

For some in attendance at the management board meeting, the issue was that the committee viewed all of the animals as one population, creating a potentially unfair assessment of the situation.

Her concern is that this could create further challenges for those seeking to sell sealskin products.

According to Stephenson, the committee usually looks at genetic differences in animal populations to determine if there are subpopulations that could be listed separately. With ringed seals, that type of genetic information isn’t available.

“Perhaps with a management plan and increased funding and study, we may find that there are a few distinct populations,” he said.

Fisheries and Oceans aims to hold community consultations between September and December, but how those meetings will roll out has yet to be decided and depends on the status of the pandemic.