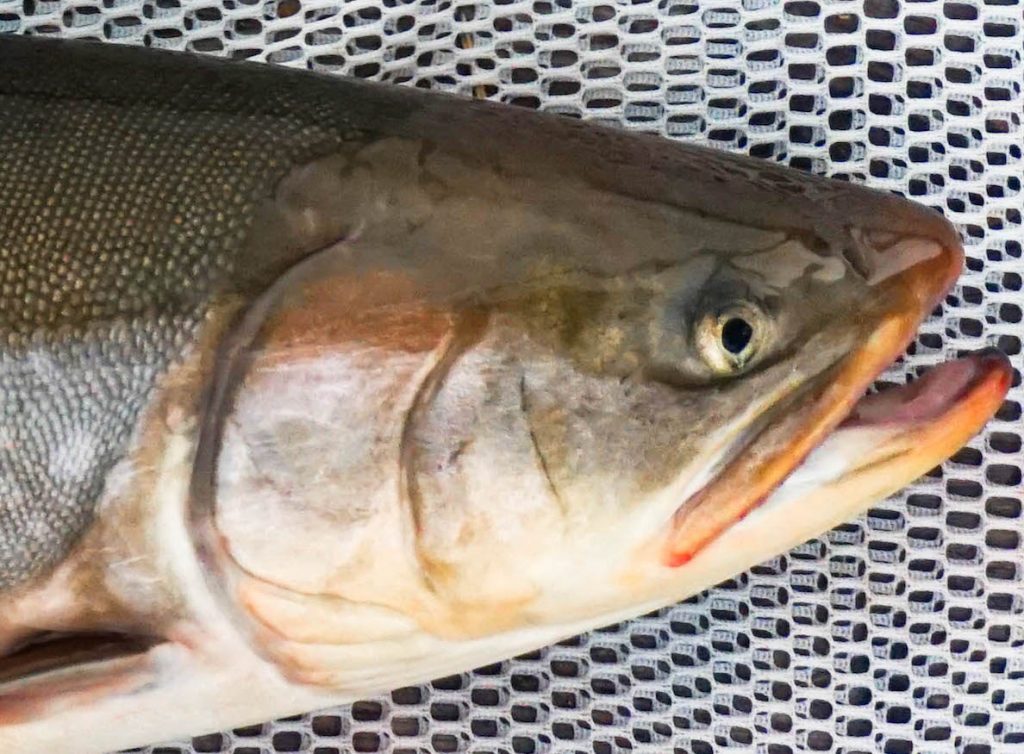 For Canadian fisheries to be able to export their products to the United States beyond 2021, the Department of Fisheries and Oceans must show the United States National Oceanic and Atmospheric Administration that each fishery complies with the U.S. Marine Mammal Protection Act. (Photo courtesy of Les Harris)

The Department of Fisheries and Oceans is working to ensure that fisheries in Nunavut and Nunavik will be able to export their products to markets in the United States after next year.

“This rule ensures that the U.S. will only accept imports of fish and fish products originating from foreign countries that have enacted management measures to reduce marine mammal bycatch,” said Caitlin Bartel, a regional fisheries management officer with the DFO.

“These measures must be comparable to those used in the U.S. and prohibit the intentional mortality, or serious injury of marine mammals in the course of commercial fishing operations.”

Bartel presented this information to the Nunavut Wildlife Management Board during its regular meeting on Sept. 2.

“I think it’s very important for Nunavummiut to know about this,” said Daniel Shewchuk, chairperson of the NWMB.

“This is kind of new to the board as information. It’ll be very, very new to fishermen that are actually out there on the water.”

Originally finalized in 2016 by the U.S. National Oceanic and Atmospheric Administration, otherwise known as NOAA, the rule included a five-year exemption period that was intended to allow other nations to develop and improve their regulations.

“They conflicted with the requirements to prohibit the intentional killing of marine mammals in the course of commercial fishing operations,” said Bartel.

The same year, DFO submitted a progress report to NOAA and proposed that three Arctic char gillnet fisheries be exempt based on their location in river estuaries, short time in the water and shallow depth.

NOAA rejected the request for an exemption.

When asked how common marine mammal bycatch is in the gillnet char fisheries, Bartel responded that it isn’t.

“When there is bycatch, it is harvested under subsistence rights,” she added.

DFO only reports marine mammal interactions to NOAA that are not harvested under subsistence rights.

Despite the rejection, Bartel says that when DFO has to apply to NOAA for a comparability finding, meaning that the fisheries comply with the regulations, they don’t anticipate any concerns.

“There are some examples where U.S. fisheries have similar situations,” she said.

“We are hoping that we can base our application on that.”

The first application deadline is March 1, and then every four years after that.

Between those periods, Bartel says the regulations could change.

“NOAA has indicated that log book reporting is currently acceptable, but the need for increased reporting is expected in the future,” she said.

That could include a recommendation from NOAA that these fisheries would require at-sea observer coverage, something Bartel acknowledged “is not feasible in many of the char fisheries.”

“It is something we will continue to work on with the communities and fisheries, moving forward.”

Although Bartel acknowledged that species like Arctic char are not currently big exports to the United States, future access could be important.

“We want to ensure that we maintain the largest market access possible for these fisheries.”