Digital archive showcases decades of artwork by women of Taloyoak

Arnaqarvik was a grassroots arts collective established 50 years ago 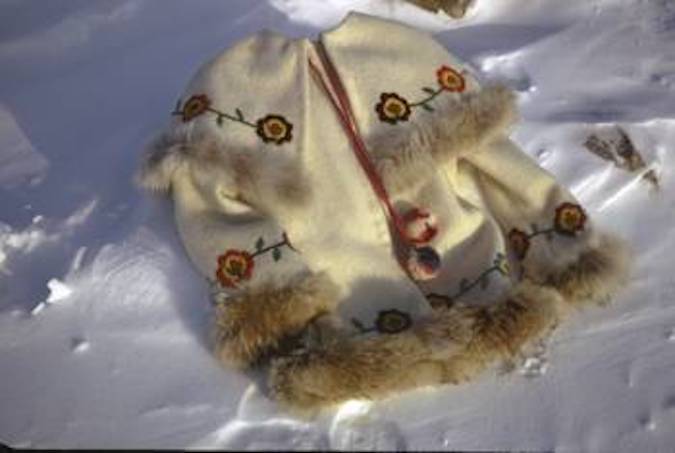 McGrath and Alookee launched Arnaqarvik in 1972 to create a gathering space and venue for women in Taloyoak to come together, hone their skills and tell their stories through arts and crafts. 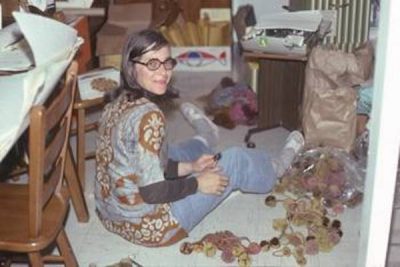 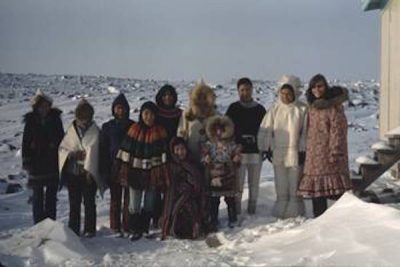 Over the next two years, the collective helped foster a local craft industry that allowed Inuit families to use their traditional skills while joining the wage economy.

Female artisans from Arnaqarvik began selling their craftwork and fashion across North America.

Back then, it was done through contracts they were awarded. Their first major one was to design and produce nearly 400 uniforms for Team Northwest Territories at the 1974 Arctic Winter Games.

The craft collective now lives on through Taluq Designs, established in 1995 to allow the women to expand their sales.

For Arnaqarvik’s 50th anniversary this year, McGrath and other members partnered with Pitquhirnikkut Ilihautiniq/Kitikmeot Heritage Society to compile and document the group’s legacy of artwork and relationships in a digital archive.

In July, the society launched the Arnaqarvik knowledge bank, an archive and database of more than 400 art pieces, crafts, photographs and items that are part of the collective’s history and stored locally and in other museums and collections.

The purpose, said Brendan Griebel, heritage society manager of collections and archives and project lead, is to bring all the information and objects related to Arnaqarvik “into one spot where people who are interested in the history of the project can be reviewing all of these different records or contributing to them.”

To get the community involved, the database allows people to share what they know about a particular object or artwork. They can do this by submitting text, audio or video recordings to the archive. 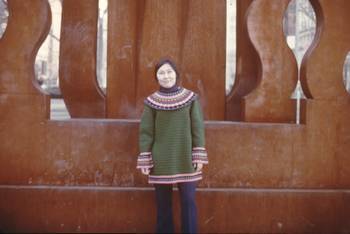 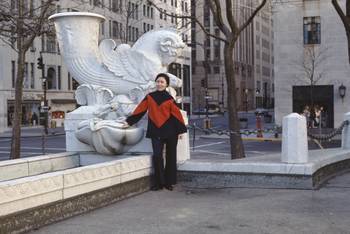 Griebel said letting people share what they know about items in the Arnaqarvik collection is a way to “democratize” data and history.

“We brought a lot of these pieces from museums into this new space where they start out as the original records, but then are opened up to anyone to contribute to them,” Griebel said.

“So an elder familiar with the piece can press the green button and just talk right into the browser, either through video or audio, and start overwriting this museum record and adding their information to it.

“It basically opens up [the art to] interpretation, and to innovate and bring multiple different perspectives on that piece.” 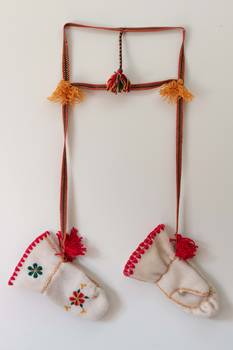 Mitts in traditional style, embroidered duffle with finger woven harness. This object is part of the personal collection of Joan Creighton, sister to Judy McGrath. Over the course of Judy’s time in Taloyoak, she would regularly send Arnaqarvik-made items to Joan and family for special occasions. (Photo courtesy of Kitikmeot Heritage Society) 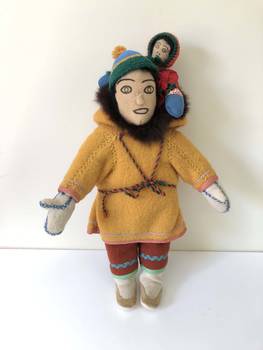 Doll with baby by Peeteekootee, made with duffle, leather, cotton, embroidered faces and crochet caps circa 1974. This is part of the collection of Joan Creighton, sister to Judy McGrath. Over the course of Judy’s time in Taloyoak, she would regularly send Arnaqarvik-made items to Joan and family for special occasions. (Photo courtesy of Kitikmeot Heritage Society)

Griebel calls the database “digital repatriation” — everyone has access to their history, across generations and across geography.

“People don’t have the huge amounts of money or time that is required to set up an appointment at one of these museums, to travel down to a southern museum and visit these collections in person — it’s a really hard thing for most people to do,” Griebel said.

“This is a step we found that’s halfway in between: it’s not as good as having physical objects on site, but it still allows people to connect with [their history] …”

McGrath, who helped develop the database and travelled to Taloyoak with some of the actual arts and crafts that were part of her private collection in October 2021, said creating a digital database was her “passion.”

Along with the travelling collection, she said the database allowed her to see firsthand how interested young people from the community are in engaging with and responding to their history.

“It really brought home to me the importance of taking [the collections] back to the community for the community to actually feel and see it firsthand — and what it would have meant to all generations and the younger generations to know what the older generation had done,” she said.

“Those pieces don’t exist in the community, so the younger people had no idea about them. Fortunately, most young people today are tech savvy.” 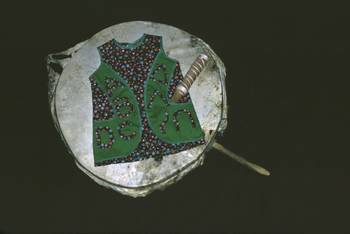 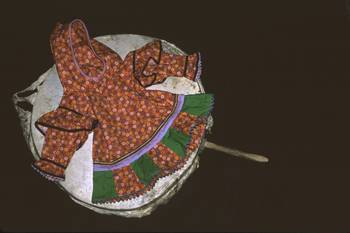 For McGrath, the new database is ultimately a way to keep the lives and legacies of the Taloyoak women who were part of Arnaqarvik alive.

“It was a great privilege for me to witness the transformation of the women of Arnaqarvik and their determination to engage in the wage economy and the world of art on their own terms,” she said.

“Today, each of those pieces created by them are like heartfelt letters home to the younger generations, hopscotching from ancient traditions to Arnaqarvik to a permanent website in the digital age.”