‘This type of practice is prohibited by Inuit culture,’ says Kivalliq Hunters and Trappers Organization staffer 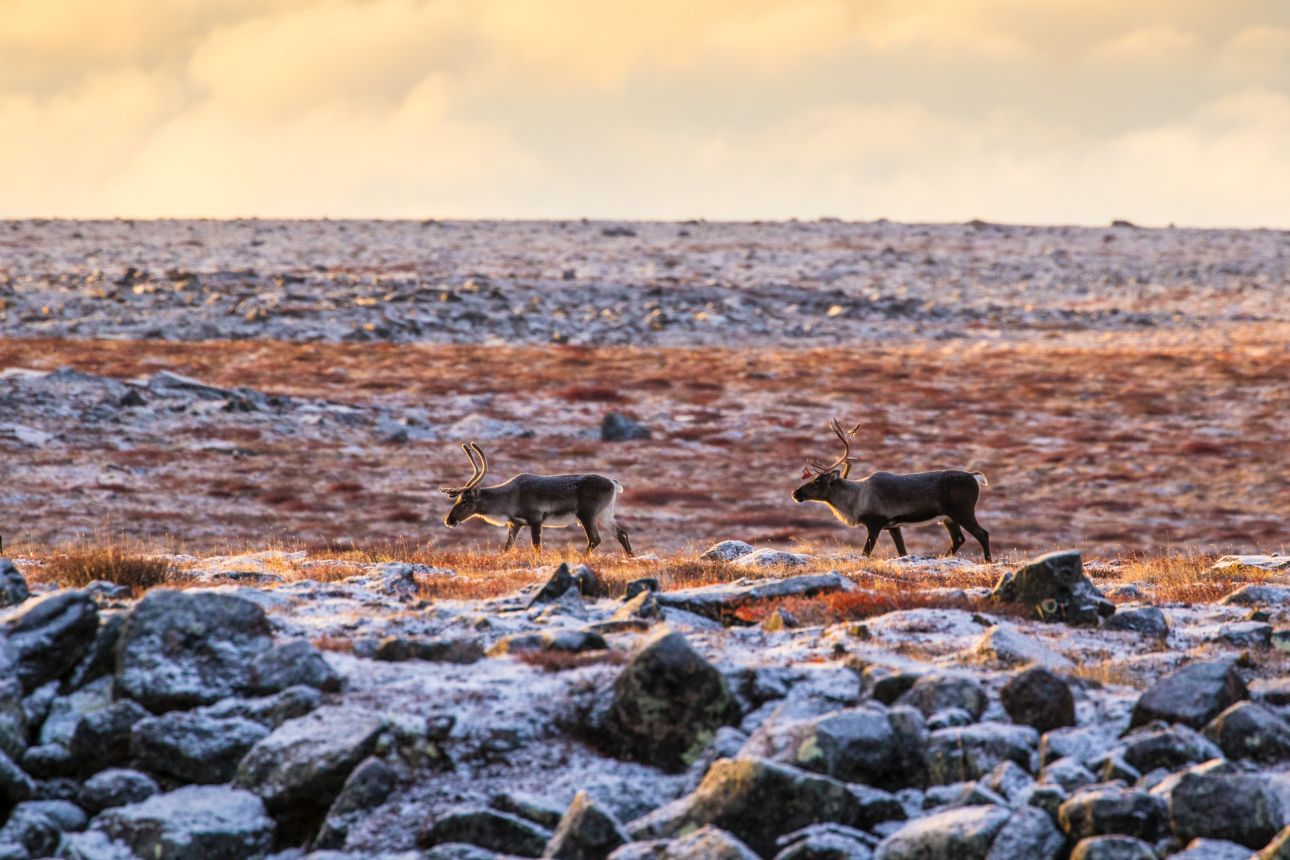 The Kivalliq Hunters and Trappers Organization is reminding residents that it’s illegal to waste the meat of caribou, such as these seen wandering across the tundra near Rankin Inlet. (File photo courtesy of Agnico Eagle Mining Ltd.)

Some hunters in Rankin Inlet have been wasting caribou meat — and that needs to stop, says the Kivalliq Hunters and Trappers Organization in a recent open message to the community’s hunters.

“This type of practice is prohibited by Inuit culture,” said Thomas Comer, an employee and spokesperson for the organization, in a release posted on social media.

“If there are certain parts of the meat which you do not wish to keep, please bear in mind that there are elders and other members of the community who will gladly take the meat.”

Hunters are legally allowed to leave the head, legs below the knee and guts behind — and the skin can also be left behind depending on the time of the year.

But those who leave more than that could face a fine of $575 for breaking the Nunavut Wildlife Act.

“If you witness this type of practice, please do not hesitate to report this,” said Comer in the message.

“The Wildlife Department needs you as a witness to complete the legal process in procuring a fine.”

Comer told Nunatsiaq News that hunters who take just parts of the caribou should be considered “poachers.”

“They don’t deserve to be called hunters. Why are they taking just parts of the caribou? Poachers are well known for their love of money and these people fall into that category quite descriptively,” he said.

“A genuine hunter never leaves any parts of the caribou behind that is edible.”

The Nunavut government has also posted signs around Rankin Inlet with a reminder to hunters that it’s illegal to waste the remains of a hunt.

Earlier this year, Cathy Towtongie, MLA for Rankin Inlet North–Chesterfield Inlet, also brought up the waste of meat in the Nunavut legislature.

“I want to support hunters that hunt properly, but then there seem to be many other people who just kill caribou and leave it behind,” she said in March.

“Additionally, sometimes we can see caribou that has been hunted and just thrown away because they don’t have any fat. They just get left behind. They just get the tongue, and that is not the traditional Inuit way.”

The caribou fat, or tunnuq, is considered to be one of the best parts of a whole caribou, which can sell from $400 or more on various Facebook groups for the selling or swapping of country foods.

The population of the Qamanirjuaq herd, harvested by hunters in the Kivalliq region, is in a healthier state than many others in northern Canada, but in 2018 it was still in decline.