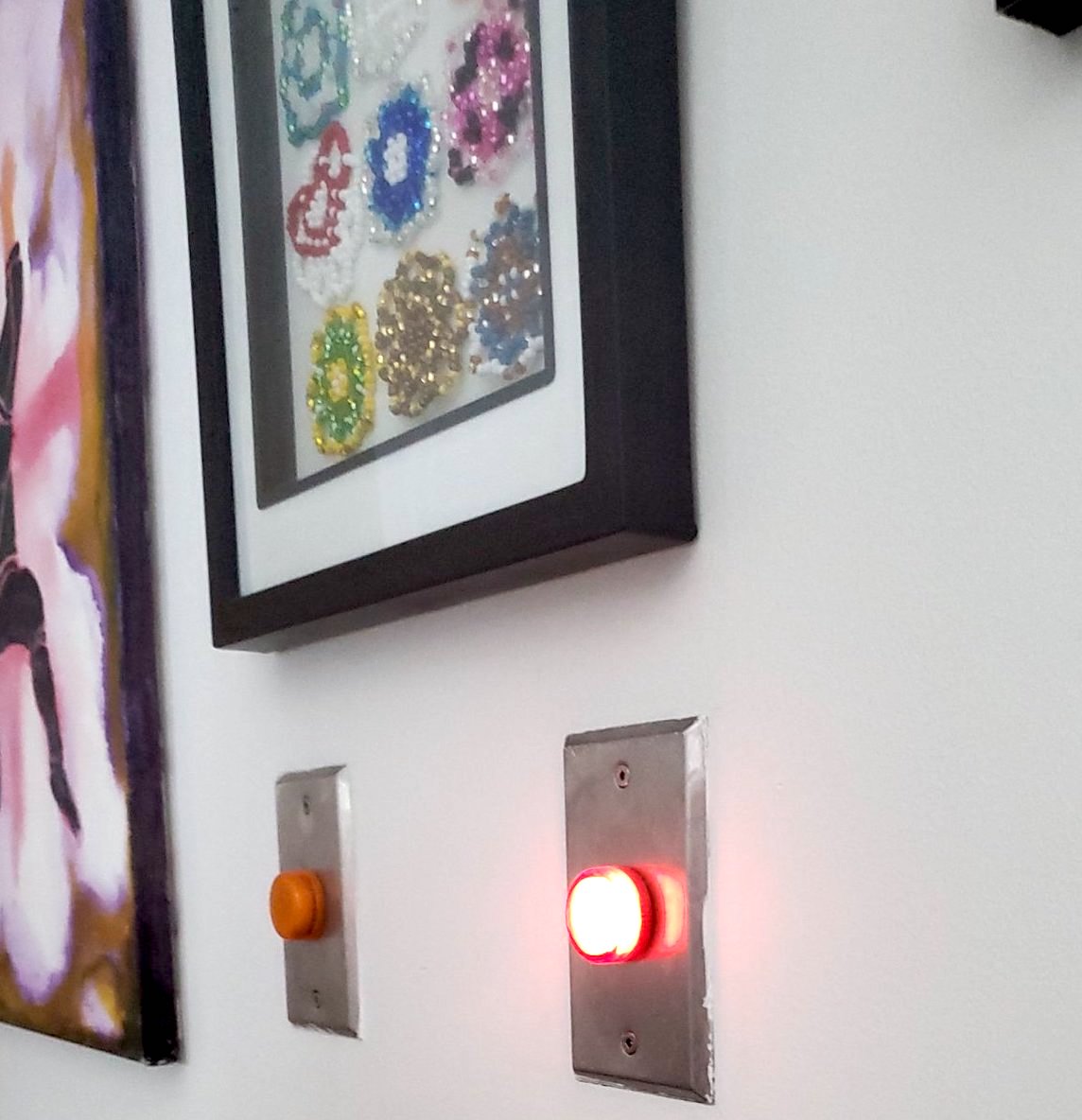 Inukjuak is down to one truck for wastewater pickup

Washing your hands is one of the main ways that public health officials are urging people to help curb the transmission of COVID-19.

But in the Hudson Bay community of Inukjuak, that can be hard to do.

Some neighbourhoods in Inukjuak look like they are decked out for Christmas with red lights everywhere.

That’s not really the case: the lights go on when the septic tanks are full.

For most people, this situation means they can’t use their water, because it can’t flow into a full septic tank.

In Inukjuak, as in most northern communities, drinking water is delivered and wastewater is picked up by trucks.

As of Nov. 20, Johnny Kasudluak hadn’t seen a wastewater pickup in 10 days.

And his light had turned red Nov. 17.

Back to Day 0 since last empty. https://t.co/rVlvyTWsve

But Kasudluak may be among the lucky ones in this community of about 1,800.

Some people have gone 14 days with no pickup because only one of the community’s three sewage trucks is working.

It’s been like that for about four weeks, he said.

When his septic tank was full, Kasudluak managed to bypass the system so that water could still run.

“I live in an older home so I’ve been able to bypass the stop switch for the water,” he said. “Most homes don’t have access to bypass it. So we are able to have water. Unfortunately, showers have stopped, washing clothes and dishes have stopped.”

When the septic tanks are full, some people in town have resorted to draining their washing machine water into a garbage bin then dumping it outside, he said.

They also have collected shower water and tossed that outside.

Meanwhile, Inukjuak has seen two cases of COVID-19 since the start of the pandemic last March.

Maintaining good hygiene is among the advice that the Nunavik Regional Board of Health and Social Services has repeated to people in the region.

The health board says Nunavimmiut should keep up measures such as washing hands, along with wearing a mask, keeping a two-metre distance from others, coughing and sneezing into your elbow, and staying home when flu-like symptoms are present.

Water woes in Inukjuak are not new: the Quebec ombudsman, the provincial watchdog for public services, undertook an investigation into the water shortages in Inukjuak in 2019.

The ombudsman concluded the water shortages had compromised the quality of care at the Inukjuak health centre and gave the Nunavik Regional Board of Health and Social Services a deadline to show it had responded to the recommendations in the ombudsman’s report.

Problems with municipal water and sewage trucks also include a chronic lack of mechanics to keep them in running shape and high levels of staff absenteeism among water truck drivers.

These problems are not unique to Inukjuak but also regularly affect other Nunavik communities.

Nunatsiaq News contacted the Kativik Regional Government, which is in charge of municipal services in Nunavik, and the region’s health board for comment but has not received a response.

Officials at the Northern Village of Inukjuak could also not be reached for comment.