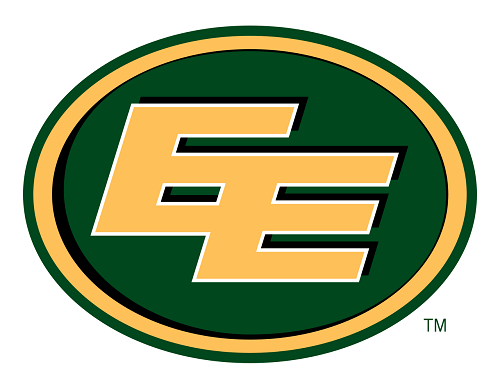 “The team name … was originally chosen more than 100 years ago out of acknowledgement, perseverance, and hardiness of Inuit culture,” the CFL’s Edmonton Eskimos said this week. (File photo)

The Canadian Football League’s Edmonton team says it originally took its controversial name to acknowledge the “perseverance and hardiness of Inuit culture.”

As the Edmonton Eskimos football club reviews its controversial name amid renewed calls for a change, the team has said little of its origins up until now.

The explanation of the name came only as an introduction to a question in a recent online survey the club published earlier this week, prepared by Abacus Data, as part of the team’s efforts to consult stakeholders and Inuit communities.

The CFL team was founded in 1949, but a number of sports teams in Edmonton have used the same team name dating as far back as the late 1800s.

“The name Edmonton Eskimos was originally chosen more than 100 years ago out of acknowledgement, perseverance, and hardiness of Inuit culture,” the survey question read. “If the team celebrated and contributed to this more, do you think it is best if the team keeps the Eskimo name or chooses a new name, and do you feel strongly or only slightly of that view?”

The survey, which a team spokesperson said was targeted at ticket buyers and stakeholders, was available for the general public to respond to. It was, however, short-lived—the survey was posted on July 13 and taken down mid-day July 14.

Another question in the survey asked: “Thinking about the name of the team, would you say you love it, like it, could take it or leave it, don’t really like it, hate it?”

The @EdmontonEsks put out a survey as some sort of attempt to justify their inappropriate name. Here are some of the questions, I guess they’ll be able to tell which one is mine. pic.twitter.com/eLyg1VYUj9

Yet another asked: “After the debate that has been happening it would be harder to feel good wearing Eskimos branded gear publicly?” or “I think there is too much ‘cancel culture’ today,” which then offered respondents a chance to agree or disagree.

“The ticket buyer portion of the sampling is now complete and being tabulated by Abacus Data,” a team spokesperson told Nunatsiaq News. “The review continues with several different consultation efforts underway. We’ll continue to listen carefully with an open mind and remain committed to providing an update on these discussions by the end of this month.”

This week, the franchise finally released some findings from its consultation with Inuit communities earlier this year, outlined in its 2019 annual report.

That research found that 78 per cent of western Arctic Inuit oppose the team changing its current name, the report said.

“For the Inuit who view the [team] name positively, the dominant theme is pride,” the report said.

Despite those numbers, the football team is facing increased pressure to change its name. Although there have long been calls by Inuit Tapiriit Kanatami and others for the CFL to reconsider the name, a few of the football’s clubs sponsors have weighed in in recent weeks.

Boston Pizza ended its partnership with the team last week, while Belairdirect has said its continued support will be contingent on a name change.

As well, the Washington Redskins recently announced they would change their team name, which has long been considered a slur against Indigenous peoples.

#edmontoneskimos @EdmontonEsks this is not just about Inuit or Eskimo, it is about choice, ᐃᓅᔪᖓ, I am Inuk-we chose that not Eskimo-ᖑᔪᖓ, not choosing-being labelled is oppression. Inuit can choose what we want to be called, non Inuit can not choose what to call us.