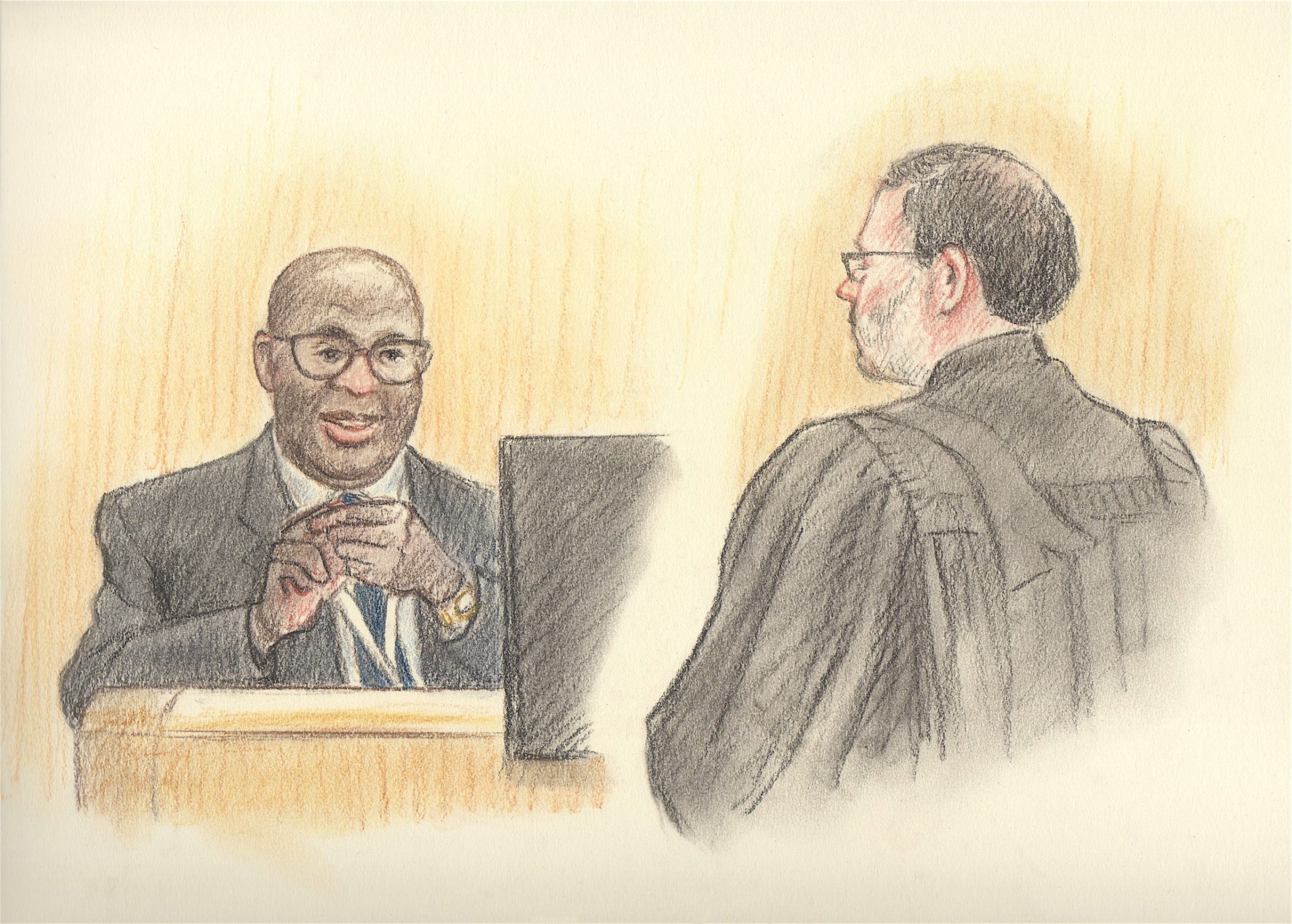 Forensic pathologist Dr. Alfredo Walker testifies as an expert witness in the trial of Tyler Hikoalok, who is charged with first-degree murder in the 2018 death of volunteer librarian Elisabeth Salm in Ottawa. Crown prosecutor Brian Holowka stands to the right. (Courtroom sketch by Lauren Foster-MacLeod)

The trial of a Cambridge Bay man charged with first-degree murder in the death of an Ottawa woman in 2018 continued Monday with details of the 54 documented injuries the victim suffered.

Tyler Hikoalok, 22, is charged in the 2018 Ottawa death of Elisabeth Salm, 59, a librarian at the Christian Science Reading Room at 141 Laurier Ave. West. He has pleaded not guilty.

Court was told that on May 24, 2018, Salm was found badly beaten and unresponsive in the study room of the centre after her usual morning shift.

On Monday, the jury heard testimony from Dr. Alfredo Walker, an international expert in forensic pathology and professor of medicine at the University of Ottawa.

Walker, who reviewed the post-mortem report of Salm’s condition, spoke of the extent of her injuries which he said were indicative of blunt force trauma.

Salm suffered 54 separate injuries to her face and body.

They included extensive purple bruising to her forehead, eyes, jawline, chest and the back of her arms and abrasions on her tongue, neck and face.

She also sustained connective tissue hemorrhaging inside her neck, which could be caused by forceful gripping, and fractured ribs, which could not have been fractured during attempts at CPR, Walker testified. 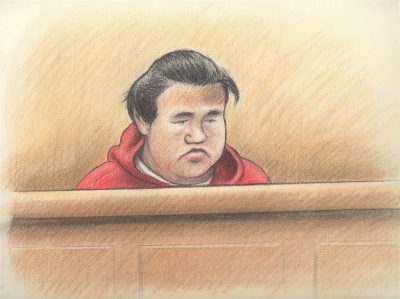 Tyler Hikoalok sits in the prisoner’s box on Sept. 13 at the Ottawa courthouse. Hikoalok faces a first-degree murder charge in the 2018 death of Elisabeth Salm. (Courtroom sketch by Lauren Foster-MacLeod)

Salm also suffered multiple abrasions to her outer genitalia and rectum. A special dissection of the area was performed which showed no internal injuries, but Walker testified the visible injuries on the outside were not normal and “could be the result of forceful penetration.”

The jury was also shown computer-generated 3D images of Salm’s injuries rather than photographs.

Walker testified that a severe degree of blunt force would be necessary to cause the type of fractures and abrasions Salm suffered.

They could not, for example, be the result of a fall.

“Bone is the densest tissue in the body,” Walker said.

“The multiplicity and nature of the injuries [is] indicative of having been sustained in a non-accidental manner.”

The cause of death was determined to be a traumatic brain injury.

The trial started Sept. 12. In the first week, the jury heard testimony from Salm’s family and from the colleague who found her after the attack, as well as the first responders who rushed her to the Ottawa Civic Hospital and the trauma surgeon who treated her for her injuries.

Other witnesses expected to take the stand this week included the Ottawa police officers who arrested Hikoloak in 2018, and friends and acquaintances of the accused.

Judge Anne London-Weinstein is presiding over the trial, which is expected to take five weeks.