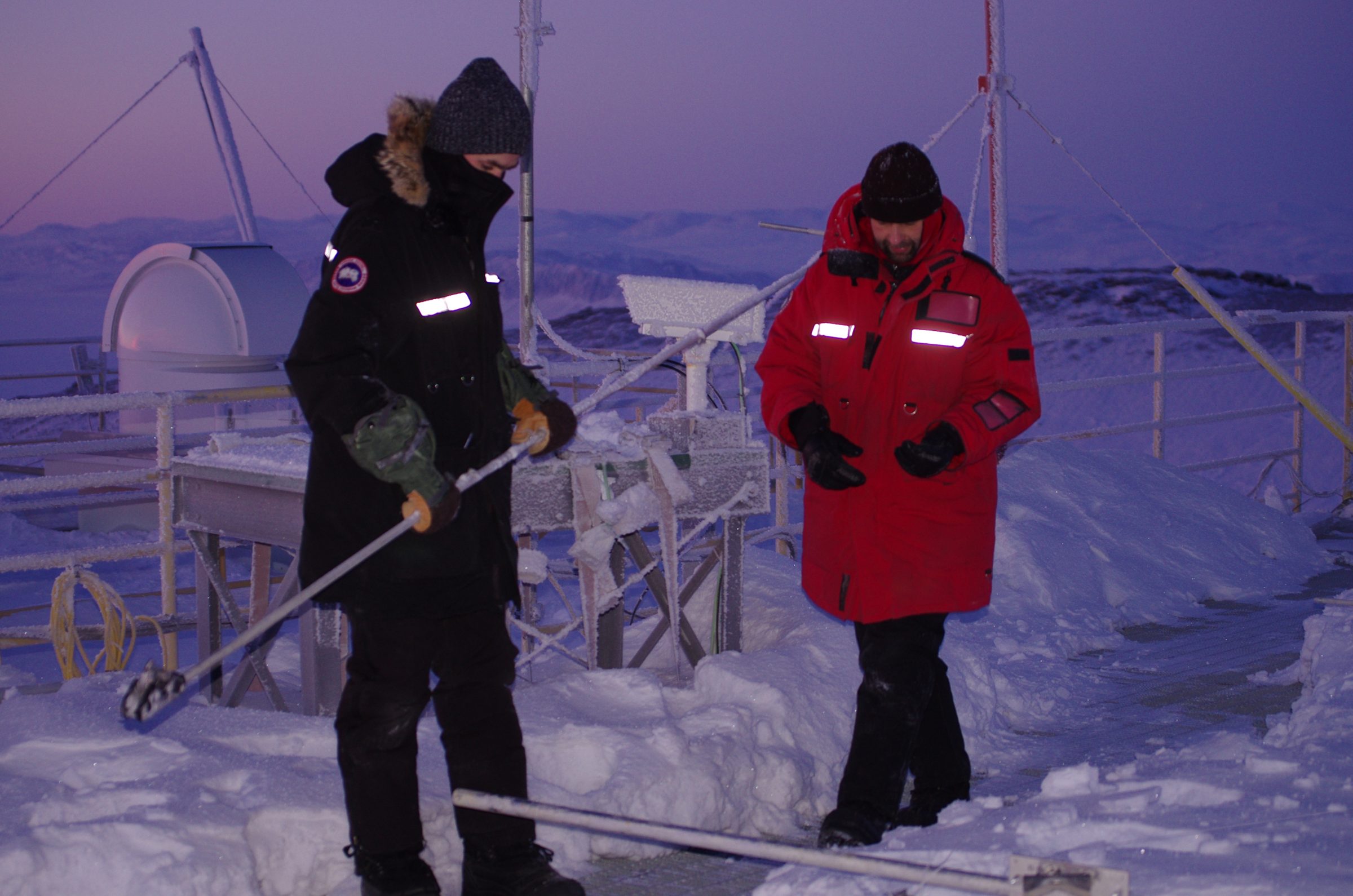 Alex Tikhomirov, on the left, an Arctic atmospheric researcher from Dalhousie University, works on an amateur radio antenna used by the Eureka Radio Club. (Photo courtesy of Eureka Radio Club)

Fogal is a station manager at an atmospheric research station on Ellesmere Island known as PEARL, or the Polar Environment Atmospheric Research Laboratory. But he’s also an amateur radio operator, so when he’s calling out “CQ” over HF radio, he’s doing so as part of his hobby.

Amateur or “ham” radio uses non-commercial radio frequencies to exchange personal and non-commercial messages. From Eureka, where he and another researcher run an amateur station during their work postings, Fogal has spoken to other amateur radio operators around the world.

“I get asked a lot about the weather,” said Fogal, speaking to Nunatsiaq News from his desk at the University of Toronto.

Right now, amateur radio operators can use contact with the rare Nunavut station to get points for non-commercial radio competitions.

But when the first weather and research station opened at Eureka in 1947, amateur radio was the most reliable way for staff to make any kind of personal contact with the south. That’s especially since mail didn’t always make it to the remote posting.

There were two amateurs in the first set of six Canadian and American staff who opened up the Eureka station. They weren’t given the right equipment to do amateur radio, but operators ordered some parts and built up ham radio equipment over the following decade. The original call sign for Eureka’s amateur radio station was VE8MA.

At that time, amateur radio operators would have connected with another amateur in the south who could set up what’s called a phone patch. The Ellesmere station would also have been in daily communication with other research posts on the Queen Elizabeth Islands, like those at Resolute Bay, Mould Bay and Alert.

But as communication became more reliable, and satellite internet came to the High Arctic, amateur radio had become largely obsolete in Eureka, until Fogal and his colleague Alex Tikhomirov started operating as amateurs from the station in their spare time.

Two years ago, 2017, marked the 70th anniversary of amateur radio at Eureka. In recognition of this, Fogal, and Tikhomirov were given a licence to run a new station at Eureka. That’s the station VY0ERC. There are now around 16 members of the Eureka Radio Club, and the two founders are always looking for more members, and more contacts. The station has logged over 10,000 contacts. 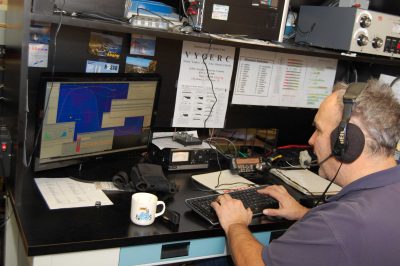 Pierre Fogal works at the VY0ERC radio station in Eureka, from the PEARL research lab.

But running amateur radio in the High Arctic isn’t always easy, even when it’s as a hobby. The radios use all different sizes of antennas, large and small, and some have been built by Fogal and Tikhomirov.

“The wind and frost and ice that can build up there is very destructive to antennas,” Fogal said.

In the fall, radio operators have to worry about northern lights, which will absorb, scatter and bend radio frequencies.

“There is an oval shape region of the polar atmosphere—we refer to it as the aurora oval,” Fogal said. “Eureka happens to sit pretty much dead centre in that, and the oval and the auroral process has a negative impact on radio frequencies.”

“Those good aurora days are bad radio days,” he said.

When the sky is clear of aurora, a lack of light makes operating ham radio more challenging than in southern latitudes.

“Some frequencies work better during the daytime, which is high frequencies,” said Tikhomirov. The club has antennas for radio frequencies that work best in the summer when it’s light all the time, but right now they’re running a fundraiser to purchase antennas that are more reliable during the winter months when it’s dark from late October until late February.

The club has had a good response on that fundraiser, likely from other hobbyist radio operators looking to support ham radio competitions globally. VY0ERC is one of only a few working amateur radio stations in the frequency area known as Zone 2, which stretches across all of northern Canada, from Yukon over to east Greenland.

“We are the rare station because we are located so far in the North,” Tikhomirov said. “People chase this station in order to get awards.”

Because of work schedules, the two men only operate the radio station at Eureka part-time, for a few weeks at a time, five to six times a year. They are able to operate some parts of the station remotely, and other amateurs can search for VY0ERC through satellite radio.

Fogal did say that the Eureka Radio Club is largely reliant on continued operations at PEARL, a station that has closed in the past when research there goes unfunded. 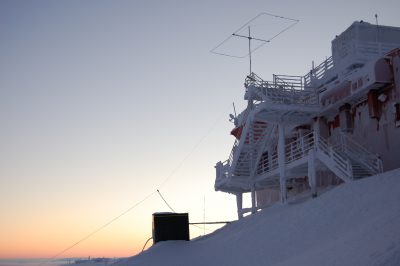 An antenna used by amateur radio operators at the PEARL lab. Other hobby radio operators globally work to contact the amateur station at Eureka to win high-frequency radio competitions.