A former Nunavut teacher who created an uproar in Coral Harbour two years ago, when he posted a doctored picture on Facebook depicting an ex-girlfriend as an ISIS terrorist, has lost his legal right to work as a teacher in Ontario public schools.

The Ontario College of Teachers, following a hearing held by its discipline committee on June 20, found that Moses Suzuki, 44, is guilty of professional misconduct.

Two Toronto lawyers who act on behalf of the teachers college, Steven Chadwick and Ava Arbuck, told Nunatsiaq News in an email that the discipline committee’s written decision, with reasons, will likely be published “within a few weeks.”

However, the discipline committee’s oral decision is already noted on the “Find a Teacher” section of the college’s website.

Because of that decision, the teachers college revoked Suzuki’s certificate of qualification and registration and ordered him to pay costs of $10,000.

This means he is no longer a member of the teachers college and may not teach in publicly funded Ontario schools.

Suzuki, who graduated from York University in 2002 with a bachelor of arts degree and from the Ontario Institute for Studies in Education in 2011 with a bachelor of education, received his first Ontario teaching certificate on Aug. 29, 2011, a teachers college document says.

The allegations that the discipline committee dealt with include allegations of questionable behavior in Manitoba during the 2013-14 school year, which predate his employment in Nunavut, which covered the 2016-17 school year.

The general allegations against him include failing to maintain the standards of the profession, abusing students verbally, psychologically or emotionally, and engaging in disgraceful, dishonorable or unprofessional acts.

The college’s notice of hearing does not give the name of the school in Manitoba where Suzuki worked in 2013-14, the name of the community or the identities of the people connected to the Manitoba allegations. 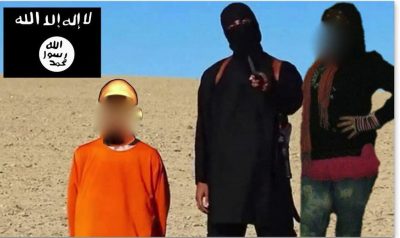 This image created an uproar when ex-teacher Moses Suzuki posted it on Facebook in March 2017.

The specific Manitoba allegations, related to things that Suzuki did before he moved to Nunavut to work at Sakku School in Coral Harbour, are:

• That he made obscene, offensive and/or demeaning comments via Facebook to a female student in Manitoba, known only as “Student 1” on or about Feb. 25, 2014.

• That he made obscene, offensive and/or demeaning comments on Facebook to the parent of Student 1, including comments about Student 1, on or about April 24 and April 25, 2014.

• That on or about May 17 and/or May 18, 2014, he invited or permitted a student and/or students to spend time in his home late at night.

• That on or about May 17 and/or May 18, 2014, he invited or permitted a student and/or students to consume alcohol in his home.

As for Suzuki’s short stint as a teacher in Nunavut, he faced one allegation:

• That in March 2017, he posted an image on Facebook that suggested a former girlfriend was associated with terrorists and/or a killing.

The last allegation is connected to a social media controversy that erupted on March 27, 2017, after Suzuki posted a bizarre image on Coral Harbour’s Salluit Sallirvaluk community Facebook group.

The picture was based on a screen shot from an ISIS video that showed the beheading of American journalist James Foley.

Suzuki pasted his own face on top of Foley’s orange-clad body. On the right, he pasted an image of a local Inuk woman, raised in Coral Harbour and a convert to Islam, who had been in a relationship with Suzuki.

That image showed the Coral Harbour woman standing beside a knife-wielding ISIS executioner.

The next day, multiple parents in Coral Harbour, some fearing a bomb threat, kept their children home from school. Only 160 of 285 students attended Sakku School that day.

About a week later, the Department of Education in Nunavut terminated his employment “without cause.”

Under the Nunavut Teachers Association collective agreement, a Nunavut teacher in their first year, on a one-year probation term, can be fired without cause by the end of the academic year, by written notice.

Suzuki’s Facebook page now suggests that he is working as a stand-up comedian and actor in Winnipeg.