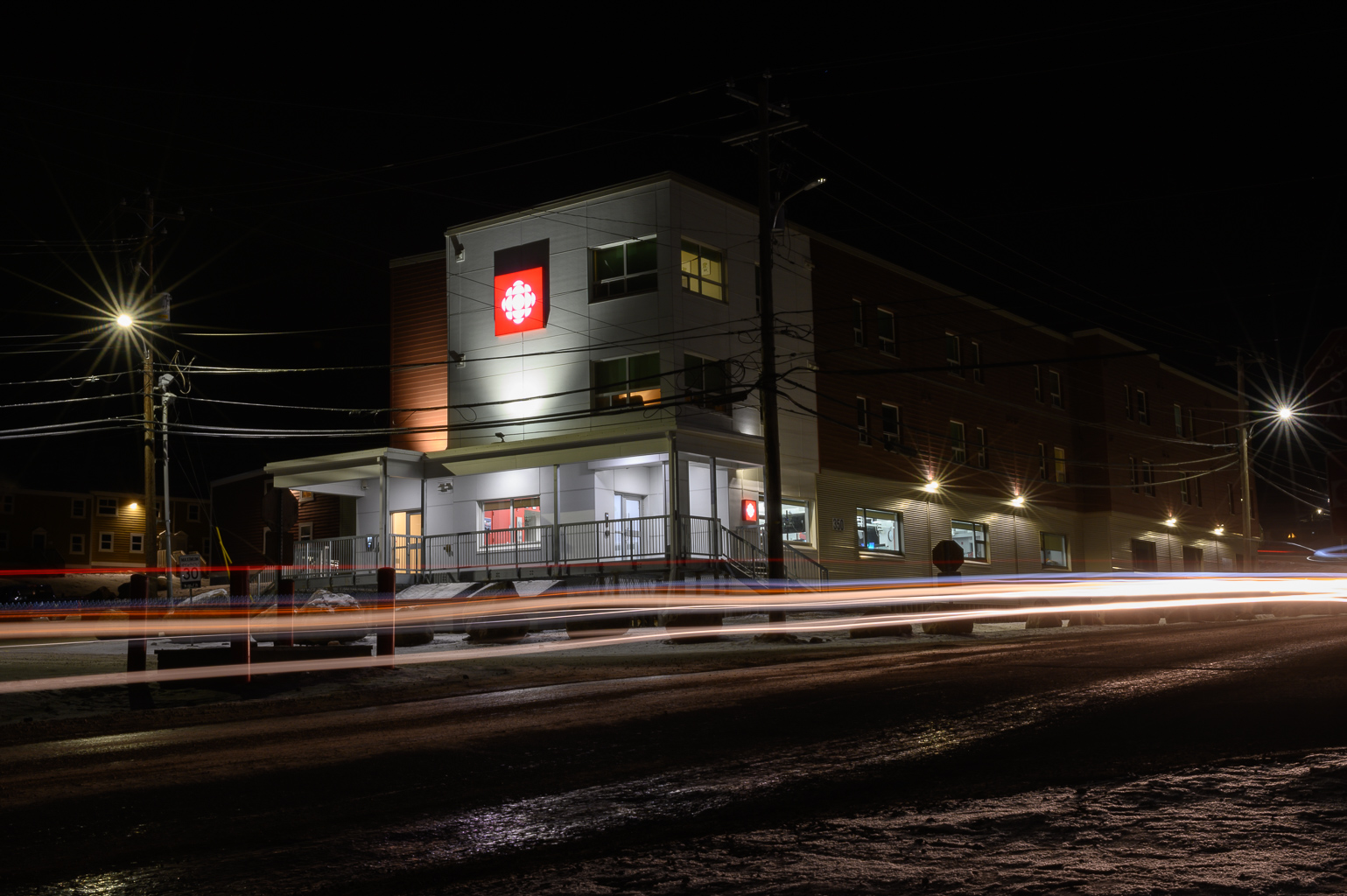 Here’s CBC North’s current facility in Iqaluit, located in space leased from Nunastar Properties across the road from Arctic Ventures Marketplace. Like their colleagues across the northern territories, CBC Nunavut staff are mostly opposed to the elimination of Nunavut-specific newscasts, according to several employees. (Photo by Dustin Patar)

CBC North has reversed its plans to cut Iqaluit-based English-language morning newscasts in January and replace them with pan-northern newscasts assembled in Yellowknife.

CBC North reported the reversal of policy this morning, following an uproar among CBC staff, CBC listeners and some northern politicians.

The turmoil began when the managing director of CBC North, Janice Stein, described the new plan in an email to CBC workers on the morning of Monday, Nov. 18, provoking an immediate backlash.

In response, CBC North staff across the three northern territories launched an open rebellion against their employer and leaked Stein’s internal email to other news organizations.

“It feels like a bomb dropped in our newsroom this morning,” one employee said in part of an internal email thread that Nunatsiaq News was permitted to see.

To protect them from workplace repercussions, Nunatsiaq News is not publishing the identities of the CBC workers who communicated with us for this story.

That prompted Yukon Premier Sandy Silver to fire off a letter to Nunavut Premier Joe Savikataaq and Northwest Territories Premier Caroline Cochrane, urging them to join with him in sending a letter of protest to CBC’s national president, Catherine Tait.

In his suggested draft letter, Silver said CBC’s proposed pan-northern newscast system ignores the distinct cultural and regional differences that exist across the three territories and that the move would have breached CBC’s legislated mandate, which is set out in the 1991 Broadcast Act.

At the same time, in Iqaluit, Coun. Kyle Sheppard said that on Tuesday that he planned to ask city council to write a similar letter.

CBC North already does a single pan-northern English newscast every afternoon from Whitehorse, broadcast every weekday at 5:30 p.m. eastern time.

In her email to staff, Stein said that, starting this January, CBC North would replace them with a single set of English-language pan-northern newscasts broadcast from Yellowknife.

They would be called “blended” newscasts, which means they would have used material from reporters based in all three territories, delivered simultaneously.

The reorganization would not directly affect Nunavut- or Nunavik-based Inuktitut newscasts or programming in any other Indigenous languages, Stein said in an interview with Yellowknife online news service Cabin Radio.

Right now, CBC North’s Inuktitut newscasts are translations of newscasts that are first prepared in English.

In her email, and in in subsequent interviews with Yellowknife media, Stein said the move had been intended to free up staff so they had time to work on other tasks related to four priorities contained in a new strategy ordered by CBC President Catherine Tait.

“It will add resource to program teams in Yukon and Nunavut as they develop new digital services, initiatives to deepen community connection and engage with young audiences,” Stein said in the leaked email.

She also said CBC radio reporters would have been asked to change the way they package and report news.

Under those changes, staff would have been asked to do fewer “voicers.” Those are packaged stories in which journalists report or explain news stories using a recording of their own voices.

Instead, they would be asked to emphasize sound clips and scripted material.

“We will also change the thrust of the English radio newscasts to focus on clips. Voice reports will be the exception,” Stein said in her Monday email.

Stein has not immediately responded to an email and a telephone message from Nunatsiaq News seeking comment.

But an overwhelming majority of CBC staff were opposed to the new newscast system, according to several CBC employees.

And many complained that managers did not consult them before making the decision, which arose out of a pan-northern CBC managers’ meeting held last week.

“This decision is a bad decision that will have negative outcomes if they go through with it and uniformly, the CBC employees recognize that this decision should not be made,” a CBC North staff member from one of the three territories told Nunatsiaq News after a guarantee of anonymity.

“Our audience will absolutely hate this decision, no matter how you try to spin it. People want more local coverage and this achieves the opposite of that,” one employee said in an email.

Others feared that Inuktitut programming, which right now is broadcast from Iqaluit, Rankin Inlet and Kuujjuaq, could eventually suffer.

Although CBC management has said the new newscast system was for English newscasts only, some fear the implied reduction of English service will create a “ripple effect” that will lead to a reduction of Inuktitut services.

Last year, shortly after Tait’s appointment as the CBC’s president, she pledged that “local and regional CBC content, across the board, is the heart of the organization.”