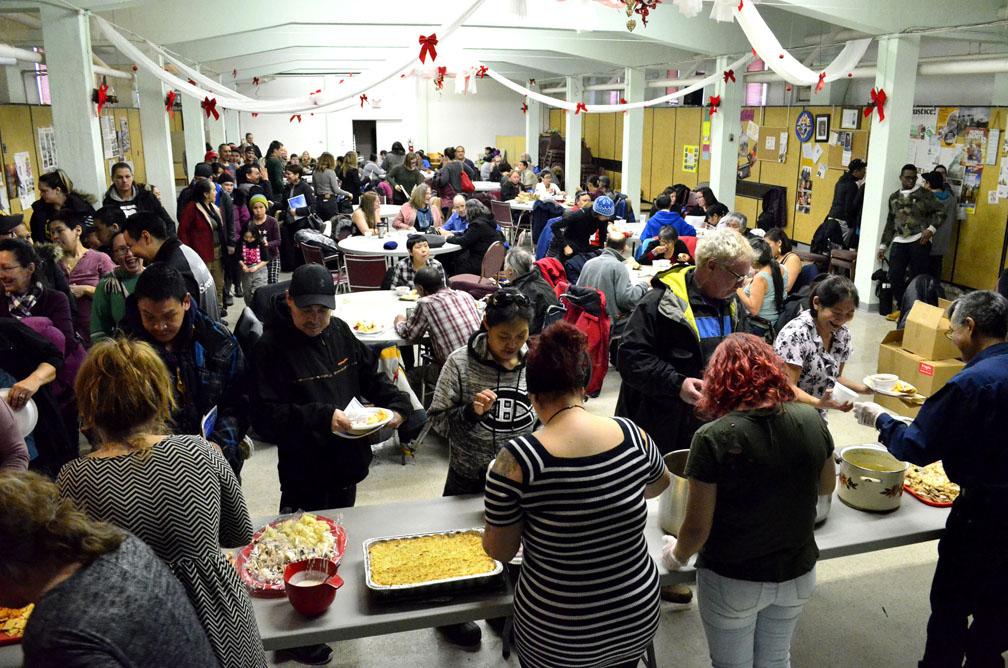 A feast organized in Ottawa by Tungasuvvingat Inuit. Statistics Canada now estimates that about 40 per cent of the Inuit population in Canada lives outside Inuit Nunangat. (File photo)

A federal Indigenous training program that Carolyn Bennett, the minister of Crown-Indigenous Relations and Northern Affairs, promoted in Iqaluit earlier this month “further marginalizes” the Inuit of Ontario, the head of Tungasuvvingat Inuit said yesterday.

Bennett “announced” the program this past July 8 at a pre-election photo-op in Iqaluit.

The program is called ISET, short for Indigenous Skills and Employment Training, and replaces an earlier scheme called “ASET.” The Inuit-specific component is worth $161.2 million over five years and $32.6 million a year thereafter.

Bennett’s “announcement” in Iqaluit was actually an 18-month-old piece of news that re-hashed a commitment made in her Liberal government’s February 2018 budget.

The federal government has named Tungasuvvingat Inuit as a delivery agent for Inuit training money in Ontario, along with six other agencies located in the various regions of Inuit Nunangat, such as the Iqaluit-based Kakivak Association.

But TI says that although it’s a positive development, they’re receiving no new money in addition to what they’ve already been getting.

And the federal government has not taken into account the explosive growth in the southern Inuit population, and the increased training needs that this creates, TI said.

“Tungasuvvingat Inuit will not receive a single dollar of new money from this additional funding. As the population continues to leave Inuit Nunangat and relocate into the Ottawa and Ontario region, it is very clear that our current base funding is completely inadequate to support the current population of Ontario Inuit,” Jason LeBlanc, the executive director of TI, said in a release.

To support this, TI cites the latest Inuit population estimates from Statistics Canada.

Of those, 31,860—roughly 40 per cent of the total—live outside Inuit Nunangat, StatCan estimates.

“The fact that no additional monies will be allocated to TI means we cannot serve the community in Ottawa and Ontario that requires this much needed funding,” LeBlanc said

After the program’s first five years are completed, Ottawa will contribute $32.6 million per year for Inuit-specific training.

But TI said that’s not helpful to them, because the money is “locked in” for 10 years and as the Inuit population outside the Inuit homeland increases, there will be no new money to meet their job training needs.

“Inuit living away from communities are already vulnerable and TI provides many of the services and programs they use in Ontario. The lack of direct funding will further marginalize the Inuit of Ontario,” the TI release said.

At the same time, LeBlanc said his organization is grateful for the partnerships that they’ve been able to establish with northern organizations like the Kakivak Association and the Kitikmeot Inuit Association.

“Some of our partners in the North do see the value and need for continued investment in their beneficiaries living away from home,” LeBlanc said.