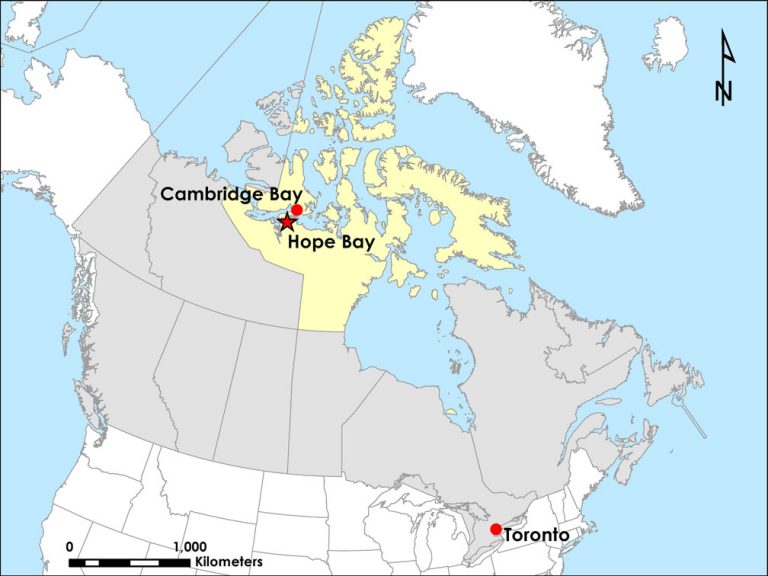 The proposed sale of TMAC Resources Inc. to China’s Shandong Gold Mining Co. Ltd. will not move ahead.

The company put out a news release last night at 9 p.m. announcing the federal government has rejected the plan.

“TMAC and Shandong are in discussions regarding termination of the transaction,” states the release.

The two companies had hoped to seal the proposed sale, first announced in May, by Feb. 8, 2021.

“We have a lot of work to do now on next steps for TMAC and Hope Bay,” he said.

“But Hope Bay has been performing well in the second half of 2020 so we are operating from a better platform.”

TMAC is now looking at ways to reduce its capital expenditures and meet financing requirements.

According to the release, the company had $71.5 million as of Sept. 30, as well as a positive cash flow, which means it has enough money to fund its 2021 sealift. TMAC is now going to focus on how to pay back an unspecified amount of debt, which is set to mature at the end of June 2021.

Shandong Gold had been willing to pay US$150 million for Hope Bay.

Before the deal was finalized, Shandong made an equity investment of about US$15 million to support the cost of TMAC’s sealift this year, by buying 12 million common shares.

Shandong would likely have invested $1 billion to revitalize the mine.

However, under the Investment Canada Act, the federal government had been looking at whether the deal would be likely to increase employment in Canada, as well as economic and other impacts.

The act also allowed Ottawa to review the transaction for national security reasons.

The sale had been approved by 97 per cent of TMAC’s shareholders at a special meeting held in June.

As things stand now, Neal said the gold mine could continue to operate at current levels until the third-quarter 2021 sealift arrives and restart development of its Doris Central and Madrid properties early in 2021.

“I would like to thank the TMAC employees and contractors for their hard work and dedication this year as we have dealt with the unprecedented COVID-19 pandemic and the uncertainties of the transaction,” stated Neal in the release.

He also thanked Inuit communities and Nunavut’s leadership for their patience during the regulatory review process.