Territorial government giving out another 16,000 self-test kits at airports 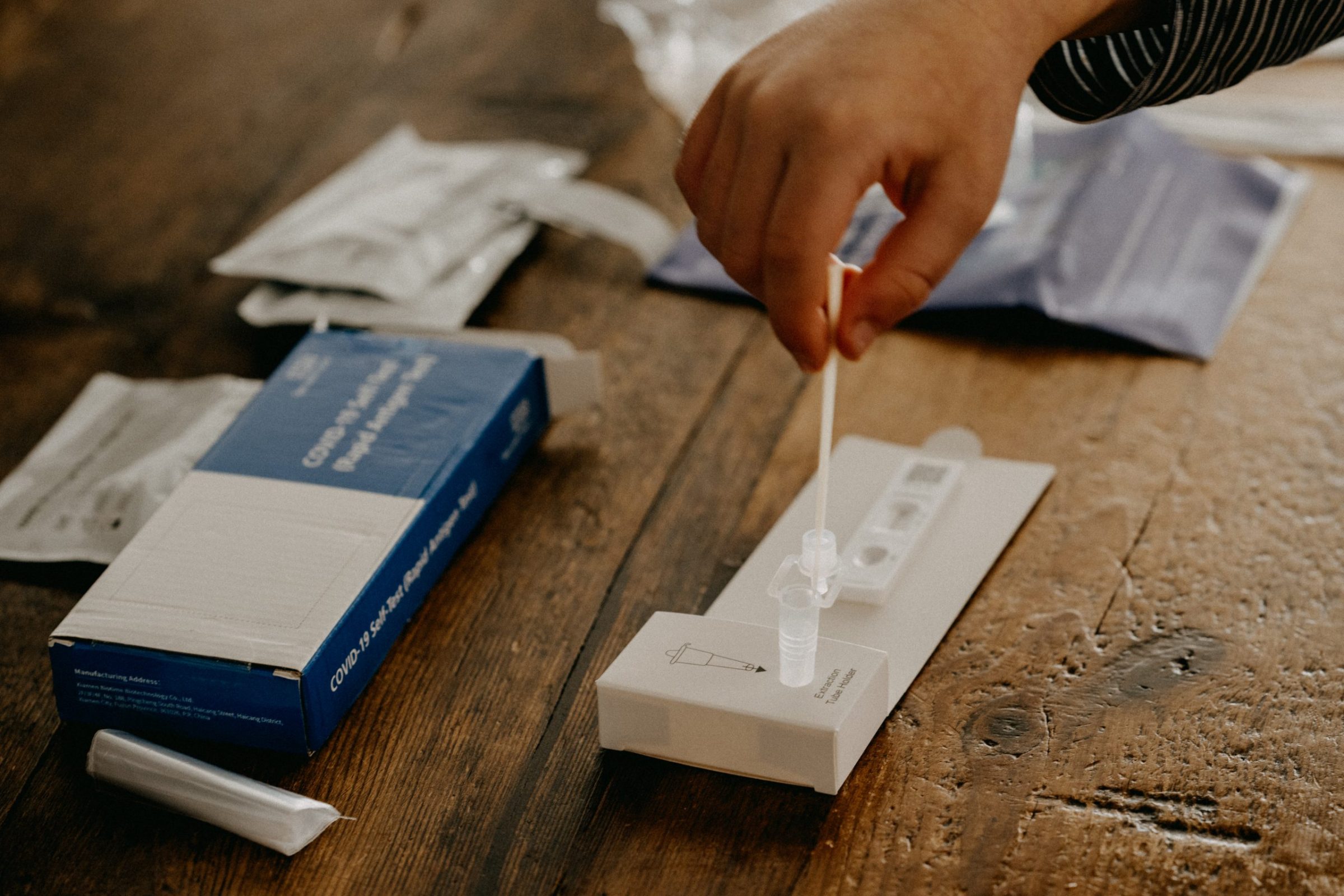 Three types of COVID-19 tests are currently being used in Nunavut, including rapid self-test kits, as seen here. (Photo by Annie Spratt/Unsplash)

The federal government is sending 140,000 COVID-19 rapid antigen tests to Nunavut, but there is no timeline for when they will arrive.

Last week, Canada’s health minister, Jean-Yves Duclos, said enough tests would be distributed to the provinces and territories for each person in Canada to do one rapid test per week in January.

The Nunavut Health Department is still waiting on details about the territory’s portion of those tests, said spokesperson Danarae Sommerville.

The expected shipment also doesn’t appear to include enough tests to fulfill Duclos’s promise in Nunavut. The territory’s population was around 38,780 in 2019, according Nunavut’s Bureau of Statistics’ most recent data.

This means the federal government would have to send more than 155,000 tests to give every resident four tests. Nunatsiaq News has reached out to Health Canada to ask for more details about the government’s distribution formula.

In the meantime, the territorial government does have some rapid antigen tests on hand.

Sommerville confirmed 16,000 kits are available to Nunavummiut travelling into the territory and between communities. These are being distributed at the airports in Winnipeg, Edmonton, Ottawa, Sanikiluaq, Iqaluit, Rankin Inlet and Yellowknife.

Since they’ve been obtained from a few different sources, Sommerville said it’s hard to say exactly how many rapid tests are currently in the territory.

Three types of COVID-19 tests being used in the territory:

The Health Department also has a separate stock of boxes of Panbio and at-home rapid antigen tests that are being distributed to reduce the chance of outbreaks in workplaces.

Nunavut Health Minister John Main announced last week PCR tests are being rationed to prevent health-care workers from getting sick and are being reserved to confirm the presence of the virus in a new community, in high-risk settings like elders homes and for workers in critical service areas.

Rapid point-of care tests are being used to identify spread between households in communities where the presence of COVID-19 is already confirmed.

These tests are available at all health centres in Nunavut and if a confirmatory, or PCR, test is needed, swabs are sent to labs in Rankin Inlet or Iqaluit.

Only people with severe symptoms are advised to go to their local health centres to get tested, in an effort to reduce the risk of infecting already limited health-care staff.

In Iqaluit, five of eight lab technicians who process PCR tests quit their jobs in November and December, according to Francois de Wet, Qikiqtani General Hospital’s chief of staff.

Still, tests are being done within 24 hours of receipt at the Iqaluit lab, said Sommerville.

There are currently 30 vacant positions within public health and most public health employees have been working overtime since Omicron made its appearance in Nunavut, she said.

Many health workers have assumed different roles within the health-care system based on their skills, knowledge and training, to help meet the territory’s needs.

“Much of the health-care workforce ranging from frontline workers to administrative health staff are giving this outbreak their full attention,” she wrote.