9 contact tracers from Statistics Canada also assigned to the territory 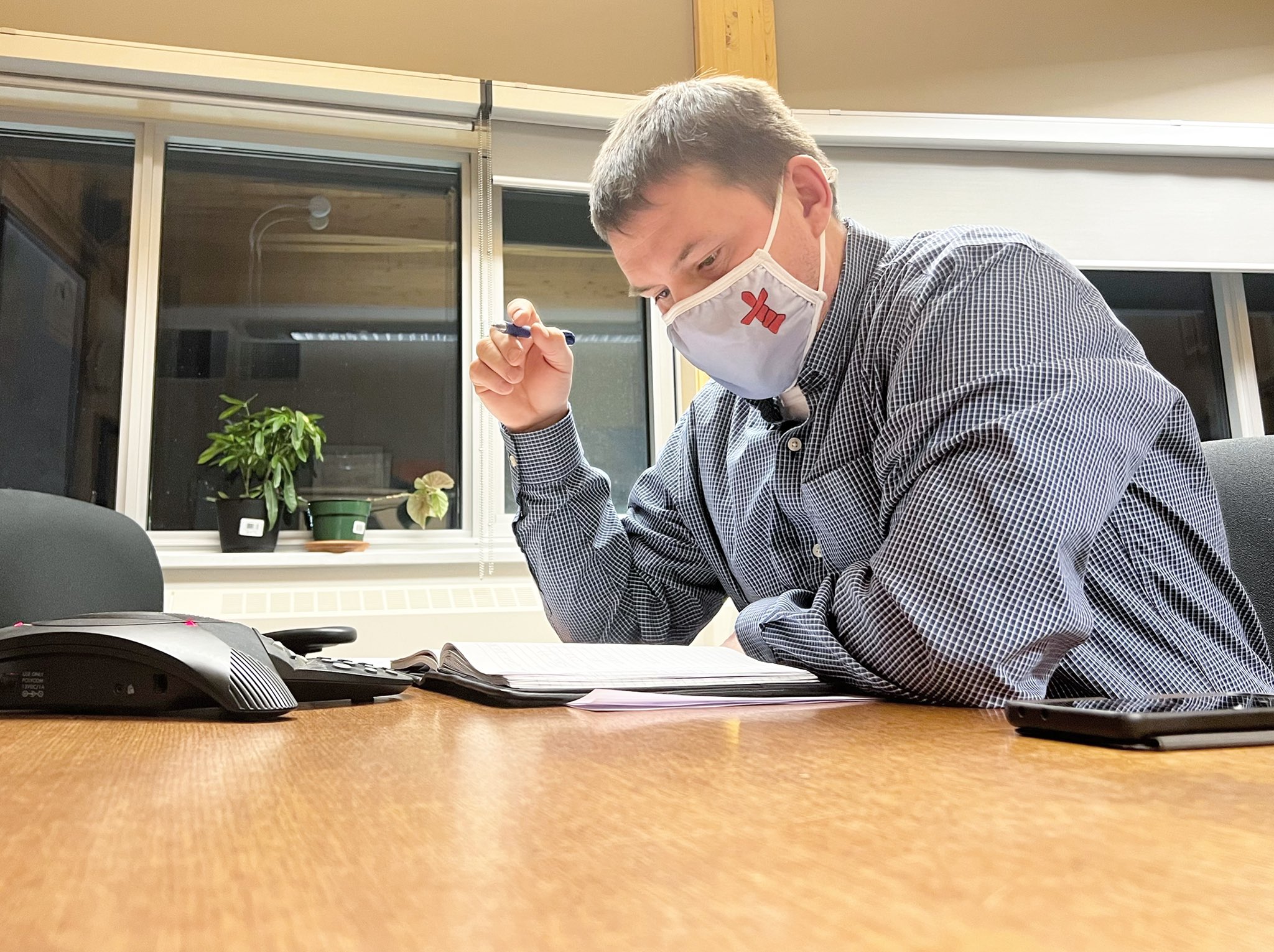 Nunavut Premier P.J. Akeeagok is seen speaking with other Canadian premiers and Prime Minister Justin Trudeau last week, during which time he requested federal assistance for the territory to deal with the current wave of COVID-19 cases. In response, the federal government is providing three nurses and nine contact tracers. (Photo courtesy of Sima Sahar Zerehi)

The federal government is providing three nurses and nine contact tracers to help supplement a staff shortage among health-care workers in Nunavut.

The new staff is part of the federal government’s response to Premier P.J. Akeeagok’s request for assistance in handling the ongoing wave of COVID-19 cases in Nunavut. He made the request to Prime Minister Justin Trudeau on Jan. 10.

The nurses have experience working in Nunavut, Premier P.J. Akeeagok said at a news conference on Tuesday.

Health Minister John Main said his department is still working out details, like which communities the new nurses will be assigned to and when they will start working.

“There’s a bad need for additional nurses in many communities in Nunavut so they’ll be deployed to fill some of the gaps that exist,” Main said.

He didn’t say which communities are most in need of the nurses, but said there are currently 10 health centres reduced to emergency services only because of staff shortages.

“That can help illustrate the need that is out there for additional nurses,” he said.

Danarae Sommerville, a spokesperson for the Department of Health, said on Jan. 7 there were 30 vacant public health positions across the territory.

The nine contact tracers are Statistics Canada employees and will work from outside of the territory, Main said.

CBC reported earlier this month that the employees quit partly because they were denied a $10,000 retention bonus that was given to local nurses.

As of Jan. 14, there were three lab technicians in Rankin Inlet, as well as three fully trained technicians and a recent hire being trained in Iqaluit.

When Main was asked on Tuesday whether his department is considering giving lab techs incentives similar to what nurses received in 2021, he said he didn’t think he could speak about it at that time.

He said the department is looking for ways to show health employees they are valued in their communities, which could include monetary incentives or other methods.

“It’s really a heartfelt appreciation that I can offer at this point,” he said.

“I hope we can offer further ways to show our appreciation in the future.”

The federal government also pledged 140,000 rapid tests to the territory earlier this month, as well as N95 masks and help with ventilation in schools.

The timeline for when the rapid tests will arrive is not yet known.

Dr. Michael Patterson, Nunavut’s chief public health officer, also said on Tuesday that a new at-home treatment for COVID-19 approved by Health Canada on Monday will be available in the territory.

The drug, made by Pfizer-BioNTech, will be sent to the territory and split up between communities according to population size, said Patterson.

Akeeagok also announced new funding for community radio stations as part of the Government of Nunavut’s response to this wave of the COVID-19 pandemic.

Each community radio station is eligible for $15,000 of funding to help spread public health information to residents.

The total confirmed case count in Nunavut was 177 on Tuesday, with a first death of this wave of the pandemic being reported.