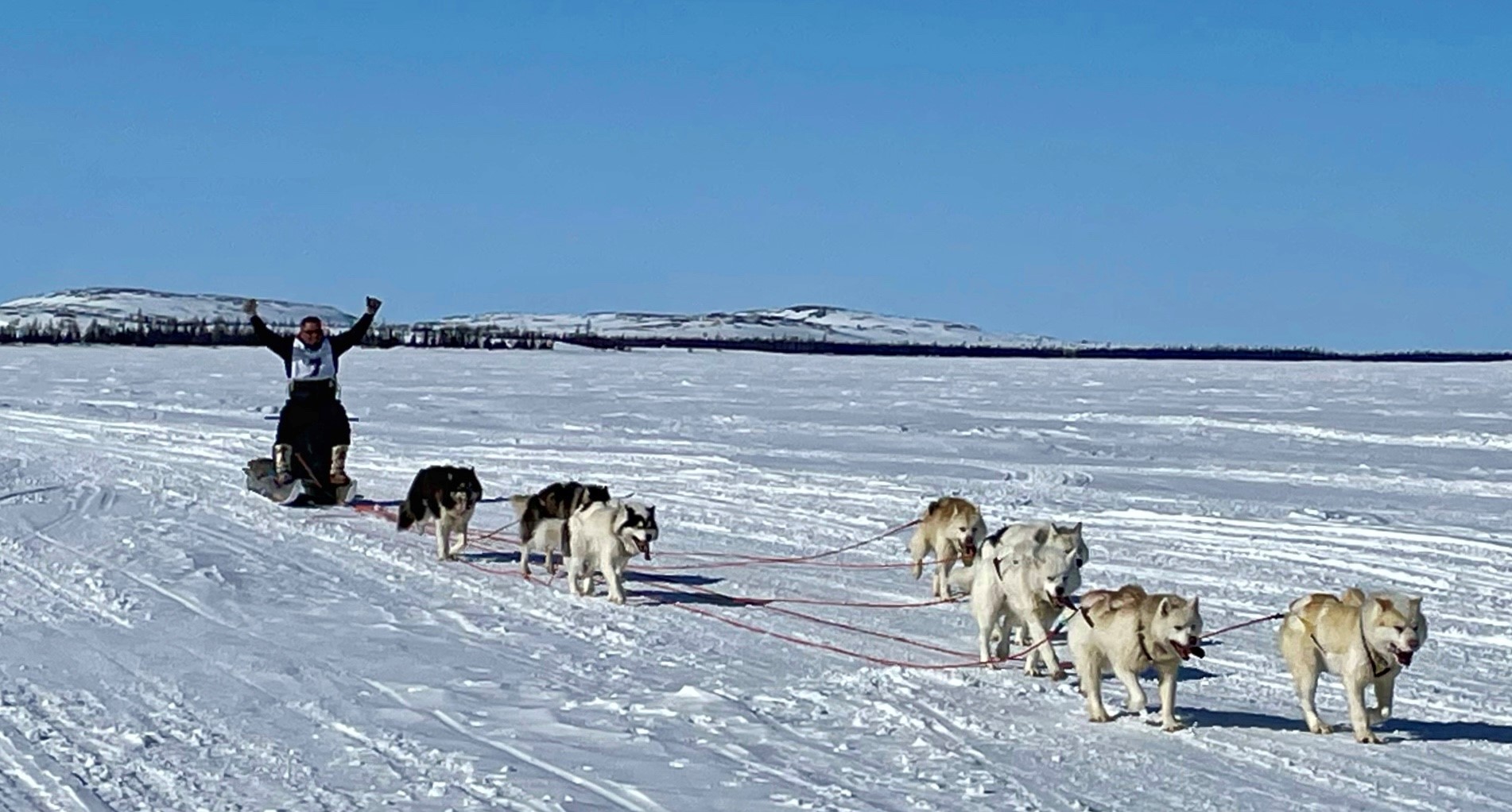 Musher George Kauki celebrates as his dogsled team finishes the “mini Ivakkak” near Kuujjuaq on April 29. Five teams competed in the race, organized by the Kuujjuaq Pinguatitsijingiit Recreation Committee this year to replace the annual Ivakkak event, normally run by Makivik Corp. (Photo by Isabelle Dubois)

George Kauki and his dogsled team won April 29th’s “mini Ivakkak” in Kuujjuaq, taking home the $10,000 prize in the 64-kilometre race and finishing in just over five hours.

Five dogsled teams competed in the event on Stewart Lake, also known as Tasialuk, and raced to Qasiriarsiuvik and back.

Most years, Makivik Corp. holds the annual Ivakkak race, but cancelled it this year to prevent the spread of COVID-19. However, it encouraged each Nunavik community to hold its own race and provided funding to help them do it.