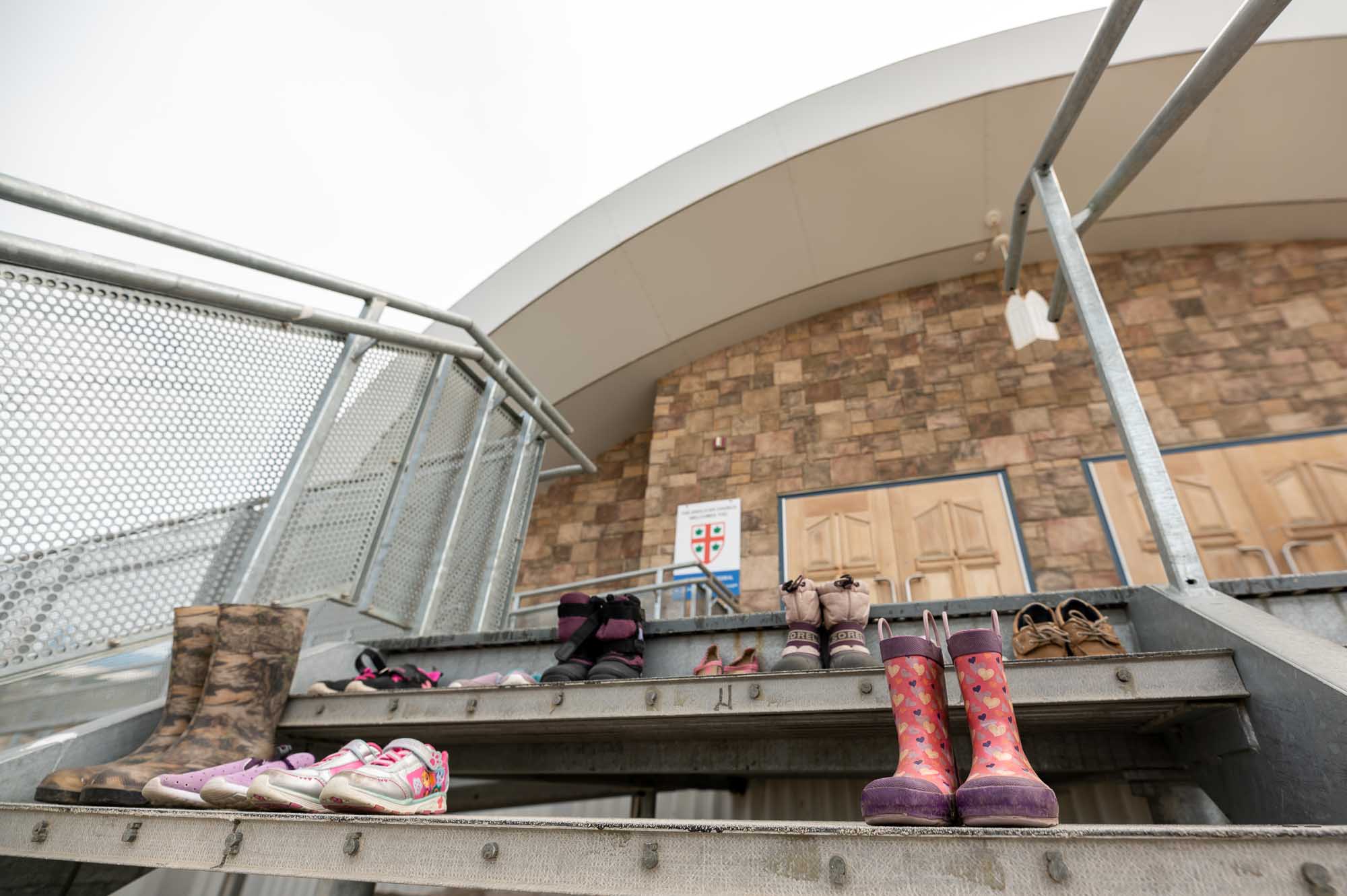 Children’s shoes sit outside St. Jude’s Anglican cathedral in Iqaluit in memory of 215 children whose bodies were discovered last year in a mass grave n Kamloops, B.C. the weekend, as Canadians mourn their loss and deal with the grief of what the discovery means. (File photo by Dustin Patar)

Flags will fly at half-mast on all territorial government buildings in Nunavut until June 9 following the discovery last week of a mass grave at the former Kamloops Indian Residential School in British Columbia.

The remains of 215 children were found buried at the site after Tk’emlúps te Secwépemc First Nation hired a specialist to use ground-penetrating radar to survey the property, according to a statement from the First Nation on May 27.

“In remembrance of these beautiful souls, taken, disregarded and dishonoured by a system meant to break them, the Government of Nunavut will lower all its flags to half-mast for nine days — 215 hours for 215 loved children,” he stated.

Some of Nunavut’s communities are following suit, including Iqaluit and Baker Lake.

Iqaluit Mayor Kenny Bell said it is “extremely important to remember the lives scarred, ruined and taken by residential schools.”

He said it is “unimaginable” that this happened within his lifetime — in Canada, and urged the federal government to continue work to fulfill the Truth and Reconciliation Commission’s calls to action.

Flags will also be flown at half-mast on all federal government offices, according to Prime Minister Justin Trudeau.

Canada’s residential school system dates back to the 1880s, with the last school closing in 1996. The federal government ran 139 of these schools across the country, including 13 in Nunavut.

That testimony documents that residential school staff, many who worked for churches, tortured, raped and sexually abused Indigenous children, and committed other violent acts and indignities.

There have been calls to extradite one former residential staff member who is accused of abusing Inuit children during his time in Nunavut. Father Johannes Rivoire, now 90, was known to have worked in Chesterfield Inlet, the site of the infamous Sir Joseph Bernier School. The crimes he is accused of date back to the 1960s.

In its final report, the Truth and Reconciliation Commission made 94 recommendations to governments and urged all Canadians to embrace the principle of reconciliation with Indigenous people.