City will provide next update on Monday, Oct. 25 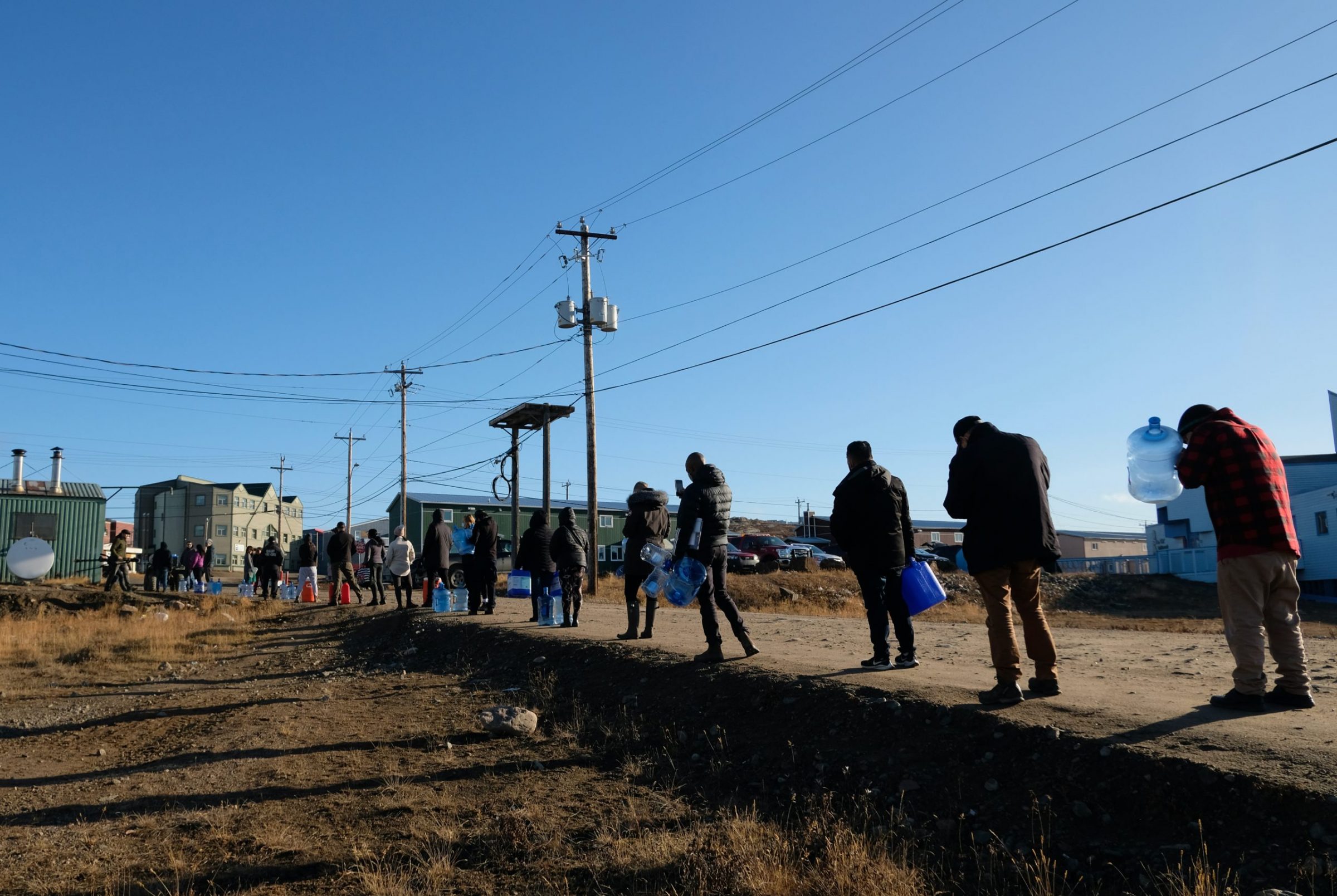 A day after the city issued a do not drink water notice, Iqaluit residents lined up to fill jugs of water at a fill station near the library. Iqalummiut will have to continue collecting water from filling stations as the city has pushed back its timeline for when the contaminated water will be flushed from the system. (File photo by Mélanie Ritchot)

The City of Iqaluit has extended its previous estimate of when its pipes will be flushed of contaminated water, and says residents may experience a harsher smell of petroleum through their taps than before.

“This is expected during the flushing process,” said a city press release issued by spokesperson Geoff Byrne Wednesday.

Iqalummiut have been under a do not drink water advisory since Oct. 12, when government officials located an underground tank with a strong smell of petroleum.

City officials said then that the flushing process was expected to take place over the weekend, and residents would begin running their taps to flush home pipes by mid-week this week.

That is not the case anymore, as the city now says it will provide its next update on Monday, Oct. 25.