“It’s really nice to be able to say that name, for us to be here for the Inuit community” 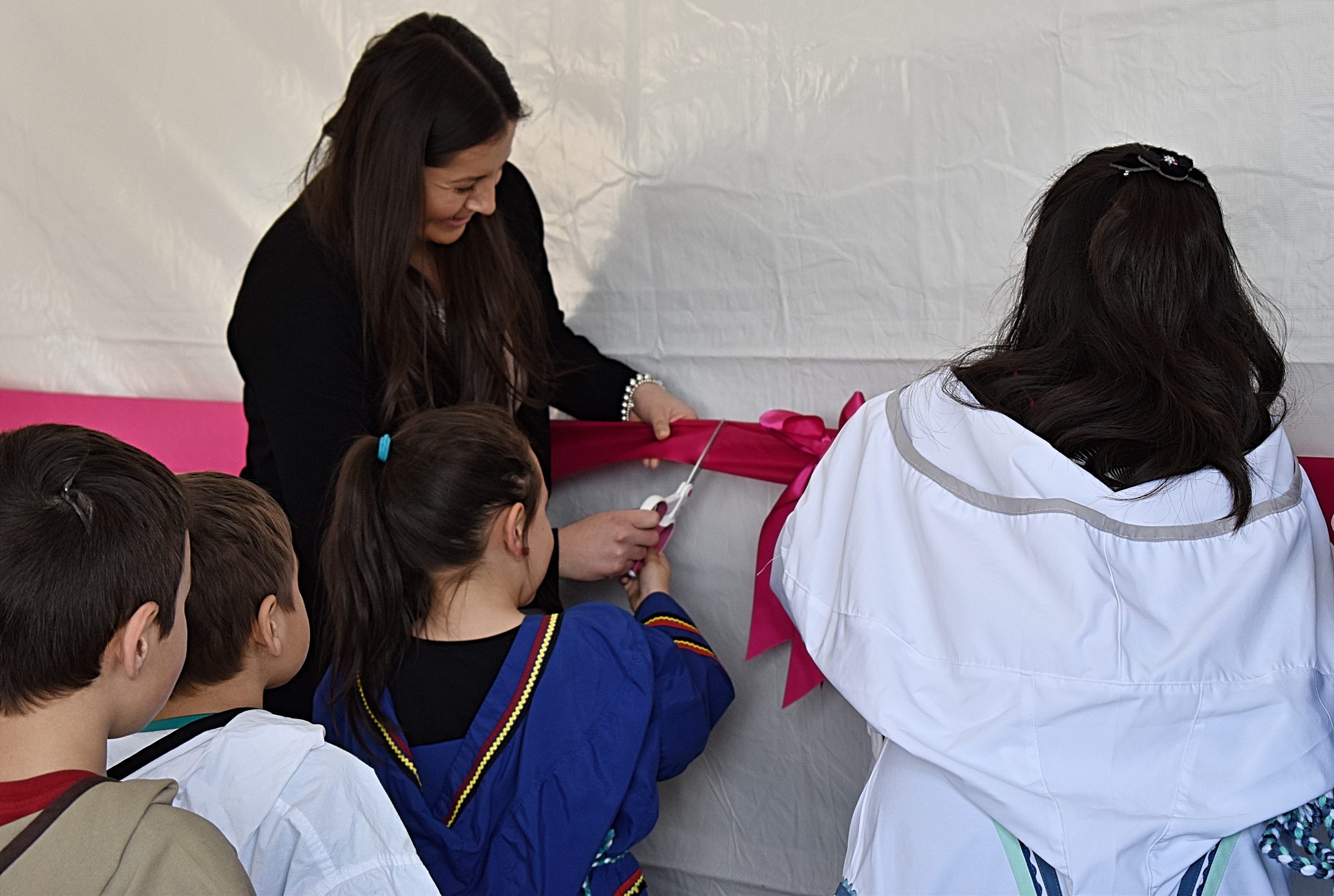 Alyssa Flaherty-Spence, president of the board of directors for Inuuqatigiit (formerly the Ottawa Inuit Children’s Centre), cuts the ribbon at the centre’s rebranding launch and grand opening of its newest building on April 25. She’s helped by a young Inuit performer, who, along with her classmates, sang Inuit drum songs to those at the event. (Photo by Kahlan Miron)

The place previously known as the Ottawa Inuit Children’s Centre has a new name.

The change was recently announced on a sunny afternoon on April 25, as the centre’s members and contributors gathered to celebrate the rebranding in front of the centre’s new building.

Inuuqatigiit’s new logo, shown here on a banner at the rebranding launch.

“[We] had done a number of consultations and intensive gatherings with both youth, parents, elders and staff to really reflect the name and rebranding of our community,” said Alyssa Flaherty-Spence, president of the board of directors. “And that was very important for us because that’s the way that Inuit make decisions.”

Elders made the final decision on both the name and logo.

The event also celebrated Inuuqatigiit’s new, fourth building, which will act as an EarlyON centre.

For Inuuqatigiit, EarlyON programs include “a playgroup, pre/post-natal program with a pregnancy circle, Breakfast with Baby, individual supports, healthy meals, outreach/referrals and guest speakers,” Inuuqatigiit said in a news release.

The rebranding and new space are a nod towards the Ottawa Inuit community’s growth over the years. Established in 2005, the organization has experienced this growth firsthand. 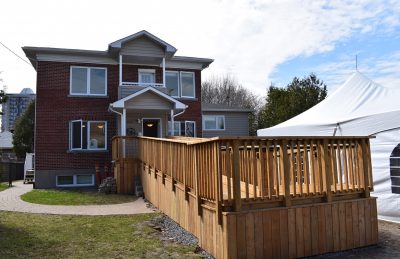 Inuuqatigiit’s newest building, which will host EarlyON children’s programs. Children could be heard playing on the ramp during the event, to the delight of those attending.

“We started off pretty small,” said Flaherty-Spence. “[Inuuqatigiit] has grown immensely in the amount of families we serve, so this celebration is a reflection of that, and the reflection for this need to provide quality services, culturally appropriate services for Inuit children and their families.”

“Inuuqatigiit. It’s really nice to be able to say that name, for us to be here for the Inuit community,” said vice-president Tamara Takpannie.

“These programs really do make Inuit in an urban setting feel a lot more closer to home,” said elder Reepa Evic-Carleton, who performed a qulliq lighting at the beginning of the event.

Funding for this project and program operations came from Ontario’s Ministry of Education, which then flowed through the City of Ottawa, and amounted to over half a million dollars.

The event was also attended by Ottawa’s deputy mayor, Laura Dudas, and Lisa MacLeod, the Progressive Conservative MPP for Nepean and Ontario’s minister of children, community and social services.