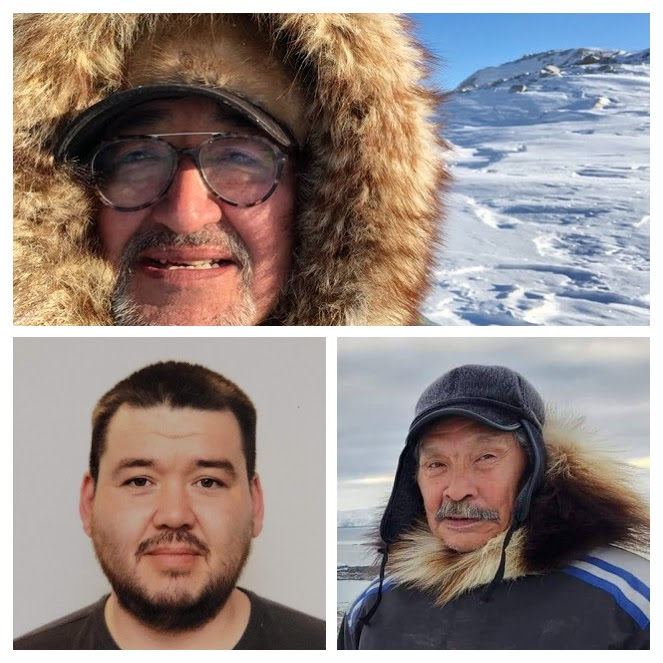 Leading up to the Dec. 12 elections for Nunavut’s regional Inuit associations, Nunatsiaq News will publish profiles of candidates vying for the executive positions on each association’s board of directors.

It’s a four-way race for one of the top positions at Nunavut Tunngavik Inc.

NTI represents Inuit enrolled under the Nunavut Agreement to ensure that other parties to the agreement meet their obligations. The organization’s vice-president works closely with regional wildlife boards and other Inuit organizations.

NTI is governed by a board of directors, which includes the president and vice-president. Inuit must be at least 16 years of age to vote in NTI’s election, which takes place Dec. 12.

All four candidates are looking to fill the shoes of James Eetoolook, who held the position for 29 years.

Jack Anawak is no stranger to Nunavut politics. He was the Liberal member of Parliament for what is now Nunavut from 1988 to 1997. He was also a member of Nunavut’s first legislative assembly in 1999. He ran again for federal politics in 2015, this time for the NDP, finishing in second place.

If elected, Anawak said he wants to create more unity among Nunavut’s Inuit organizations and the territorial government.

“I think it’s time Nunavut Tunngavik works very closely with the Government of Nunavut and the three Inuit associations to address the social ills that are in Nunavut today,” he said.

Anawak said those social ills include the need for elders’ facilities, mental health facilities and more housing across the territory.

He also wants NTI to work more closely with Inuit Tapiriit Kanatami, the national Inuit organization, to put more pressure on the federal government and to lobby for Inuit needs.

“Nunavut Tunngavik has a lot of influence because it represents Inuit only,” he said. “What can it do to use that influence as a territorial organization?”

Anawak said as vice-president, he also would address the high rates of physical and sexual abuse in the territory.

“We should not shy away from addressing those issues. There is still intergenerational trauma being felt.”

For Paul Irngaut, the vice-president position is one he knows intimately, having worked alongside Eetoolook for the past 20 years as NTI’s director of wildlife and environment.

Irngaut said one of his top priorities would be to protect and promote the use of Inuktut across the territory.

“The language of choice is predominantly English,” he said.

A former reporter with CBC North, Irngaut also said he wants to focus on improving the way NTI communicates with the public.

“Communication is key to Inuit feeling like they’re being represented,” Irngaut said.

“I want to be more open to Inuit, through the media.”

Irngaut said his experience working at NTI has not only helped prepare him to take on the vice-presidential role, it also has made him realize the importance of sharing information between Inuit organizations.

“I know information is critical and very important to Inuit to understand what’s going on at NTI and also with our co-management partners,” he said.

Another candidate who has worked closely with Eetoolook in the wildlife portfolio is Clayton Tartak, the wildlife and environment co-ordinator for the Kivalliq Wildlife Board.

Tartak said he decided to run for the position because of his disappointment with the current system.

He noted social issues like homelessness and low graduation rates in the territory as areas he wants to work on in the role.

“We currently foster a system that forces Inuit to leave to address those issues,” he said.

“I feel we need to engage Inuit outside of Nunavut to see why they’re leaving and figure out how they can be represented at the NTI level.”

As vice-president, Tartak said he wants to finalize Nunavut’s Land Use Plan to ensure caribou-calving grounds are protected, working with the government and regional Inuit associations and increase Inuit recruitment at all levels of mine-related work.

He said he also wants to see a more Inuit-focused education plan that would allow higher recruitment at all levels of government.

“That’s a really high priority for me,” he said.

Jacopoosie Peter is also vying for the vice-presidential position. He has run for territorial, municipal and Inuit association level positions in the past.

Peter did not respond to an interview request from Nunatsiaq News.