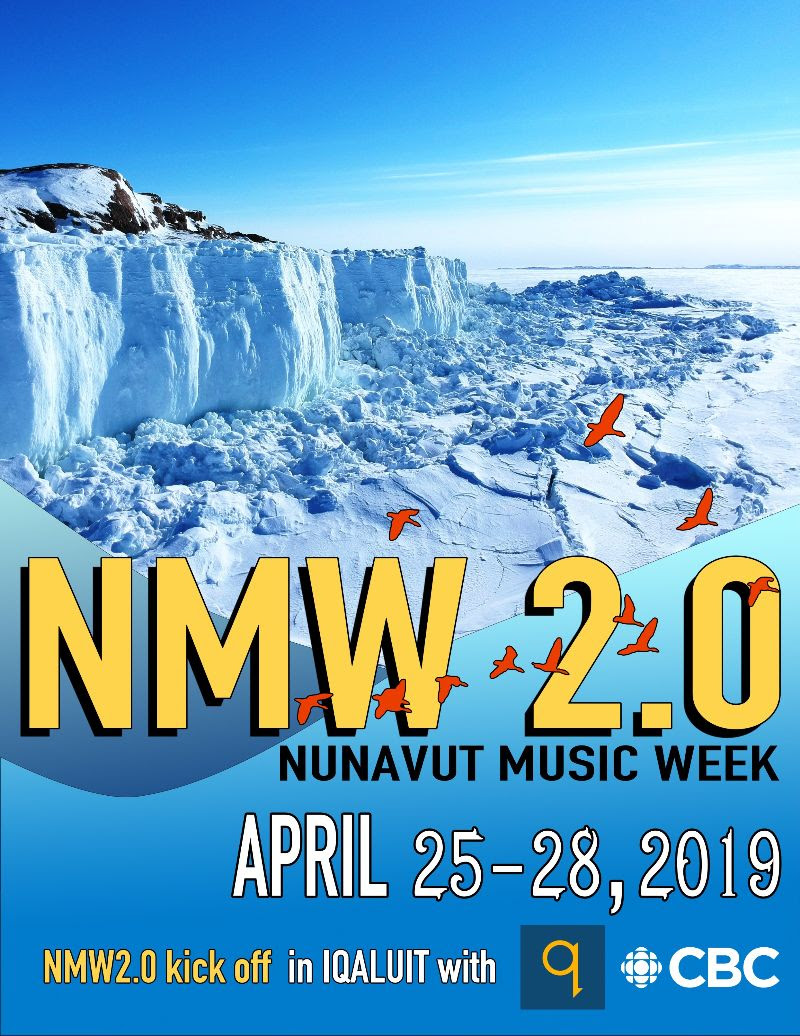 Nunavut Music Week comes back to Iqaluit on April 25 to April 28. There will be conferences, panels, networking opportunities and concerts for Nunavut musicians and music lovers. (Submitted by Aakaluk Music)

The territory’s first recording company, Aakuluk Music, is holding its second Nunavut Music Week from April 25 to April 28 this year.

“The mission of Nunavut Music Week is to showcase the vast breadth of musical talent in the North, to create opportunities for artists to develop their careers, and to develop music industry jobs in the territory,” said a news release for the event.

Nunavut Music Week 2.0 will follow in the footsteps of its Sept. 2017 predecessor.

As well, big names in southern media like Rolling Stone Magazine and Toronto Star sent up journalists to cover the conference and concerts.

This year, the artist development and mentorship week will start with a kick-off event hosted by Tom Power from the CBC Radio show Q.

However, the artist lineup and delegate list are still to come.

The last Nunavut Music Week was attended by music industry professionals from across Canada.

It showcased northern talent, like Igloolik metal band Northern Haze, Riit, and Iqaluit’s own Josh Q (Qaumariaq, from The Trade-Offs.)

There will also be evening concerts and parties, panels on what should go in recording contracts, and career networking opportunities for Nunavut musicians.

As well, the 2017 Nunavut Music Week offered emerging musicians, songwriters and performers like Billy Jay Amaaq, Colleen Nakashuk and Lazarus Qattalik a chance to learn tricks of the trade from industry veterans.