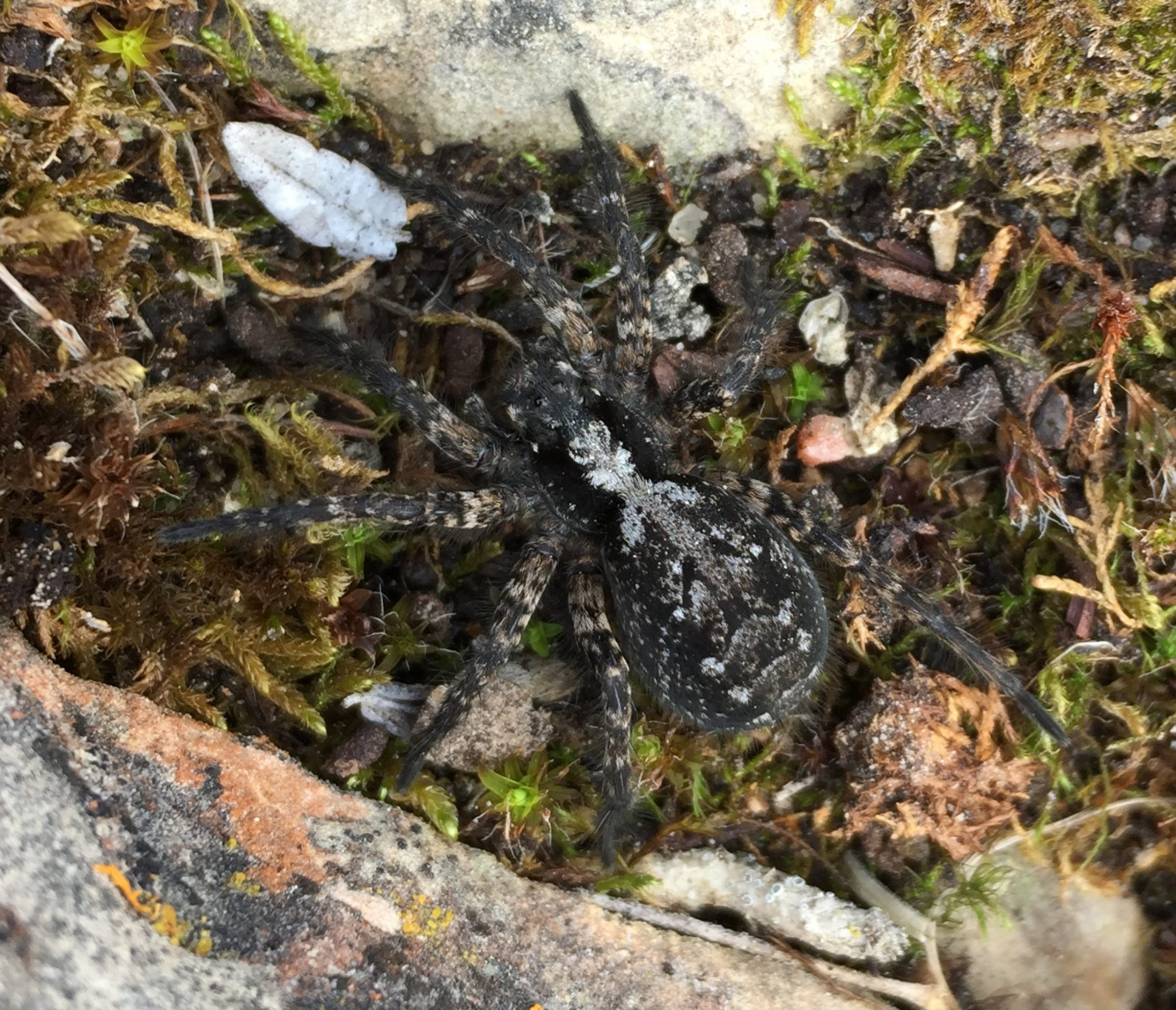 This wolf spider, Alopecosa hirtipes, from the family Lycosidae, is a putative new species of spider found near Cambridge Bay, Nunavut. (Photo courtesy of Gergin Blagoev)

In the Slavic calendar, 2020 is the year of the spider.

But arachnids don’t carry quite the same prestige in Nunavut, which surprises Gergin Blagoev, a spider expert who also happens to be Slavic. Every time he turns over a rock in the territory—and he’s turned over a lot—he sees the mosquito-eating arthropods aplenty.

After just two field seasons in Nunavut’s Kitikmeot region, Blagoev and his team have found four species of spider that may be new to science and eight that hadn’t been previously documented in Canada. They released these findings in March.

The team from the University of Guelph’s Centre for Biodiversity Genomics visited the Kitikmeot in 2018 and 2019, working with local youth, to trap and handpick specimens to take back to labs and catalogue as part of the Arctic Bioscan project.

The idea behind Arctic Bioscan is to get a clearer picture of what makes up an ecosystem, so in the future we can better understand how it has changed.

“What we’re trying to do is get a general snapshot of the state of biodiversity in certain parts of the Kitikmeot region in Nunavut and to sort of build a baseline that can be used to observe the dynamics over time,” says Alex Borisenko, project coordinator for Arctic Bioscan.

That means as that biodiversity shifts, due to climate change or other factors, they have a starting point from which that change can be documented.

The project, which is funded by the federal research organization Polar Knowledge Canada, uses the unique genetic code of each species to identify and catalogue them—an approach known as DNA barcoding.

While some species, like mammals, can be easily identified, others require a deeper look.

“In Canada, we have about 1,500 species of spiders,” said Blagoev, an araneae (spider) taxonomic specialist and adjunct professor at Guelph.

And that includes both the four putative new species and those that are new to Canada. Blagoev said it illustrates how underestimated biodiversity is in this part of the world.

A putative new species is so-called because there is quite a long, involved process to ensure it hasn’t been identified before, said Blagoev. That process is just now underway.

Those four species include an orbweaver found near Kugluktuk, a meshweaver from Bathurst Inlet, a dwarf and sheetweb weaver from Cambridge Bay and a wolf spider also from Cambridge Bay. These are, of course, the common family names—the newly discovered spiders don’t have specific names yet.

Naming is left open to those who discover the spider, Blagoev said, but has to include the proper Latin family name. He’s had a spider named after him by a former student in Bulgaria—the Bassaniodes blagoevi, from the family Thomisidae. 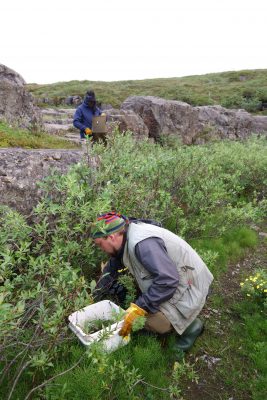 The four species from the Kitikmeot, if confirmed as being new to science, will likely be named in honour of where they were found, said Blagoev—either Inuit names or something related to the geography of the region.

The eight species that hadn’t previously been identified in Canada are all dwarf and sheetweb weavers.

Some of them had only previously been identified in Russia, in Siberia in particular, suggesting the species may have crossed the Bering land bridge more than 20,000 years ago, when the overland route between Asia and Arctic North America still existed.

But most of the new species inhabit the northern parts of Europe, Blagoev said, and are likely newcomers to Canada.

Spiders, like many critters, can be transmitted in a variety of ways, Blagoev said, the classic example being by ship.

When sand and soil is used as ballast, it’s carried from one port to another and, if dumped, also leaves behind all the creatures within it. This was a more common practice a half-century ago or more, before environmental regulations prevented it, though exchange of flora and fauna still takes place, he said.

So while they are relative newcomers, these species may still have had a while to get comfortable.

The work of Arctic Bioscan is done in partnership with the hunters and trappers organizations of the different communities it operates in. Right now, that’s primarily Kugluktuk and Cambridge Bay.

“There are many things that the locals are observing, at local level, things coming into the territories that were not previously there, and of course they’re closely monitoring and observing the trends and declines in other patterns of species they harvest,” said Borisenko.

But the majority of species, like anywhere else in the world, can only be identified by a handful of experts. That includes invertebrates like spiders and insects.

“If you want a broader picture of the biodiversity, what that biodiversity looks like, you need special tools, and this is where DNA barcoding comes in,” he says.

They create this picture by reading the sequence of a particular gene and matching it to a reference library of DNA barcodes.

All of the information on the Arctic projects can be accessed by the public. The Arctic arthropod project, including, spiders, mites and springtails, has roughly 18,000 records, of which 1,300 species were identified in the Cambridge Bay area alone.

“These data are available to pretty much anyone interested in looking at them,” Borisenko said, and some community members have created accounts to view the records and use tools to analyze them.

Ultimately, he said, they’re looking to build a digital monitoring system for biodiversity that can be used and led by the communities. Suitable lab spaces are already available in both Kugluktuk and Cambridge Bay, he said, but developing this side of the program is still in its infancy.

Nonetheless, they’ve had a strong partnership with Science Rangers, who are local youth they hire to work with Arctic Bioscan during the field seasons.

And there is still a lot of work to be done to get a clearer picture of Arctic biodiversity, both in Canada and around the world.

“There are some published estimates that the circumpolar Arctic diversity of arthropods is 7,000 species,” he says. “It might be an underestimate, based on the information we were able to source in just a couple seasons, just in two hamlets in the Kitikmeot region. It would be very interesting to see.”