Nunavut, Ontario and N.W.T. are the only jurisdictions without agreements 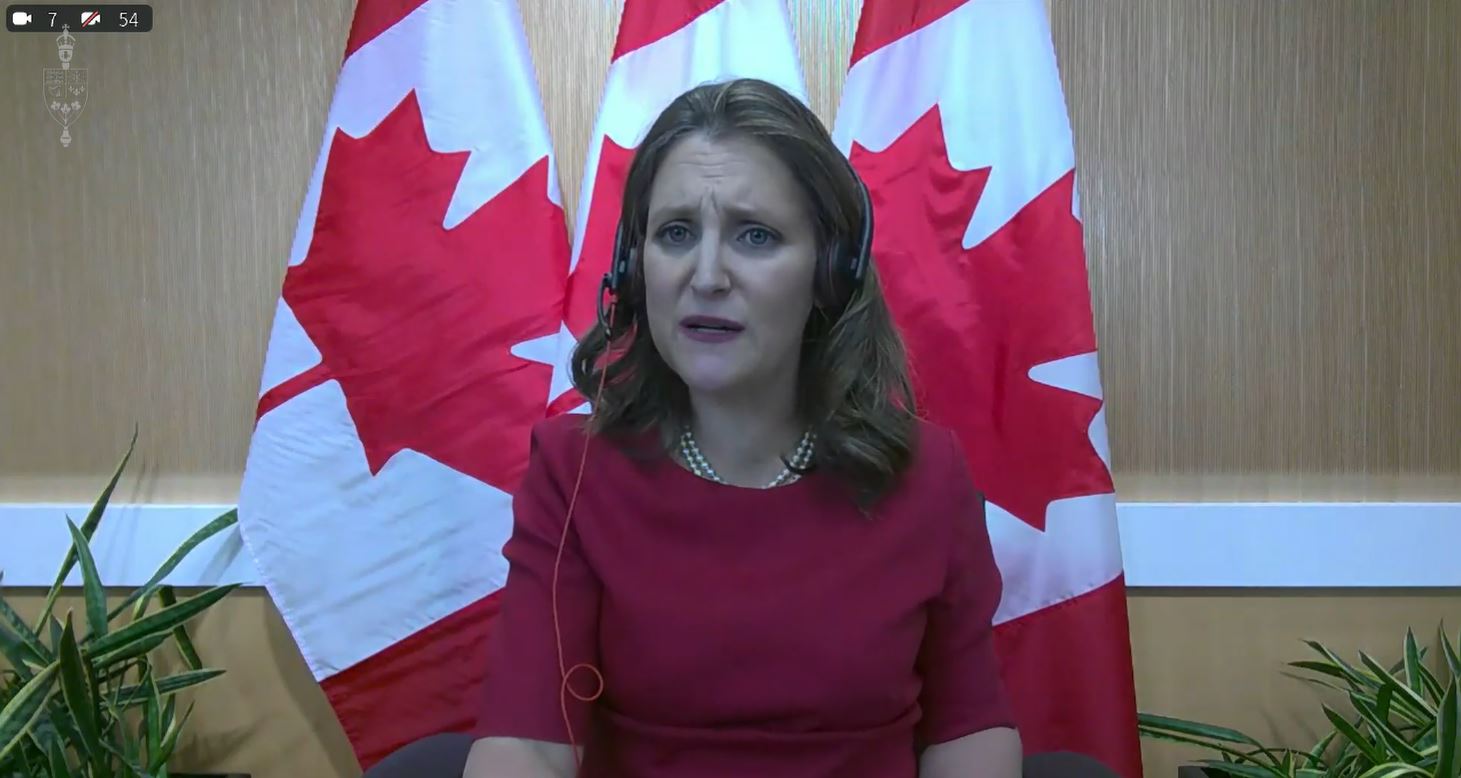 Deputy Prime Minister Chrystia Freeland used her fiscal update speech on Tuesday to call on Nunavut to join nine other provinces and one territory to sign a $10-a-day child care agreement with the Canadian government.

Nunavut remains one of the last three territorial and provincial holdouts in signing an agreement, along with Ontario and the Northwest Territories. Coincidentally, Nunavut Premier P.J. Akeeagok met with Freeland’s boss, Prime Minister Justin Trudeau in Ottawa earlier in the day.

“Within five years, Canadians will proudly rely on $10-a-day child care just as our universal publicly accessible health care system has come to define us as a society,” Freeland said in a speech she delivered virtually instead of in the House of Commons. “So, let’s give this effort a final push and conclude agreements with Ontario, the Northwest Territories and Nunavut.”

Freeland, who is also the Liberal government’s finance minister, tackled several other issues including reconciliation with Indigenous Peoples, inflation and the COVID-19 Omicron variant. Freeland presented the speech remotely “out of an abundance of caution,” after two of her staffers tested positive for COVID-19, she announced earlier in the day on Twitter.

On reconciliation, Freeland promised $20 billion in compensation to Indigenous people harmed by the child welfare system. A case on the matter is currently before the Canadian Human Rights Tribunal.

Freeland promised an additional $20 billion to go towards improving the system.

“We know that paying our historic debt to Indigenous Peoples is paramount, and that we must act to ensure these injustices do not happen again,” she said.

On inflation, Freeland referred to the Bank of Canada’s two-per-cent target and said she’s optimistic that the current rate of inflation will “not become entrenched.”

“Our government has every confidence the bank will continue to deliver on this essential mandate,” she said. “Canadians should be wholly confident in their central bank, too.”

Freeland also promised legislation to extend the northern residents deduction, which would allow Canadians living or traveling up to the North to “claim up to $1,200 in eligible travel expenses on their taxes starting next month.”

Freeland concluded her speech by describing her government’s ambitions beyond addressing the pandemic. “Our plan is working, and once we finish the fight against COVID-19, we will turn our resolve towards fighting climate change, advancing reconciliation with Indigenous Peoples, and building an economy that is stronger, fairer, more competitive, and more prosperous.”

The speech drew criticism from the other party leaders. Opposition leader Erin O’Toole said the speech lacked a plan for Canada’s economic recovery. NDP leader Jagmeet Singh said the speech failed “to do the right thing for families having a hard time making ends meet.”

Nunavut MP Lori Idlout, who serves as the NDP’s critic for Indigenous and northern affairs, said she would be closely tracking the government’s reconciliation promises.

“For years New Democrats have called on the Liberal government to stop fighting First Nations children and families in court, and today’s news about a $40 billion commitment to ending ongoing discrimination and compensating children and families is one that we will be watching closely over the days and weeks to come,” Idlout said in a news release.