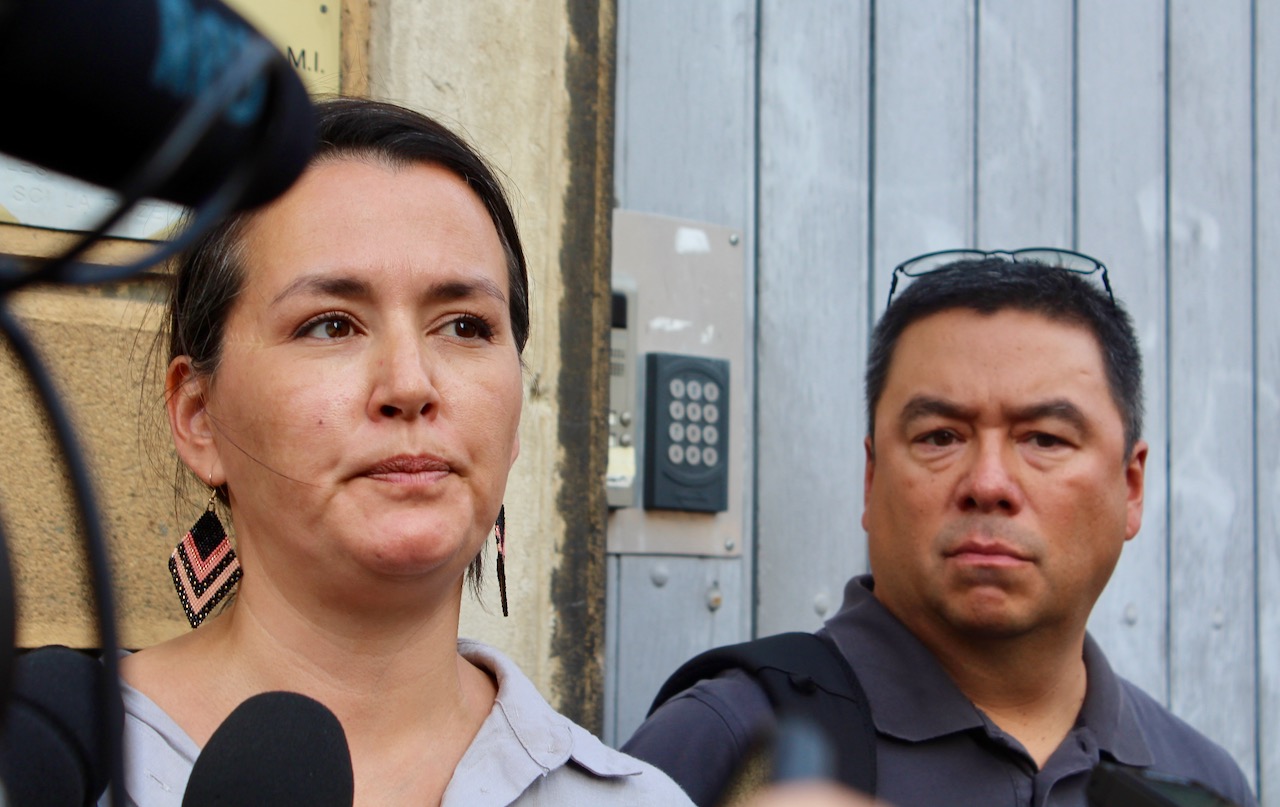 Kilikvak Kabloona, NTI’s chief executive officer, speaks to the media following a meeting between Rev. Johannes Rivoire and the NTI delegation inside the French Oblates’ headquarters in Lyon, France, while David Aglukark, an NTI employee also part of the delegation, looks on. (Photo by Emma Tranter)

For years, Inuit in Nunavut have called for Rev. Johannes Rivoire to return to Canada to face justice over allegations of sexual abuse, but they were met with silence.

On Wednesday, one of the victims of his alleged abuse, Steve Mapsalak, and two children of another victim, Marius Tungilik, met face to face with the now 91-year-old priest, at the French Oblates’ headquarters in Lyon, France.

Rivoire, a Roman Catholic priest in Nunavut from 1960 through the early 1990s, was charged with historical sexual abuse in relation to allegations in 1998, but those charges were stayed in 2017.

RCMP laid a new charge of indecent assault against Rivoire earlier this year.

Rivoire left Canada in 1993 and has lived in France since. Even though France has an extradition treaty with Canada, French nationals are protected from extradition. 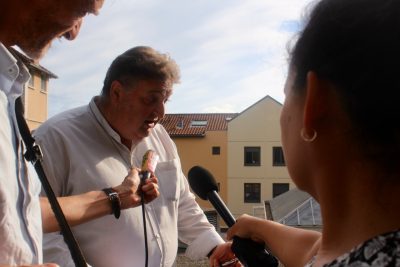 Rev. Vincent Gruber speaks to reporters outside the Oblates’ headquarters on Wednesday. (Photo by Emma Tranter)

The delegation, which arrived in Paris on Monday, had just pulled into the Lyon train station on Wednesday when its members were notified Rivoire had agreed to meet with them.

The delegation’s meetings with Rivoire — which lasted two hours — and with Gruber were both closed to the news media.

Gruber told reporters in French that the Oblates have begun the process of removing Rivoire from their congregation, a process that takes up to three months and that could go all the way to the Vatican.

Gruber said he had to act, given Rivoire’s repeated refusal to co-operate. 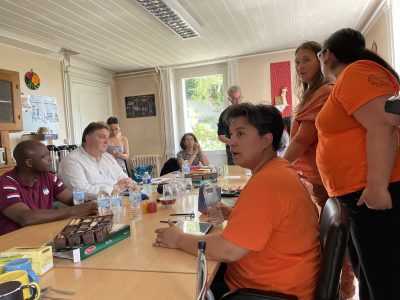 Members of the NTI delegation settle into the room where they met with Rev. Vincent Gruber before meeting with Rev. Johannes Rivoire in another room. (Photo by Emma Tranter)

“He loses all his rights on our side,” Gruber said. “It’s because he didn’t obey the order to present himself to justice [in Canada].”

“I believe the victims. Since the beginning. I have no problem with that,” he added.

The meeting with Rivoire came less than 24 hours after the delegation, led by Nunavut Tunngavik Inc., appealed again to French authorities for Rivoire’s extradition. That appeal was met with refusal.

Gruber also said the Oblates plan to appeal to the Vatican to push Rivoire to face his charge in Canada.
He said he believes it’s essential that Rivoire face justice in Canada.

“Not only for the presumed victims, for the Inuit Peoples, but also for the Oblate missionaries and the Catholic Church,” he said.

Gruber said the Oblates also want a commission to look into past actions and why there was so much “delay and silence” from the Catholic Church regarding the allegations against Rivoire.

Rivoire refused to speak to media who were waiting inside and outside the Oblates’ headquarters, though at one point it seemed like he might come out, Gruber said. 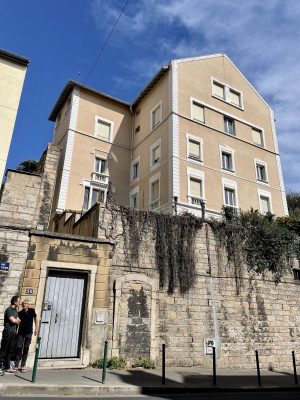 A view from the street of the French Oblates’ headquarters in Lyon, France. (Photo by Emma Tranter)

Before NTI arrived in France on Monday, Rivoire had told the delegation through his lawyer that he would not meet with them.

“He does recall individuals in Nunavut and then he completely denies any allegations,” she said, adding language was not an issue.

“It is clear to me that Rivoire understands English. He acknowledges that he remembers Steve and other individuals in Naujaat,” Kabloona said.

“He had nodded his head when Steve was speaking, and yet he denies everything.”

Kabloona also said Rivoire speaks Inuktitut and that he understood Inuktitut when it was spoken in the room.

He refuses to travel to Canada because of his “skin condition,” Kabloona said.

Gruber said getting Rivoire to agree to the meeting was “very, very, very difficult.”

He said the Oblates plan to continue to urge Rivoire, who was still in the Oblates’ headquarters on Wednesday evening, to fly to Canada to face justice.
NTI, which is leading the delegation, has purchased a plane ticket for Rivoire to return to Canada on Friday with the delegation.

“I want to see Rivoire on that plane. That is clear,” Gruber said. 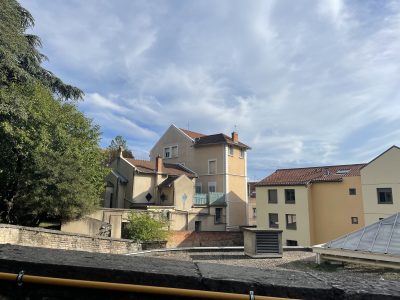 A view of the back of the French Oblates’ headquarters. (Photo by Emma Tranter)

“We will speak with him again strongly … I can’t force him. I will do everything possible to try to convince him.”

Gruber was also clear that the Oblates are not paying for Rivoire’s living expenses, his lawyer or his pension.

“We are not paying for Rivoire for a very long time,” Gruber said. “We are determined to pursue our efforts to the maximum to convince Johannes to present himself to the Canadian justice system.”

The other members of the delegation declined to speak to media immediately following the meeting.

NTI is expected to hold a press conference in Lyon Thursday morning.