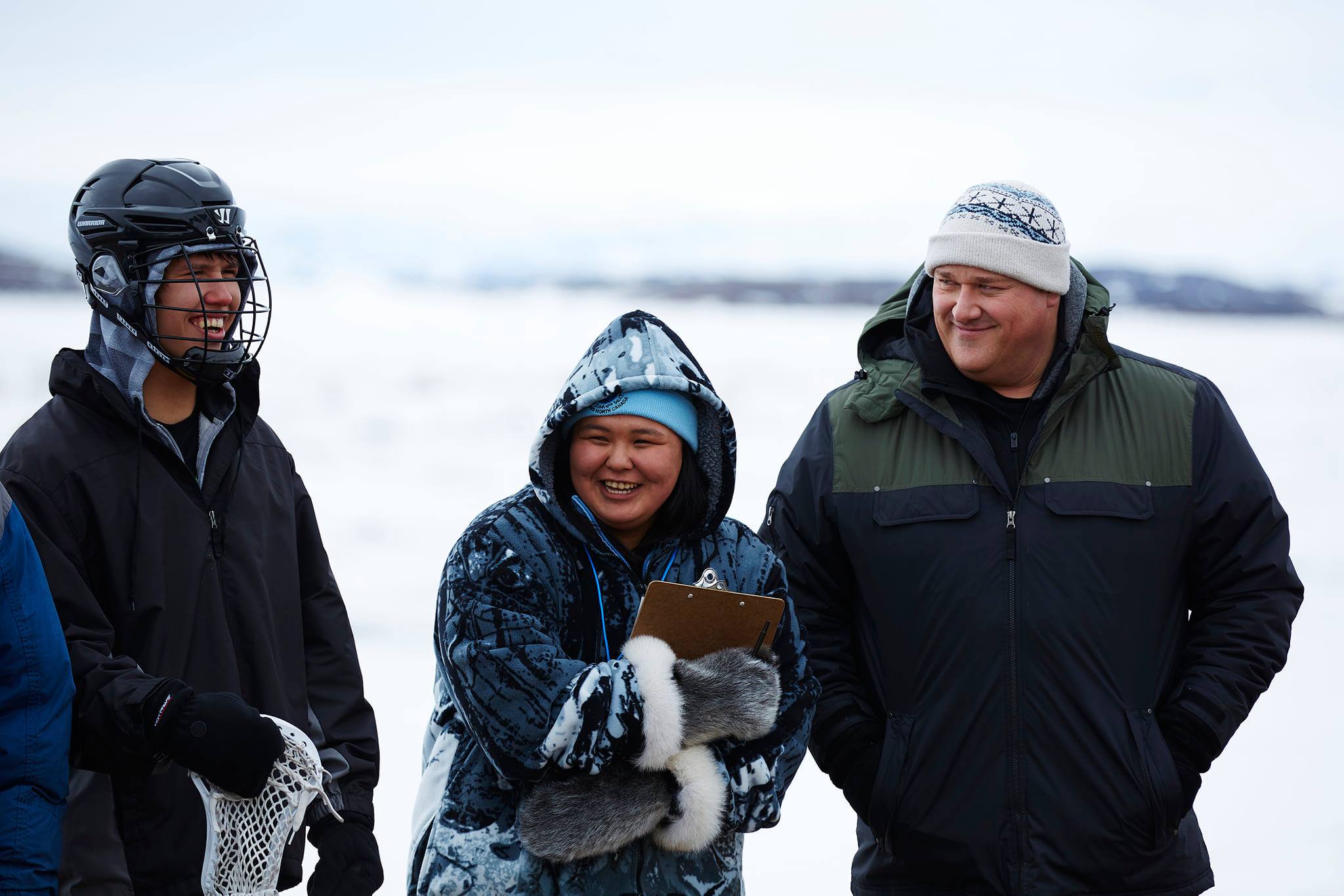 Kugluktuk actress Emerald MacDonald is seen here during the filming of The Grizzlies. Nunavut RCMP’s major crimes unit says that it’s treating MacDonald’s recent death as a homicide and is asking the public for assistance in its investigation. (Photo courtesy of The Grizzlies/Twitter)

Emerald MacDonald’s family, friends and fans paid tribute to the Kugluktuk actress who played a starring role in the acclaimed 2018 movie, The Grizzlies, after its producers reported her death on social media.

MacDonald died on May 3, according to a message they posted on the movie’s social media accounts on Friday.

“Our hearts go out to Emerald’s family, friends, fans around the world, and to the whole community of Kugluktuk,” director/producer Miranda de Pencier and producer Alethea Arnaquq-Baril wrote on Twitter.

The Grizzlies, an award-winning feature film, told the story of a lacrosse team in Kugluktuk that helped youth in the western Nunavut town of about 1,500 rally against some of the highest suicide rates in North America. MacDonald played Miranda Atatahak.

“Emerald’s performance was celebrated across the country, Europe and the world, but most important to her was that she made her community proud,” Pencier and Arnaquq-Baril wrote in a message on The Grizzlies Facebook page.

MacDonald was also the sister of another of The Grizzlies’ producers, Stacey Aglok MacDonald.

“Emerald continued to touch so many lives including being an inspiration to countless youth across the North when touring with the film and spreading messages of love, resilience, mental health, and youth empowerment. She was also the most proud and loving auntie,” their tribute said.

MacDonald, also a drum-dancer and throat singer, was a first-time actor — and her performance was called “stunning” by the Centre for Suicide Prevention.

MacDonald’s talent shines in this YouTube video in which she says, “People can make a difference.”

She also travelled across Canada with the Qaggiavuut! arts group, teaching performing arts to youth, according to an online biography.

“She had a big laugh and was totally dedicated to Ualinirmiut drum dancing. A beautiful dancer,” said 2021 Sobey Art Award nominee Laakkuluk Williamson Bathory, who worked on The Grizzlies, assisting the actors with Inuit traditional performing arts.

“I wish I could have spent more slow time with her rather in the rush of project and performance work,” Bathory told Nunatsiaq News on Friday.

MacDonald toured with the organization, I Love First Peoples, to bring The Grizzlies to remote Indigenous communities across Canada.

And she worked on the popular Inuktitut television show Anaanaa’s Tent.

Responding to a question on YouTube about what she saw herself doing in five years, MacDonald, who was active on TikTok, responded, “acting in huge, huge movie.”

Dear Friends of The Grizzlies: With great sadness we must inform you of the tragic loss of the irreplaceable Emerald “Baboo” MacDonald last week.

Emerald, the shining talent who played Miranda Atatahak in our movie, was also the sister of our beloved fellow producer @Aarluk. pic.twitter.com/S6tVve2PxE

A GoFundMe online fundraising page has also been set up to help the family with travel, funeral and burial expenses.