From Igloolik to Venice: Inuit represent Canada at this year’s Biennale arts exhibit 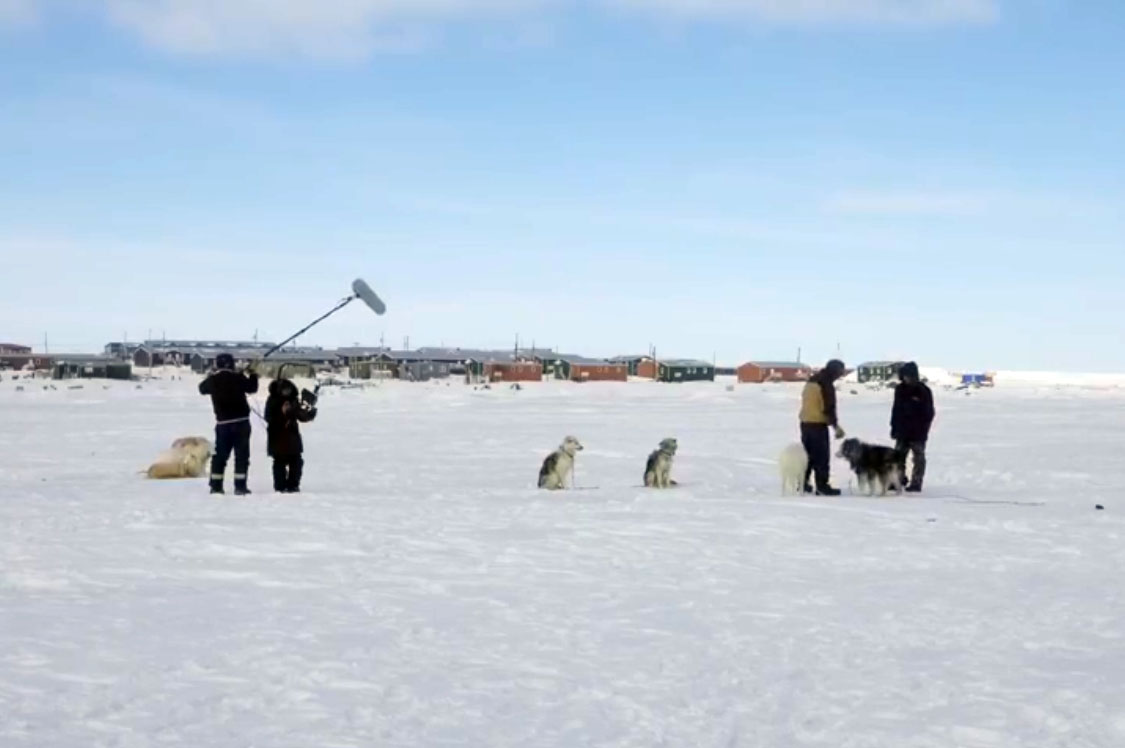 An Isuma film crew sets up on the outskirts of Igloolik earlier this week. Isuma will webcast Silakut: Live From the Floe Edge from Nunavut to Italy for this year’s Venice Biennale. (Photo courtesy of Isuma TV)

One of Canada’s top stars in this year’s Venice Biennale is nowhere to be found near the famed international arts exhibition.

Instead, Nunavut filmmaker Zacharias Kunuk is at home in Igloolik, with a film crew and equipment that will allow him to webcast footage directly to the exhibition’s Canadian pavilion.

Isuma, the artists collective and video production company Kunuk runs with his filmmaking partner Norman Cohn, was selected to represent Canada at La Biennale di Venezia 2019, the 58th edition of the Italian exhibition. It’s the first time an Inuit artist or group has been chosen to do so.

Isuma, which was launched in 1990 by Kunuk and Cohn along with their late co-founders Paul Apak Angilirq and Pauloosie Qulitalik, has always sought to preserve Inuit language and stories.

That’s exactly what Silakut: Live From the Floe Edge intends to do, with plans to webcast live interviews with Inuit and snippets of life from the region to Venice.

“Inuit went from Stone Age to Digital Age in my lifetime,” Zacharias Kunuk told the National Gallery of Canada when Isuma was first selected. “I was on Baffin Island, living on the land, and I saw the last of that era.

“Since we have an oral history, nothing is written down—everything is taught by what you see. Your father’s fixing up the harpoon; you watch how he does it and you learn from it. For the medium I work in now, it was the same. Oral history and new technology match. I am trying to do this with my videos—tell the story behind how we lived.”

One of the Isuma’s first webcasts, posted to its Facebook page this week, broadcasts an interview with a dog team owner and musher, who explains in Inuktitut how he manages his team of six huskies, while he harnesses the dogs in fan hitch style.

But the real goal of Silakut is to show an international audience the potential impacts of mining on Inuit in the region—this as Baffinland Iron Mines Corp. looks to ramp up production and ship iron ore by a proposed railway across Baffin Island, and then by supertanker through walrus breeding grounds visible from Kapuivik, a hunting camp overlooking Foxe Basin.

That was once the home of Noah Puigattuk, the main character in Kunuk and Cohn’s new feature-length film that will also show at the Biennale.

One Day in the Life of Noah Puigattuk tells the real-life story of the elder of one of the last nomadic Inuit families who, in the early 1960s, were forced by RCMP officers to settle in nearby Igloolik.

With a new and international audience, Isuma is also hoping to draw new viewers to its collection of thousands of Inuit-made films and video footage available on its website.

The 58th Venice Biennale runs from May until the end of November 2019.