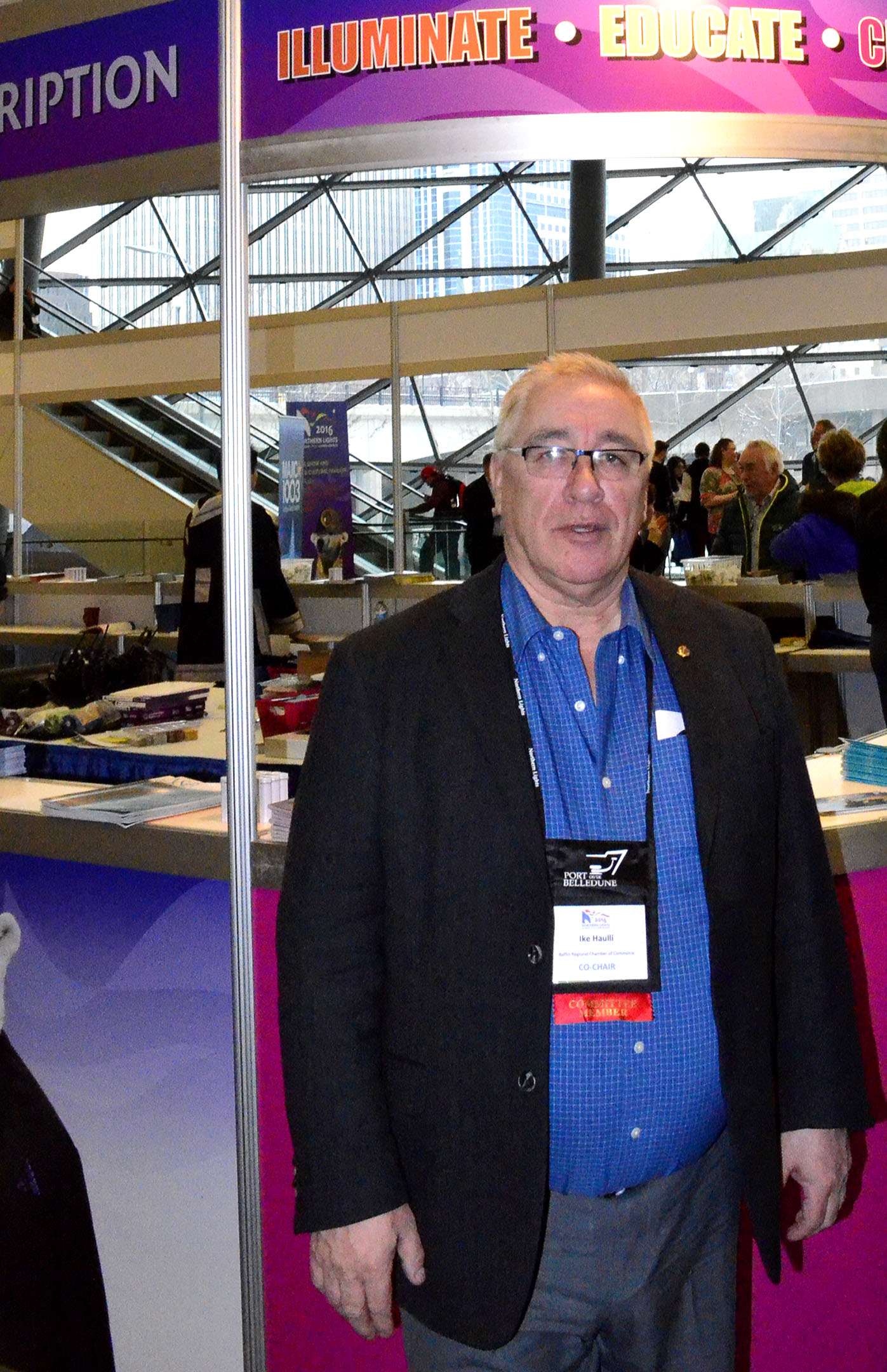 Ike Haulli of Igloolik, owner of Savik Enterprises Ltd. in 2016, when he served as president of the Baffin Regional Chamber of Commerce and co-chair of that year’s Northern Lights trade show in Ottawa. (File photo)

Following a campaign that the Qulliit Nunavut Status of Women Council began more than a year ago, the office of the Governor General of Canada has revoked Ike Haulli’s Queen’s Diamond Jubilee Medal.

“The Governor General has cancelled this award, effective April 18, 2019. Thank you to the 272 supporters for signing our Change.org petition. We appreciate your help,” the Qulliit council said on its Facebook page.

Madeleine Redfern, the president of the Nunavut Inuit Women’s Association, praised the decision.

“It’s important to break the silence regarding child abuse & condemn such behaviour. It can no longer be acceptable to protect predators,” she said in a tweet.

Haulli, a prominent business owner in Igloolik who, until recently, had served as a president and director of the Baffin Regional Chamber of Commerce, and as co-chair of the Northern Lights trade show in Ottawa, was exposed as an egregious sexual predator in a civil judgment that Justice Earl Johnson of the Nunavut court released on April 18, 2018.

In the judgment, Johnson ordered Haulli to pay $1.22 million in damages, to be divided among four complainants who Haulli had sexually abused between 1968 and 1986.

To make his findings, Johnson applied the standard of proof that is required in civil court: a balance of probabilities.

“I am satisfied on a balance of probabilities that the defendant sexually assaulted the plaintiffs as alleged in the statements of claim and is liable to them under tort law for the damages they suffered,” Johnson said his judgment.

But for one of the four complainants in the civil case, a sexual assault that Haulli inflicted on them did lead to a criminal conviction.

On Sept. 23, 2008, at a Nunavut court sitting in Iglook, Haulli had pleaded guilty to one count of having sex with a person under the age of 14.

He also pleaded guilty to indecently assaulting a person known as E.K., who was not a claimant in any of the lawsuits that Johnson ruled on.

It’s important to break the silence regarding child abuse & condemn such behaviour. It can no longer be acceptable to protect predators. It’s all our responsibility to keep our children safe.

On the same day that Nunatsiaq News reported Haulli’s judgement, the Baffin Regional Chamber of Commerce removed him from their board.

Haulli had served as BRCC president until 2017.

“The Baffin Regional Chamber of Commerce has had no prior knowledge of the legal proceedings involving Ike Haulli, but following a detailed review of available information, action was swiftly taken to remove Ike Haulli from the board of directors,” the BRCC said

In May of 2018, the the Qulliit Nunavut Status of Women Council asked the office of the Governor General of Canada to remove Haulli’s Queen’s Diamond Jubilee Medal, which he had received in 2012.

To press their case, Qulliit started an online petition on the change.org website.

“Haulli’s violent, predatory and calculated behaviour was heinous. By referring to his crimes as mistakes he attempted to minimize his acts of traumatizing violence,” Qulliit said in their petition.

And under pressure from MLAs, Paul Quassa, then the Nunavut premier, agreed in June 2018 to write to the Governor General to have Haulli’s honour removed.

“We were informed that within the Nunavut territory, sexual abuse is 155 per cent higher than the national average. We need to tackle this issue as a government,” said the MLA for Arviat North-Whale Cove, John Main.