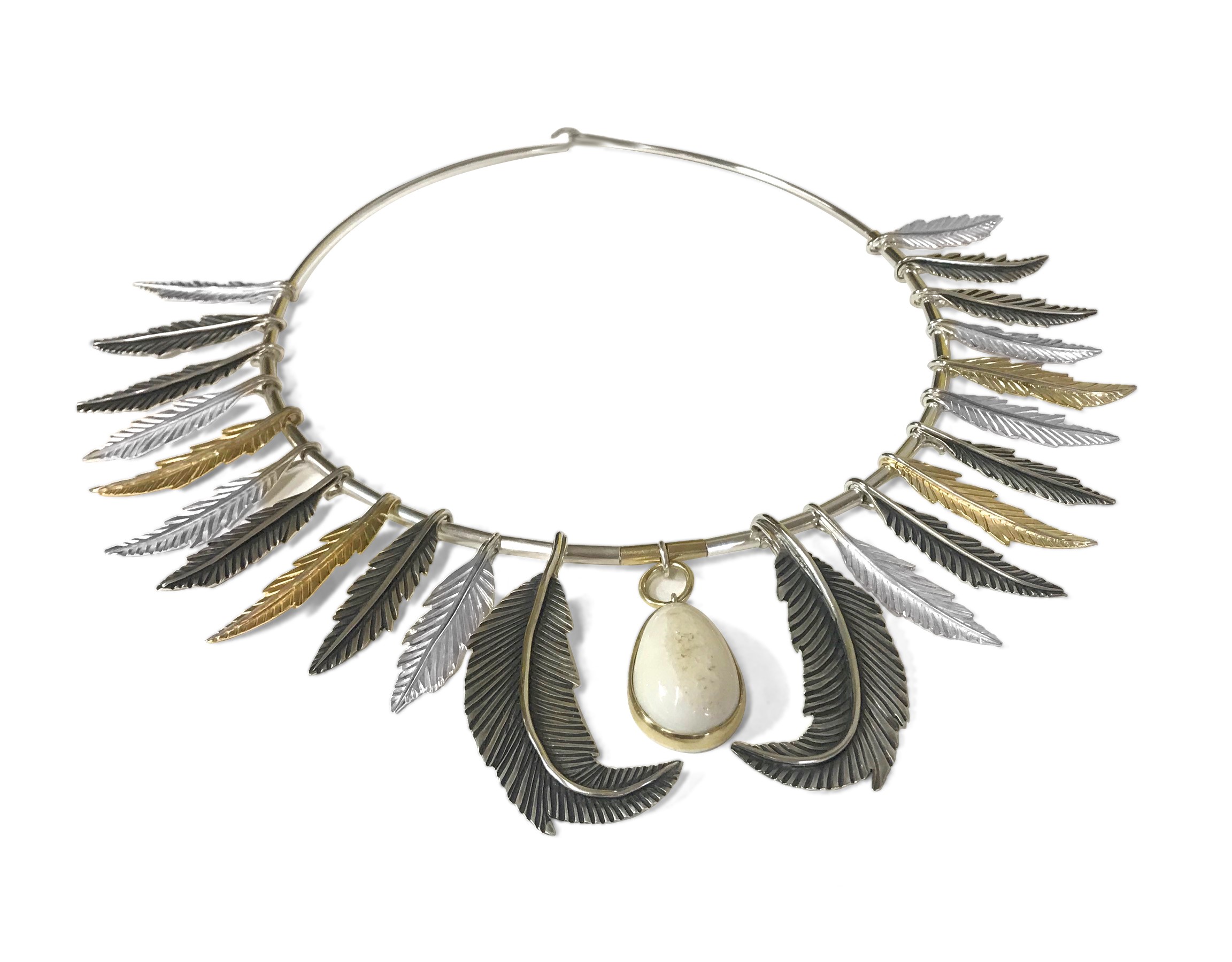 Tungilik, 27, was awarded the top prize for her intricate neckpiece, titled “Finding Hope.”

The competition presents emerging artists from 12 regions of the country with cash awards of $7,500, and with one award of $15,000 for the national winner.

Every year since 2003, instructors from over 100 post-secondary institutions in Canada have been invited to choose three students to submit pieces to the competition.

Tungilik, who is in her final year of Nunavut Arctic College’s jewellery and metal work program, says she first started out in jewellery-making because she wanted to try something different.

“I love it now. I love making jewellery,” she said.

The neckpiece and its feathers reflect the story of a raven and symbolizes life’s journey, loss and hope, she said. It took Tungilik about a month and a half to create.

“Finding Hope is like finding a brighter day. Hope about better things for tomorrow … and about finding new love,” Tungilik said.

Each individual feather was carefully made by hand, a process that requires a lot of focus but one that Tungilik said she loves.

“I drew them first. After that, I started cutting the feathers out from metal and making them into the shape, then polishing each one,” she said.

Tungilik said she was excited to have won and will continue with jewellery-making when she graduates.

“I was like oh my god, I won. I was pretty nervous and happy at the same time,” she said.

In addition to the $7,500 prize, Tungilik will have her piece featured in an exhibition from Sept. 16 to Oct. 15 at the University of Toronto’ art museum. The exhibition will be virtual due to COVID-19 restrictions.