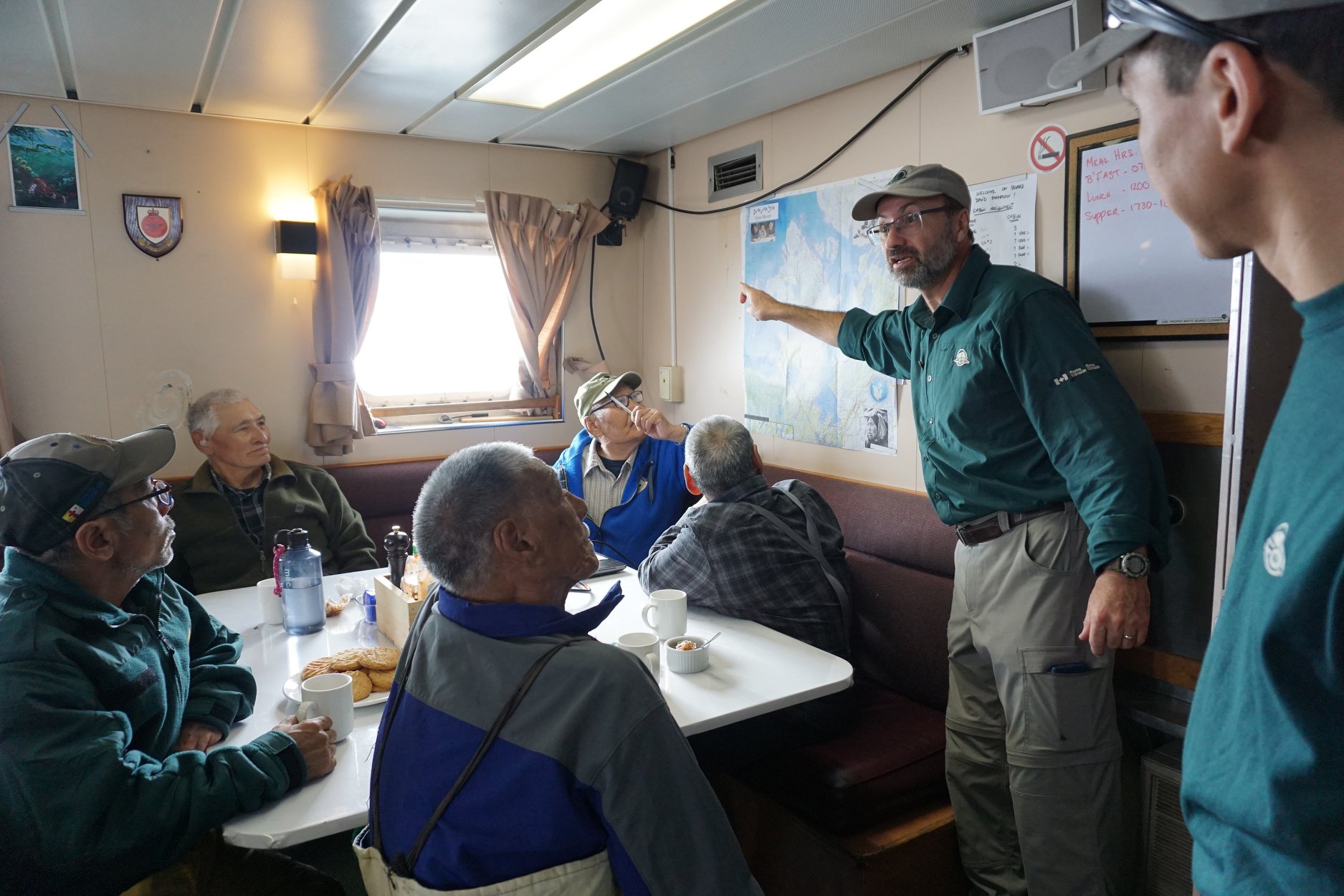 Gjoa Haven residents would welcome visitors who want to visit the wrecks of the HMS Erebus and Terror, according to a new survey.

The goal of their research was to gauge the community’s interest in receiving more tourists visiting the Franklin shipwrecks and hear their recommendations on developing a local tourist economy around the Wrecks of the HMS Erebus and HMS Terror National Historic Site.

The information in the study was collected through interviews with 17 residents identified as knowledge holders or experts. Their research was published by Arctic Corridors, which does research on policy for shipping in Arctic Canada.

“The potential for economic development related to the discovery of the Franklin Wrecks is known to the community,” the study states. “The demand is there and the community needs to be prepared in order to maximize the benefit.”

Right now, access to the Wrecks of the HMS Erebus and HMS Terror National Historic Site of Canada is restricted in order to preserve the sites. Nobody is allowed to enter without written authorization from Parks Canada, except in cases where the person is an Inuk from Nunavut who is accessing the site for harvesting, as part of the Nunavut Agreement.

If that restriction were to be lifted, the study found Gjoa Haven would need new infrastructure and facilities, like a larger airstrip, a deep sea port and cabins at the sites, in order to develop wreck-related tourism.

Before the COVID-19 pandemic, most tourists arrived in Gjoa Haven by cruise ship — in August and September — but the study participants said the tourist economy would benefit the community year-round if people could fly in at any time of year. The territory’s borders have been closed to tourism since March 2020, in an effort to keep out COVID-19.

Interviewees listed attractions in Gjoa Haven that could be part of a tourist experience, including a recently opened carving and sewing centre, local events like the Umiyaqtutt Festival and Gjoa Haven’s greenhouse.

Other activities, like dog sledding and dive tours, could be offered on top of sightseeing related to the shipwrecks.

Tourism-related infrastructure should benefit residents of Gjoa Haven as well, said the study participants, by giving them more transportation options and improving the community’s search-and-rescue capacity.

One big limitation to developing tourism at the sites of the Franklin wrecks, which are co-managedby Parks Canada and the community, is actually getting there.

“Right now there is no real access aside from using a big boat after sea ice breakup,” the study states.

Flights to Gjoa Haven are expensive and the Erebus is only accessible by boat. The Terror can be reached by land, but there are no trails or roads to lead the way. 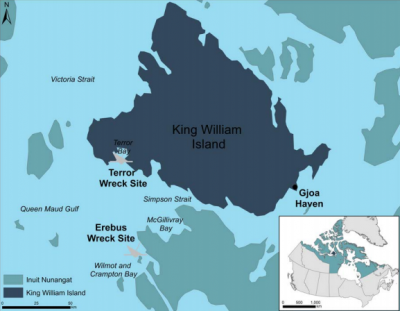 The location of the Franklin wrecks sites and Gjoa Haven (Uqsuqtuuq), Nunavut. (Map from study published by Arctic Corridors Research.)

Tourism has increased in Gjoa Haven since the discovery of the Franklin wrecks in 2014 and 2016. The two ships are well known for their part of the Franklin Expedition in 1845, in search of the Northwest Passage.

After the first winter of the trip, the two ships got stuck in ice near King William Island and the 128 crewmen aboard died.

An uptick in tourists visiting the site and community could bring new business opportunities for youth, outfitters, and businesses in Gjoa Haven in general, interviewees said.

They also saw educational opportunities for both locals and tourists, as well as meaningful cultural exchanges, as a possibility.

On the other hand, those consulted expressed concerns about old camping grounds near the wrecks being disturbed and local hunters being negatively affected.