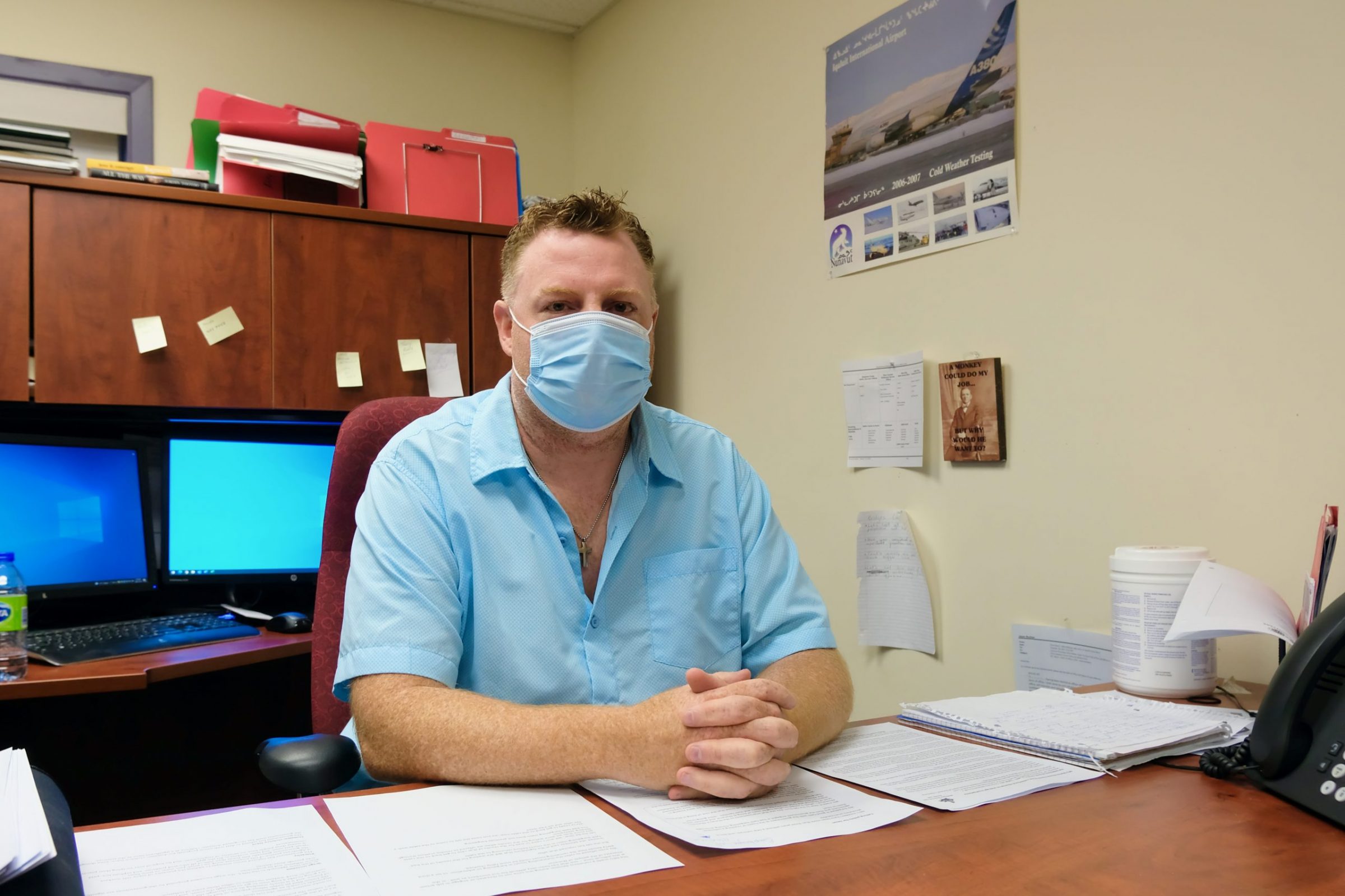 Jason Rochon was elected as the new president of the Nunavut Employees Union on Oct. 7. (Photo by Mélanie Ritchot)

The Government of Nunavut knew it had miscalculated part of an offer made to the Nunavut Employee Union for four months before it disclosed the error, which ended up halting negotiations towards a new collective agreement.

The GN’s collective agreement with NEU, which determines wages and benefits for more than 4,000 GN employees wages, expired at the end of September 2018.

Details of the GN’s miscalculation are laid out in court documents related to a bad faith bargaining claim the NEU filed against the GN in November 2019.

Now, the union’s newly elected president is saying if the GN had shared this information right away, it’s possible that this claim could have been avoided altogether.

“That’s definitely a possibility,” Rochon said. “You can’t fix problems that you’re not admitting to.”

The dispute centres around $17 million dollars the Department of Human Resources withdrew from an original offer of $33 million for the Nunavut Northern Allowance, based on a miscalculation.

The NNA is paid to employees to offset high costs of living in the North.

Court records show the department knew it made the error in June 2019 and didn’t say anything, even as a mediation, scheduled to start Oct. 28 of that year, approached.

“How is the bargaining team going to tell NEU about [the] miscalculation of [the Nunavut Northern Allowance],” states an email sent by Sheila Kolola, deputy minister of human resources, on Sept. 25, 2019, which is included in the court record.

The department disclosed the error the next month, four days before the start of mediation — a step taken when an agreement can’t be reached.

“It doesn’t take four months to pick up the phone,” said Rochon.

“They could have sent an email in four months.”

Grant McMichael, the assistant deputy minister of operations with the department of Human Resources, said the error was found when staff were preparing for the mediation, in an email to Nunatsiaq News.

Since the bad faith bargaining claim was filed, the GN has made another offer to the union, he stated.

“The NEU rejected that offer without meeting with the GN,” McMichael said.

Both parties have said they cannot discuss specifics of offers made or what is being negotiated until a deal is reached.

With the collective agreement having expired over three years ago, the union’s members haven’t seen wage increases or changes in their benefits.

This means workers, including front-line health workers who worked through COVID-19 outbreaks, haven’t had a raise in that time.

“It’s causing a lot of mental health [issues] and stress and anxiety on families and people who are working really hard and making hard decisions like [whether they’ll pay the bills or put food on the table],” said Rochon, the NEU president.

The Nunavut Northern Allowance hasn’t increased in about 12 years, despite increases in the cost of living, which is why it is a sticking point for the union, Rochon explained.

Former NEU president Bill Fennell said getting paid domestic violence leave for employees has also been a sticking point in the negotiations, in an interview at the beginning of the month.

Since the bad faith bargaining claim was filed in November 2019, the union has offered to go to arbitration, meaning a third party would get involved and decide on a middle ground.

Human Resource Minister David Akeeagok explained why the department rejected the idea in the legislative assembly in September, saying it “basically means you’re being told what to do.”

Rochon says arbitration is “absolutely” still on the table if the department’s bargaining team changes its mind.

Now, both groups are telling each other to come back to the bargaining table.

McMichael said the GN is able to meet as soon as the NEU is ready, in an email to Nunatsiaq News.

Rochon said the union is just waiting for the GN to pick up the phone and it’s “just not true” that the holdup is on the union’s end.

With a territorial election ongoing, Rochon said he thinks the expired agreement has become an election issue and something he hopes the next group of MLAs will take to the legislative assembly.

If progress isn’t made, he said GN employees might have to strike.

Rochon was elected the NEU’s new president on Oct. 7, replacing the previous president Bill Fennell. He is on a two-year term with the union.