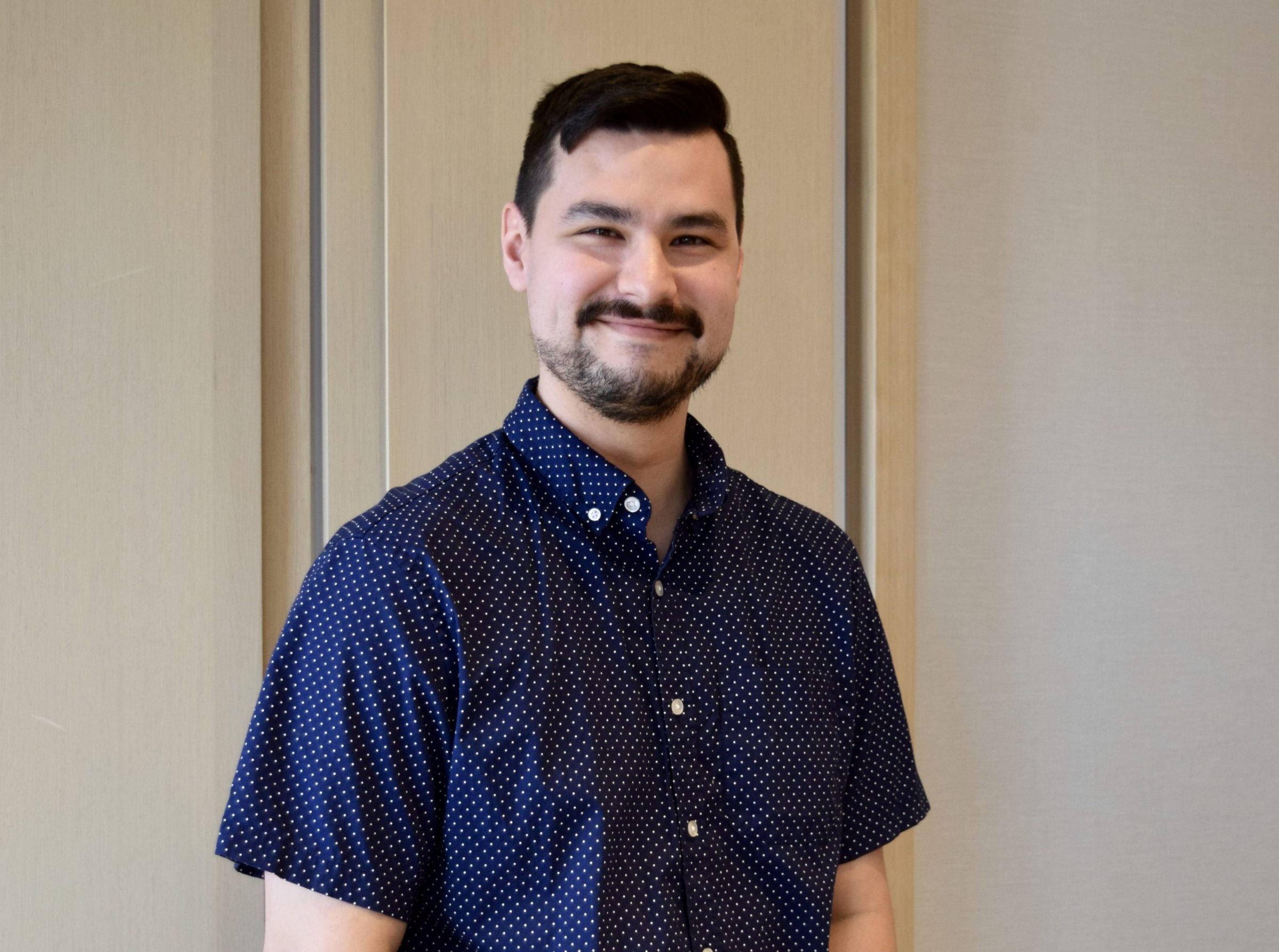 ​​David Korgak, a recipient of the Jane Glassco Northern Fellowship, spent two years working with youth to come up with ways to strengthen Nunavut’s Interagency Information Sharing Protocol, a way for government departments to collaborate on suicide prevention strategies. (Photo by Madalyn Howitt)

Born and raised in Iqaluit, David Korgak has seen firsthand the prevalence and impact of youth suicide in Nunavut.

“Many young people have been touched by suicide in one way or another, whether it’s friends, family, or anybody in their communities,” the 28-year-old said.

“The smaller the community, the bigger impact that it has.”

Among Inuit males aged 15 to 29, Nunavut’s rate is close to 40 times higher, according to a 2018 study by Inuit Tapiriit Kanatami.

Seeing a need to re-examine how suicide prevention is addressed in his home territory, Korgak was inspired to launch his project, called “Communication is Key: A Youth-Led Review of the Government of Nunavut’s Interagency Information Sharing Protocol for Suicide Prevention.”

What he found, he said, was a lack of input from young people, and lacklustre co-ordination at the government level.

His work is one of two research papers published this month through the Jane Glassco Northern Fellowship, a two-year policy and leadership development program for young northern Canadians seeking to address challenges in the North.

Korgak, currently the assistant director of social development at Nunavut Tunngavik Inc., looked at how the Government of Nunavut’s information sharing protocol, designed to help communities, agencies and government departments collaborate on suicide-prevention strategies, could be revitalized with youth input.

The protocol was developed following recommendations from a 2015 inquest into suicide by the Nunavut chief coroner, and revised two years later for the suicide-prevention Inuusivut Anninaqtuq action plan.

Yet while the intent behind the protocol is admirable, Korgak said, the execution of it has been lacklustre.

“A huge part of being able to implement the recommendations and really provide consistent holistic wraparound support for young people is going to be dependent on the government’s ability to communicate and work together,” he said.

Korgak’s project is also an effort to bring a youth perspective to the way government policies address suicide prevention.

“The vast majority of those who are deeply affected [by suicide] are young people,” Korgak said.

Yet before even meeting with the students, Korgak said a lot of the information he tried to find about how the protocol even works was “inaccessible.”

“In order for me to even get background information and knowledge, I had to have somebody [go] into the Inuusivut [Anninaqtuq] office and grab a training manual and hand deliver it to me because there was just no information available online,” he said.

Key recommendations the group landed on include making protocol training mandatory for all service providers in the GN, and expanding the protocol to include training for community wellness staff in hamlets.

Also, permanently designating Inuusivut Anninaqtuq action plan staff as essential workers due to the prevalence of youth suicide in the territory, and offering protocol training throughout the year.

They also recommend including a signing bonus for Inuit who are hired into these positions and providing housing benefits and long-term contracts for trainers who may be coming from outside Nunavut.

“The entire goal of having them in the public service is not being met because of that barrier.”

In February, the high school students presented a short film they made about suicide prevention to an audience in Iqaluit. Then earlier this month, Korgak presented his and his team’s work to officials in Ottawa, including federal Northern Affairs Minister Daniel Vandal, Inuit Tapiriit Kanatami policy staff and other government officials and policymakers.

He hopes to soon present his work in Iqaluit alongside Patricia Johnson-Castle, another recipient of the Jane Glassco Northern Fellowship.

While he’s proud of the work he and his team accomplished, Korgak stressed the recommendations alone are not enough to fully address the suicide crisis in Nunavut.

“There’s an opportunity there to really provide support in a holistic way that is reflective of Inuit societal values, making sure that the whole needs of a person are met rather than siloed services being provided to that person,” he said.

Here are resources for people in distress who need to talk to someone: