Coat of arms incorporates Simon’s motto, Ajuinnata, which means ‘to persevere’ or ‘never give up’ in Inuktitut 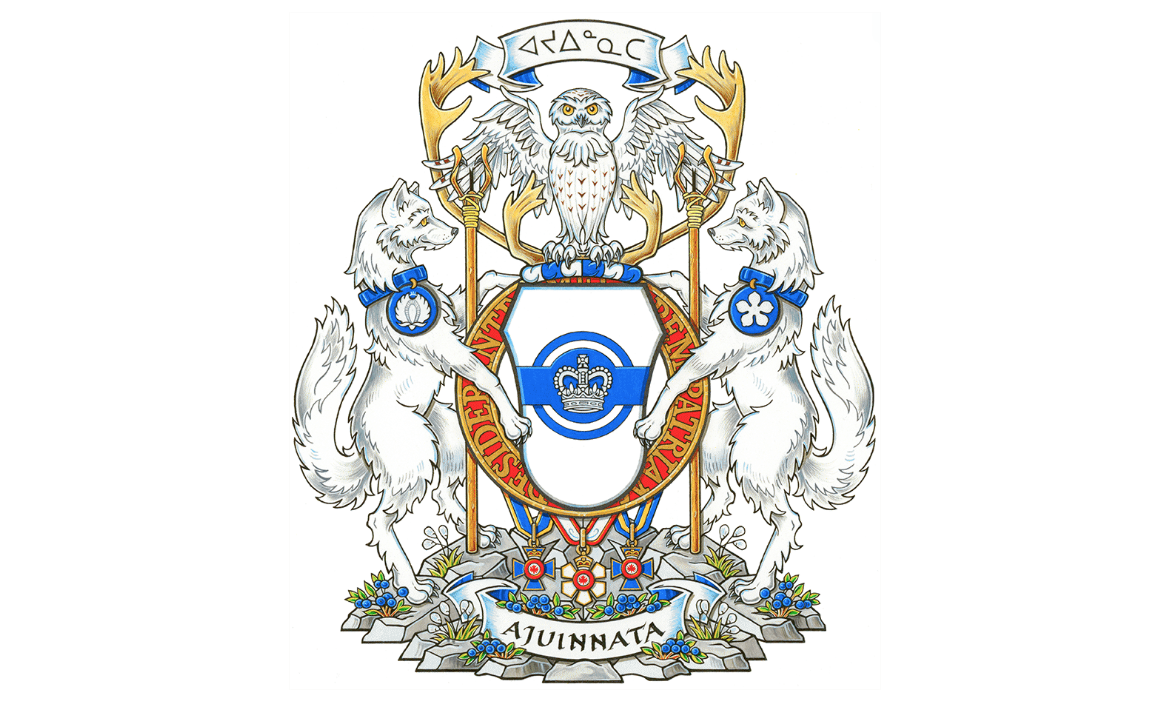 The design of Governor General Mary Simon’s personal coat of arms is the result of a year-long collaboration with Samy Khalid, chief herald of Canada. It highlights her Inuit culture, her deep connection to the North, her distinguished career as a Canadian diplomat and her dedication as an Inuk leader. (Photo courtesy of the Governor General’s office)

Gov. Gen. Mary Simon presented her personal coat of arms on Oct. 28, reflecting her commitment to reconciliation and her Inuk identity in the new design.

The coat of arms appears on official documents and artifacts such as privy seals and academic medals, with the privy seal used to give formal approval to certain classes of documents such as commissions of officers in the Canadian Armed Forces.

Simon’s personal coat of arms highlights her Inuit culture, according to a news release, as well as her deep connection to the North, her love of family, her distinguished career as a Canadian diplomat, expert in circumpolar affairs and her dedication as an Inuit leader.

It also incorporates her motto, Ajuinnata, which means “to persevere” or “never give up” in Inuktitut, embodying her message of hope to young people and to all Canadians confronted with adversity.

“This coat of arms is my story, my true history, and it speaks of my lifelong commitment to bridge-building and family, and of my hopes for a future where we respect and share each other’s stories to help foster better relationships between peoples,” Simon said in the release.

The design of Simon’s personal coat of arms is the result of a year-long collaboration with Samy Khalid, chief herald of Canada.

The painting was produced by Cathy Sabourin of the Canadian Heraldic Authority. The calligraphy is by Doris Wionzek.

Simon’s coat of arms “is a personal emblem that serves a public purpose,” according to Khalid.

“It exemplifies how heraldry can express many layers of a person’s identity in a structured yet creative way,” he said in the release.