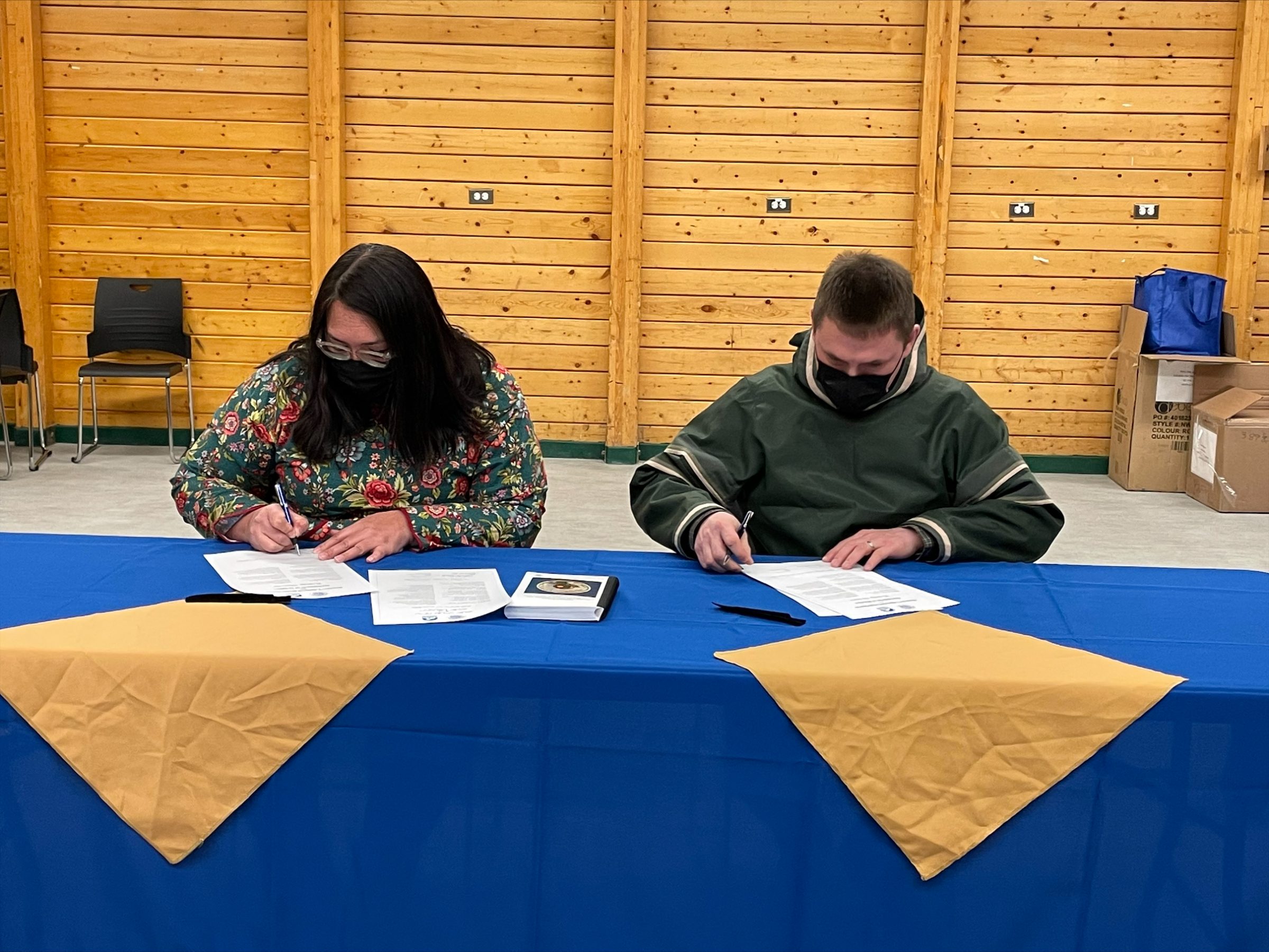 The deal, announced Friday afternoon in a news release, comes in the same week that Commissioner Eva Aariak announced the territorial government’s Katujjiluta mandate, which means “a commitment to work in unity to manifest the courageous dream.”

The three Inuit organizations and NTI worked with MLAs to come up with the mandate, although the new partnership committee announced Friday is an arrangement between NTI and the government.

“I am pleased to take another step towards our ongoing efforts to strengthen the Government of Nunavut’s working relations with NTI,” Akeeagok said in a press release.

“I know that working together, we have the joint resolve and resources to tackle Nunavut’s historic inequities and to make our territory a better place for all Nunavummiut.”

Kotierk said the government and NTI will work better together.

“The Nunavut Agreement created Nunavut as a place for Inuit economic, social and cultural well-being,” Kotierk said in the release. “This declaration will see us working towards this vision with determination and coordination.”

In January 2020, the government and NTI signed the Katujjiqatigiinniq Protocol, which was a framework that described how they would work together.