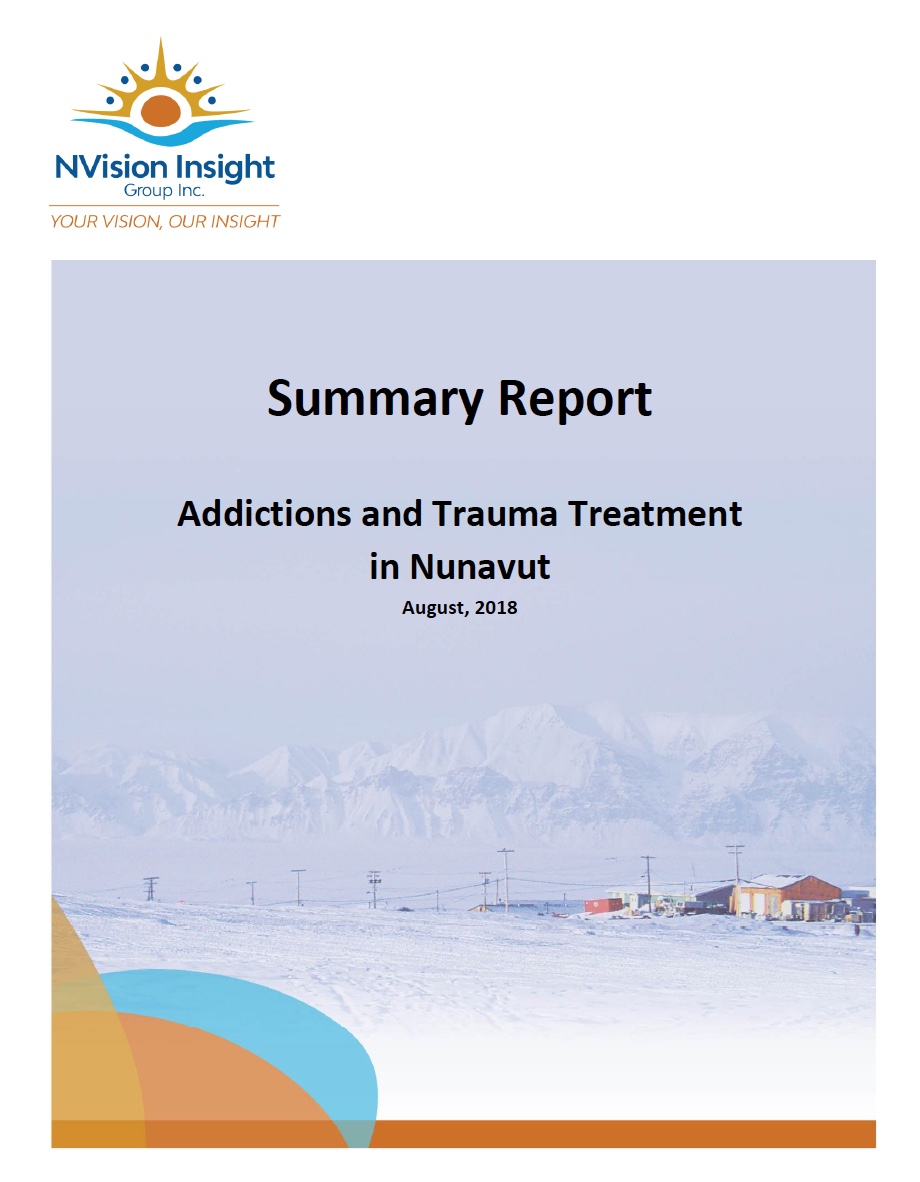 Government of Nunavut pushes ahead with plans for addictions treatment programs

The Government of Nunavut appears to be moving ahead with a new territory-wide addictions and trauma treatment plan.

Jakob Gearheard has been hired as the executive director of the Nunavut Recovery Centre. This centre does not currently exist, nor has its creation even been announced by the territorial government.

But the centre is at the heart of an ambitious plan, expected to cost $102.5 million over five years, to develop addictions and trauma treatment services across the territory.

The plan would see up to 256 Nunavummiut being treated annually through the centre’s residential treatment programs and services, and up to 80 Nunavummiut per year being treated through on-the-land healing programs offered in each region of Nunavut.

Gearheard was previously the longtime director of the Ilisaqsivik Society in Clyde River, which offers a wide range of community-based healing and training programs.

Construction of the centre and staff housing and other capital costs are expected to total about $73 million. The Government of Nunavut is expected to contribute $23 million, Nunavut Tunngavik Inc. would contribute $15 million and the federal government would pay the remaining $35 million.

In September, NTI was asked to make a financial commitment to the project. But none of these contributions have been publicly confirmed.

Money from the federal government would likely be committed in its 2019 spring budget.

In October, in the Nunavut legislature’s committee of the whole, Health Minister George Hickes declined to comment on the project’s progress.

And Nunavut’s Health Department turned down a request from Nunatsiaq News to interview Gearheard, saying he was still new to the job.

But the details of a five-year plan to create a full range of Inuit-led treatment and recovery services for the territory by 2023-24 are spelled out in a 115-page consultants’ report, titled Addictions and Trauma Treatment in Nunavut. It’s a summary of a longer report prepared by the NVision Insight Group for the GN and NTI.

The report puts the total five-year costs of the project at $102.5 million. That includes the cost of operating land camps, beginning in 2019-20, the development of an Inuit workforce and the startup of the recovery centre.

The recovery centre would be located close to the Qikiqtani General Hospital and other services. There would also be trauma and addictions programs in Cambridge Bay, Rankin Inlet and likely Clyde River, expanding on these communities’ on-the-land programs.

The centre in Iqaluit would offer residential addictions and trauma treatment services, but it would provide no detoxification program. It would serve men and women with addictions, as well as families, youth and pregnant women, in Inuktitut and English, with clients coming from all three regions of Nunavut.

It would be located in Iqaluit for access to physicians and pediatric services, as well as obstetric services that can be provided to meet the specific needs of pregnant women, states the report.

Other details from the report include the following:

• Youth and pregnant women would have special units, with four rooms each.

° Pregnant women would be able to enter the recovery programs “on a continuous basis.” The report says a “key service population to be supported within the recovery centre is pregnant women. The needs of pregnant women receiving treatment for trauma and addictions require specialized approaches, programs and services.”

• The centre would also provide additional addictions and trauma services to Iqaluit through outpatient services.

• The centre’s staff of about 50 means about $10 million has been earmarked to build five-plexes for staff housing.

• The centre would be operational year-round, at an operating and maintenance cost of about $10 million a year.

Gearheard will head a team whose members will undertake more detailed planning for the territorial addictions and trauma centre and will later form part of the core senior staff for the centre. He will also be accountable for the development of the overall programming for the centre, providing input on its design and “ensuring all appropriate steps are taken leading up to its opening,” the report said.

Later, Gearheard will be responsible for the centre’s overall operations, including programs and services, day-to-day administration and long-term planning.

On-the-land healing programs will offer 28-day substance use recovery and healing-focused camps three to four times per year. The plan also calls for a 28-day outpatient treatment program to be offered in Cambridge Bay two times per year.

The plan also calls for building an Inuit workforce that can deliver programs and addictions and healing services to Nunavummiut, within a variety of treatment settings.

“Most important to the establishment of an enhanced Nunavut addictions and trauma treatment system is ensuring that this initiative is underpinned and staffed by Inuit,” said the report.

That will take about $2.4 million per year to develop. This will include a degree program within Nunavut Arctic College and counsellor education and training programs.

The trauma and addictions project would mark the first time Nunavut has had its own facility since 1998, when the Inusiqsiuqvik Treatment Centre in Apex closed.

Since then, residential treatment has been available only at centres outside Nunavut, such as the Mamiqsarvik Healing Centre in Ottawa, or at mobile treatment sessions, like those occasionally offered in Cambridge Bay.