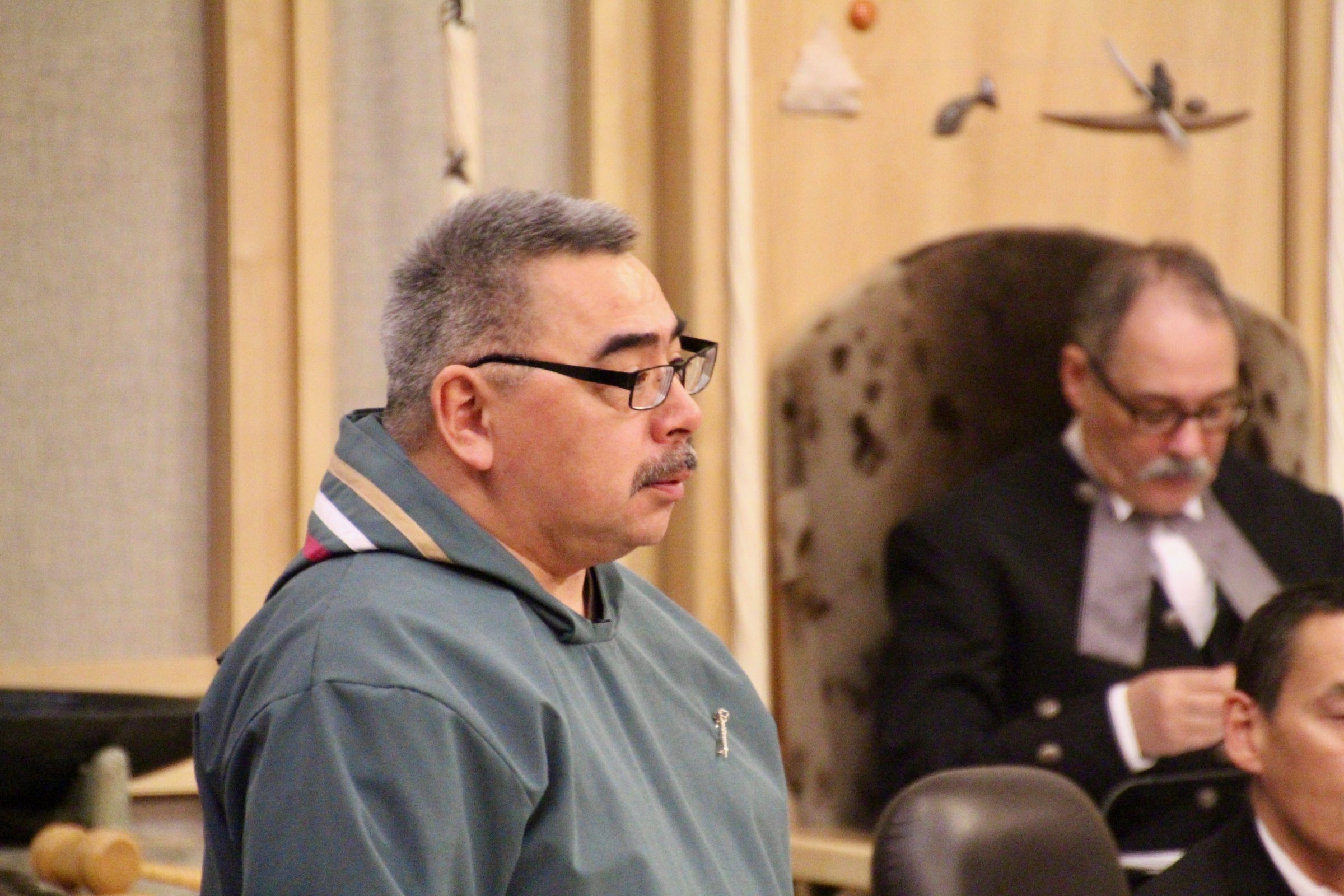 The Government of Nunavut has let the federal government know what it thinks about a pending merger between Nunavut’s two major airlines, but Transportation Minister David Akeeagok says the public will have to wait a bit longer to hear the territory’s concerns.

The GN made submissions on the looming merger of Canadian North and First Air to both Transport Canada and the Competition Bureau. Those documents will be released in one final report, Akeeagok told the house on Tuesday, Feb. 19, in response to a question from Gjoa Haven MLA Tony Akoak.

“The proposed merger between Canadian North and First Air is an issue that affects every single resident of Nunavut given our isolated communities’ reliance on air travel,” Akoak said. “Can the minister indicate what position the Government of Nunavut took in its formal written submission to the federal Department of Transport?”

The short answer was: no. Akeeagok also said his department is unable to table the submission until a full review of the merger is finished.

This will mark the second time that the Competition Bureau will look to review a merger by these two airlines. MLAs have long been sharing their concerns over the monopoly with the Nunavut government.

In January, the GN issued a request for proposals from airlines looking to fill contracts for medical travel, duty travel and air freight.

“Can the minister clarify how the government’s request for proposal for medical travel, duty travel and air freight is taking into account the possibilities that the two largest air carriers currently serving Nunavut will be merging into a single entity within the next 12 to 18 months?” Akoak asked.

The merger will not impact the GN’s decision on that request for proposals, Akeeagok said. His department is not talking to Canadian North or First Air about how the merger will impact that proposal competition, he said.

“To be fair for everyone, I don’t go asking how it’s going to affect their merger. A merger is a business decision that they have made, as two major airlines in Nunavut,” Akeeagok said. “That will be up to them. As a government, we did not say how it’s going to impact our request for proposal.”

The GN has already said that it consulted with outside airlines to find ways to attract other companies to work in Nunavut.