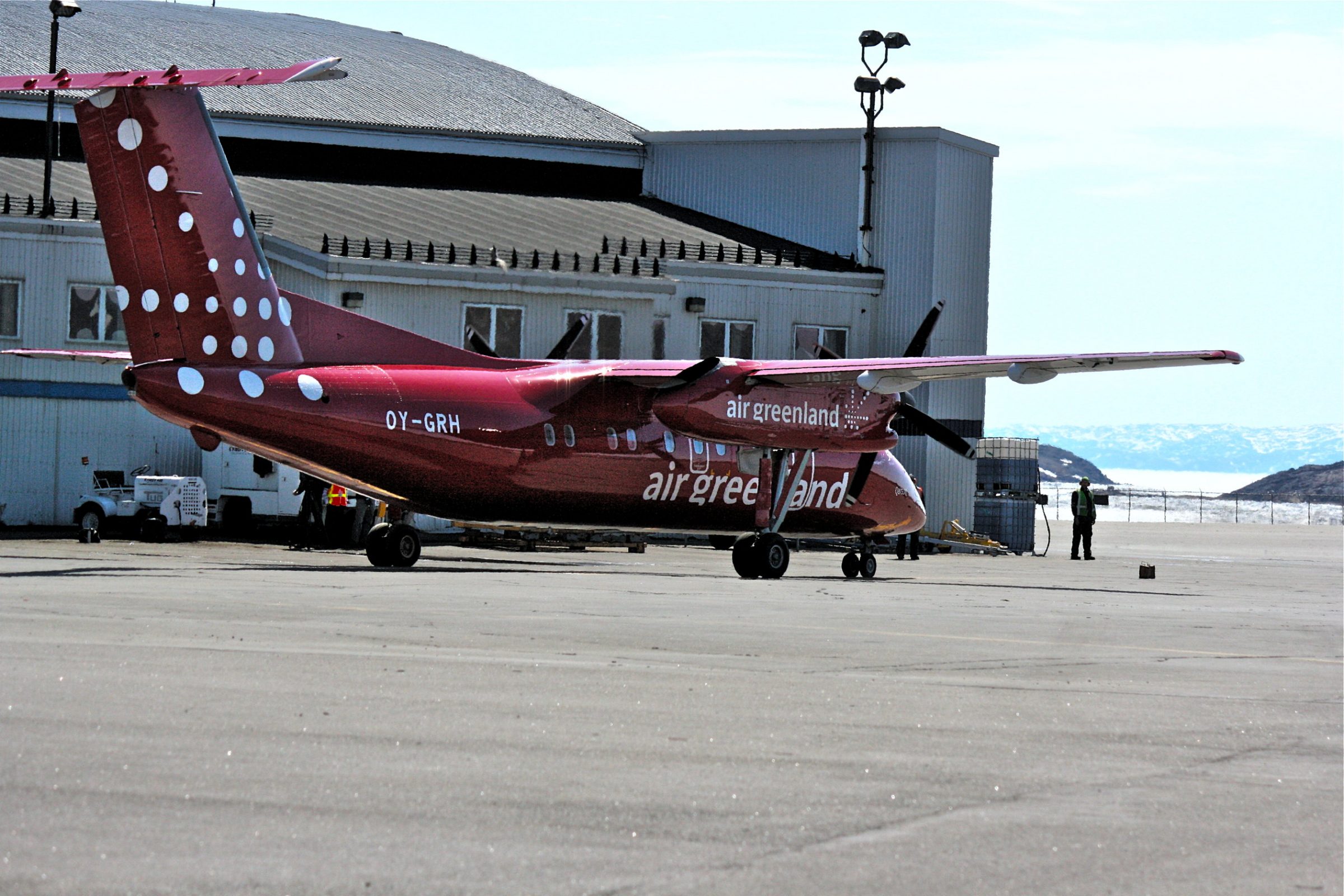 An Air Greenland Dash-8 sits parked on an apron at the Iqaluit airport in 2012. (File photo)

The Greenland government has rejected the idea of using government-owned Air Greenland to re-establish a scheduled air service between Nunavut and Greenland, the Sermitsiaq newspaper reported on Oct. 17.

The story, published in Danish and Greenlandic, quoted Greenland’s minister of housing and infrastructure, Karl Frederik Danielsen, as saying that his government’s current priority is new airport construction and not an air link to Nunavut.

Danielsen, a member of the governing Siumut party, made the remarks in response to a proposal from Mimi Karlsen, an Inuit Ataqatigiit member of the Greenland Inatsisartut, or parliament.

In her proposal, Karlsen said Greenland should establish closer connections with other Inuit regions, Sermitsiaq reported.

“She believed that trade relations and cultural activities could be started by establishing the route to Iqaluit,” the Sermitsiaq story said.

She also said the Greenland government should look at the possibility of getting financial support from the Canadian government for a Nunavut-Greenland air link.

To that end, he said his government is focusing on the extension of runways and construction of new airports.

“This should be seen in the light of the fact that airlines have typically concluded that the short runways appear to be an obstacle to regular services,” Sermitsiaq quoted Danielsen as saying.

“Due to the current construction of new airports, Naalakkersuisut [Government of Greenland] believes that the time has not come to examine the possibilities of opening a flight route to the neighboring country,” Danielson said.

In the summer of 2012, Air Greenland started an 11-week trial air service between Iqaluit and Nuuk, offering twice-a-week flights between the two cities that ran from June to September that year.

The company believed they could attract passengers from the mineral and oil industries, but passenger volumes disappointed them.

In 2013, seat counts per flight ranged between 30 and 40 per cent. In 2014, after Air Greenland focused more on tourists, and friends and family members on either side of the Davis Strait, that rose to about 50 per cent.

The service continued in 2014. But in 2015, Air Greenland stopped offering the service, saying passenger volumes were too low.