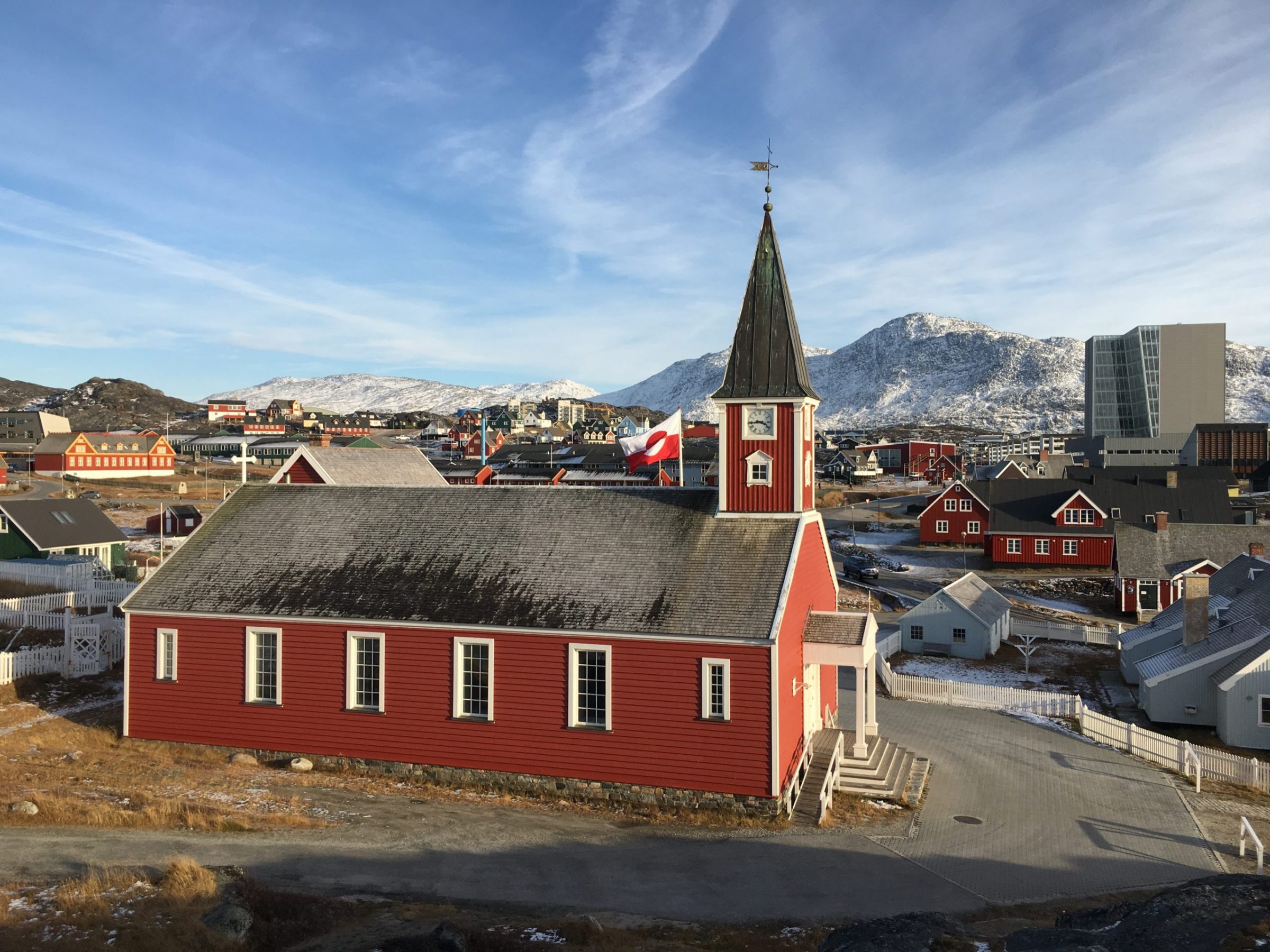 The Nuuk Cathedral, a Lutheran church, stands near the heart of Nuuk, Greenland. (Krestia DeGeorge)

Public health officials in Greenland have sealed off the capital as they seek to identify the source of a potential outbreak after three unrelated cases of COVID-19 have been reported in recent days.

The ban on leaving the city takes effect immediately. In addition, bars and restaurants have been ordered not to open, cultural events must be cancelled and people will be required to wear facemasks in indoor public places.

The measures will be in place until Monday, but they will be extended if testing and contact tracing are unable to determine the source of the infection.

This is the second time since the start of the pandemic that Nuuk residents have been ordered not to leave the city. While the first order turned out to have been unnecessary, it provided public health officials with valuable lessons about how to prevent the virus from spreading to other parts of Greenland where access to healthcare is limited.

“We understand that people are nervous about where the infection is coming from and that we don’t know anything about it. That’s a source of unease, but we will draw on all of the expertise we’ve gained to protect people as best as we possibly can,” Egede said.

In order to keep the virus out of the country and prevent its health service from being overwhelmed, health officials have followed a strict policy of limiting entry into the country. A ban on all non-official travel to the country imposed in January was lifted at the start of the month, but travellers must still remain in quarantine until they test negative for the virus twice during a period of at least five days.

All three people who tested positive work for the same company, but reportedly have not been in contact with each other.

“The most recent case can’t have been caused by the two others. That means there is a risk that the virus is spreading freely in Nuuk, and that’s what we are concerned about,” Henrik L. Hansen, the chief medical officer, told KNR, a broadcaster.

The first two cases were reported on Wednesday during routine testing in connection with return travel to Greenland. The two people in question have been in quarantine since their arrival.

It was originally believed they were isolated cases and that no further measures would be needed to prevent the virus from spreading.

However, after the discovery of a third positive case on Thursday, the firm’s 80 employees and their families were ordered into isolation. The are being tested today.

Public health officials are also calling on people who were at a Nuuk restaurant and two bars last Saturday while the individual who tested positive yesterday was there to be tested as soon as possible.

As of May 23, a quarter Greenland’s residents had been vaccinated. In Nuuk, all residents age 65 and over have been offered a vaccine. While that, according to Hansen, can be expected to lessen the severity of an outbreak, residents of the city between the ages of 50 and 64 will be offered the vaccine starting today, a month sooner than planned.