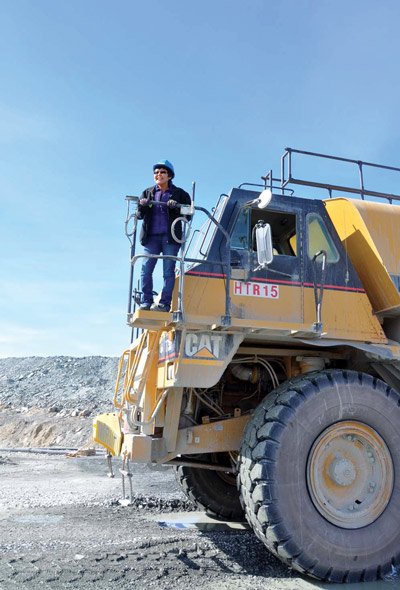 Blandina Kashla, a haul truck driver from Baker Lake, works at Agnico Eagle’s Meadowbank gold mine on June 23, 2014. At that time, most of Meadowbank’s haul truck operators were Inuit, numbering about 75 people. Nearly one-third of them, or 22, that year were women. (File photo)

Has Nunavut’s economic boom left the small communities behind?

“Our small communities still have a long way to go”

At the same time, since the end of the last recession in 2009, Nunavut has had one of the fastest growing economies in Canada. In 2017 alone, Nunavut’s economy increased by 9.8 per cent, while the provinces and territories together grew by just three per cent.

By many measures, Nunavut’s economy has outperformed the most optimistic predictions that were made at the time of the territory’s creation. Economic output has more than doubled since division from the Northwest Territories, reaching $2.23 billion in 2017.

Nunavut’s gross domestic product per capita, a common measure of a society’s relative wealth, is $75,788, well above the Canadian average and more than that of Germany or Saudi Arabia.

That wealth, though, is not finding its way into the wallets of the poorest Nunavummiut. In 2017 the top 10 per cent of earners in Nunavut racked up 34 per cent of total income. The bottom 10 per cent, meanwhile, reported incomes of less than $2,435 per person.

John Main, the MLA for Arviat–Whale Cove, sees this reality on the ground in his constituency.

“Income inequality is worsening,” he says. “A certain part of the population is working, is well-fed and well looked after and there is another part that is being left behind. There is a tremendous amount of ingenuity out there among hard-working people and it is painful to see them stuck in a place they can’t get out of.” 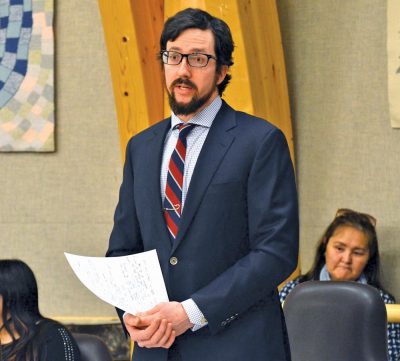 It wasn’t supposed to work out this way. Hopes were high in the 1990s, as plans for the new territory were put into place.

Inuit were about to become the largest private landowners on the planet, after having painstakingly chosen lands with the greatest mineral potential under the land claim. Resource development, many believed, would lead to a flood of new jobs that would bring unemployment rates crashing down.

The predictions were partly right. Riding the wave of higher commodity prices at the end of the last recession, Nunavut’s mining industry has led the territory’s economic expansion. The Meadowbank mine, on its own, makes up 15 per cent of Nunavut’s economy, according to industry figures.

Meadowbank started production in 2010. As the mine went looking for local workers, it recruited over half of them from one community, Baker Lake, 70 km away.

At the ribbon-cutting ceremony when the mine opened, Jose Kusugak, president of the Kivalliq Inuit Association, declared that Baker Lake, “is the happiest community in Nunavut.” This was in stark contrast to the mood in the community before division when, he said, “people were crying with hopelessness.”

Mine employment lower than expected

Today, as Meadowbank nears the end of its life, some are questioning whether the mine has lived up to the hype. While the median income among Inuit in the community rose by more than half after the mine went into operation, reaching $25,280 in 2015, unemployment has also increased to over 30 per cent.

Before the mine opened, Baker Lake’s hamlet council had hoped for a target of 50 per cent Inuit employment at Meadowbank. Since 2014, though, only 220 Inuit have been employed, making up 29 per cent of the overall workforce. The number of people in Baker relying on social assistance, meanwhile, has held steady.

By 2017, the sunny mood at the mine’s opening had soured somewhat. In its comments to the Nunavut Impact Review Board on Agnico Eagle’s application for a new mine at its Amaruq project, the Baker Lake Hunters and Trappers Association wrote, “While the employment opportunities have been very helpful for many families, when the gold runs out, we will not have any lasting benefits. We have seen no major improvements to our infrastructure or housing stock as a result of mining.”

A similar dynamic has been playing out in Pond Inlet, where the neighbouring Mary River project has been in operation since 2014. During the last shipping season, Baffinland shipped a record 5.1 million tonnes of iron ore from Nunavut to Europe and Asia, injecting millions of dollars into the territory’s economy.

The company reported paying $819 million to Inuit-owned businesses and joint ventures since the project started and $33.3 million in payroll to its Inuit employees. In 2017, though, those salaries were going to just 219 Inuit employees who make up 14 percent of the workforce.

The lacklustre numbers rankled for the hamlet council and the Mittimatalik Hunters and Trappers’ Association. In comments to the Nunavut Planning Commission, they have called Inuit employment rates at Mary River “dismal,” and argue that the impacts of the mine far outweigh the benefits the community has received.

If the resource industry has been unable to break communities out of their economic doldrums, government has not fared better. The federal, territorial and municipal governments together contribute close to 50 per cent of Nunavut’s economy and more than half of Inuit who are employed in Nunavut work in the public service. This has been relatively unchanged since the time of division in 1999.

Nunavut’s decentralized model of government was touted before division as a way to distribute jobs and economic benefits to communities throughout the territory.

Since 2016, Igloolik, another decentralized community, has had more people receiving social assistance than Iqaluit, a community five times its size. Three out of every four Iglulingmiut accessed social assistance at some point that year versus just 14 per cent in Iqaluit.

The authors of the last official review of decentralization in 2011 found that while the policy was contributing to the goal of Inuit employment, the shortage of Inuit with the skills needed for employment was preventing the government from meeting its decentralization goals. 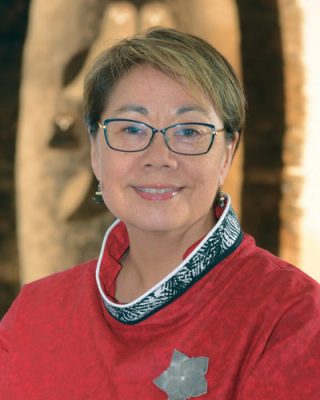 Eva Aariak, Nunavut’s former premier, says that the optimism of the 1990s, when Nunavut was being planned, was overshadowed by the realities of running a new territory.

“Leading up to Nunavut, the slogan was, ‘Closer to the people,’” she said. “But what did that mean? We didn’t concentrate enough on answering that question. Bureaucracy came into play. There was a focus on keeping the system going, instead of considering daring changes.”

Despite the numbers, John Main says that decentralization has had a positive impact on his home community of Arviat.

“Decentralization has been a massive success in terms of the jobs and opportunities that it brought,” he said.

He worries more about the smaller communities, like Whale Cove, that were left out of the decentralization process.

“In some ways it’s created another layer of ‘haves’ and ‘have-nots,’” he said.

“It has contributed to a sense of disillusionment.” Main said he would like to see a second wave of decentralization to, “re-embrace an idea that was so exciting 20 years ago.”

Aariak also sees a gap emerging. “Our small communities still have a long way to go,” she said. “Services are badly needed. Communities need to be equipped so that they are able to hang on to more resources and benefits.”

She sees great potential for small business and entrepreneurship in providing services for government and the private sector. “There are opportunities—even things like local taxi services.”

John Main also points to government-funded infrastructure in the communities and stresses that the territory has to stop, “accepting lower and lower levels of Inuit employment on capital projects.”

Aariak and Main agree that education and training are essential to enabling more Nunavummiut to take advantage of the opportunities that are being created. That means bringing more training to smaller communities, Main said.

“The people who need training the most are those who are the least mobile,” he said. “We have to stop pouring money into the regional centres while the have-not communities are left out in the cold,” he said.

That message may be starting to get through. Under the terms of the new Inuit Impact and Benefit Agreement, signed in October with the Qikiqtani Inuit Association, Baffinland will provide $10 million towards a new training centre in Pond Inlet. The IIBA also requires Baffinland to deliver work-readiness training in Igloolik, Hall Beach, Arctic Bay and Clyde River, as well as Pond Inlet.

Whether these new commitments will enable the mine to meet its 50 per cent Inuit employment target remains to be seen. Under the IIBA, the target will be revisited 10 years from now.

What seems clear is that, with a booming population, translating Nunavut’s economic success into employment and income for more of its people is set to be a defining issue of the territory’s next two decades.

Chris Douglas is a freelance writer who has worked with Inuit, Dene and government organizations in Nunavut and the Northwest Territories since 1996.