‘We are waking up our souls, longing to speak the language,’ says Pitquhirnikkut Ilihautiniq’s director 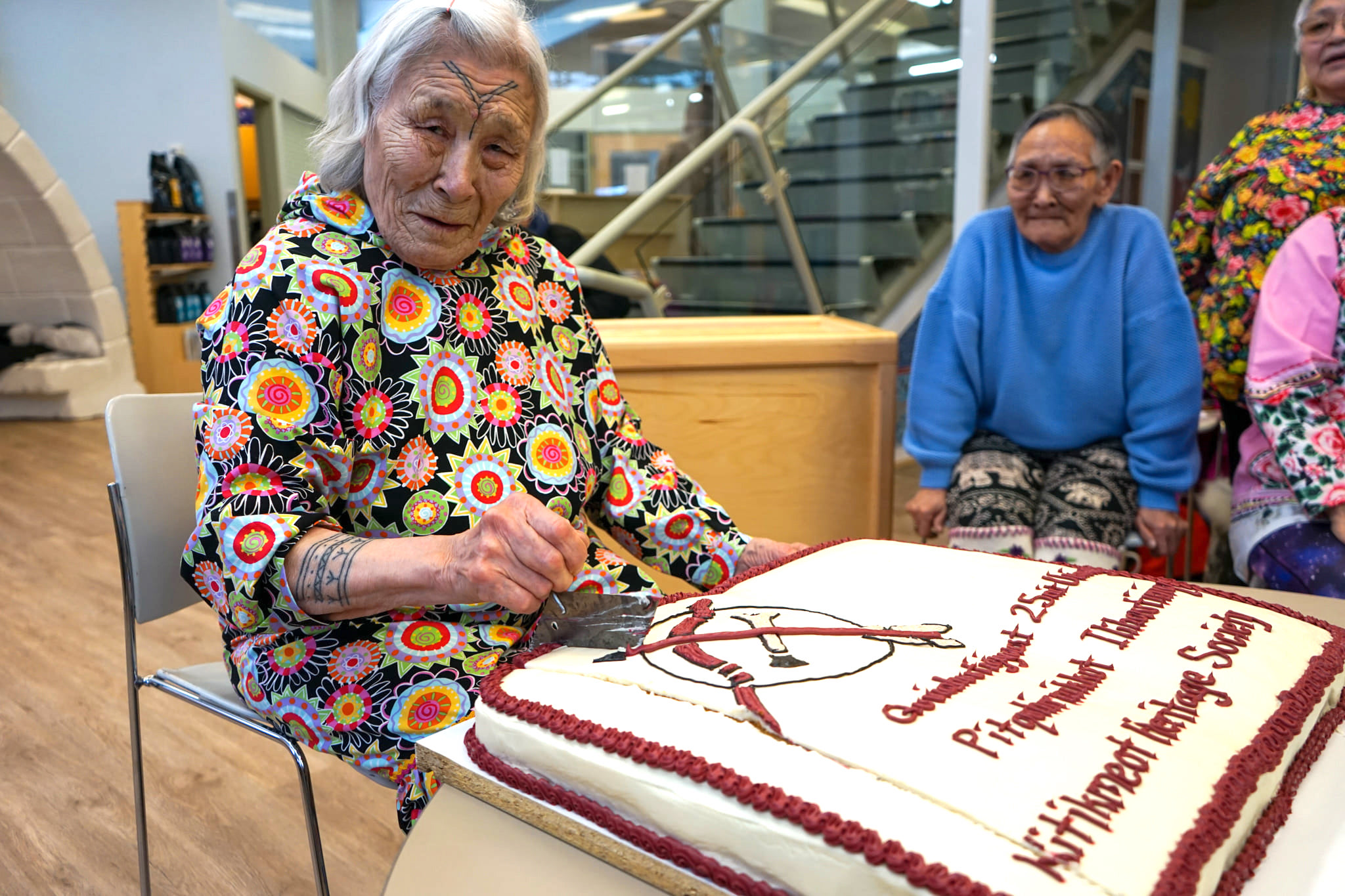 A heritage society based in Cambridge Bay is celebrating its 25th birthday by making preservation of the Inuinnaqtun language its number-one priority.

That’s according to the executive director of the Pitquhirnikkut Ilihautiniq/Kitikmeot Heritage Society, who spoke at a celebration on Saturday.

“As Inuinnait, we are waking up our souls, longing to speak the language of our namesakes, and connect to our spirits living within,” said Pamela Gross, who is also the mayor of Cambridge Bay.

During the celebration, Gross launched two campaigns: Akhuuqhimajara Inuinnaqtun/I’m all in for Inuinnaqtun, and another that is intended to include donors committed to ensuring the language survives.

It’s called Kivgaqtuiniq, or “serving one another,” in Inuinnaqtun.

Money raised will help to preserve the language and encourage those who lost their fluency to regain Inuinnaqtun and expand immersion opportunities.

Gross spoke to a group of about 25 in the May Hakongak Library and Cultural Centre, home to many exhibits of Inuinnait culture.

The celebration for Pitquhirnikkut Ilihautiniq, which means “learning through culture” in Inuinnaqtun, started with a qulliq lighting by Eva Kakolak. 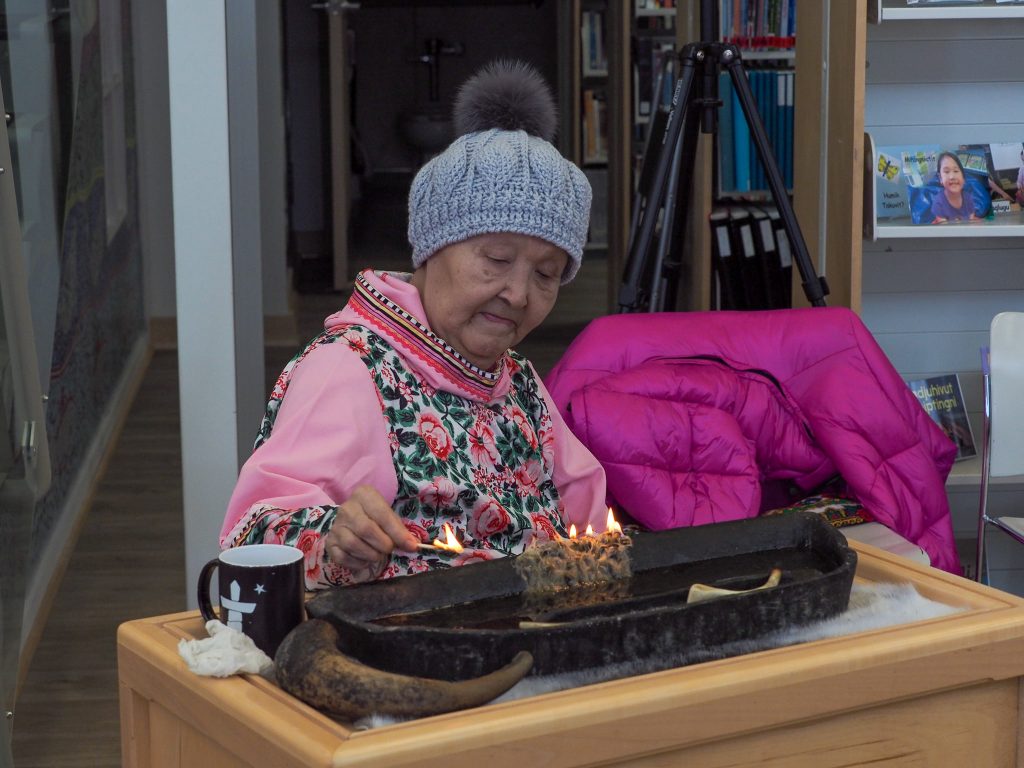 The festivities also featured drum dancing by Julia Ogina, recently honoured with a Governor General’s award, and others who are active in Cambridge Bay’s drum-dance group. 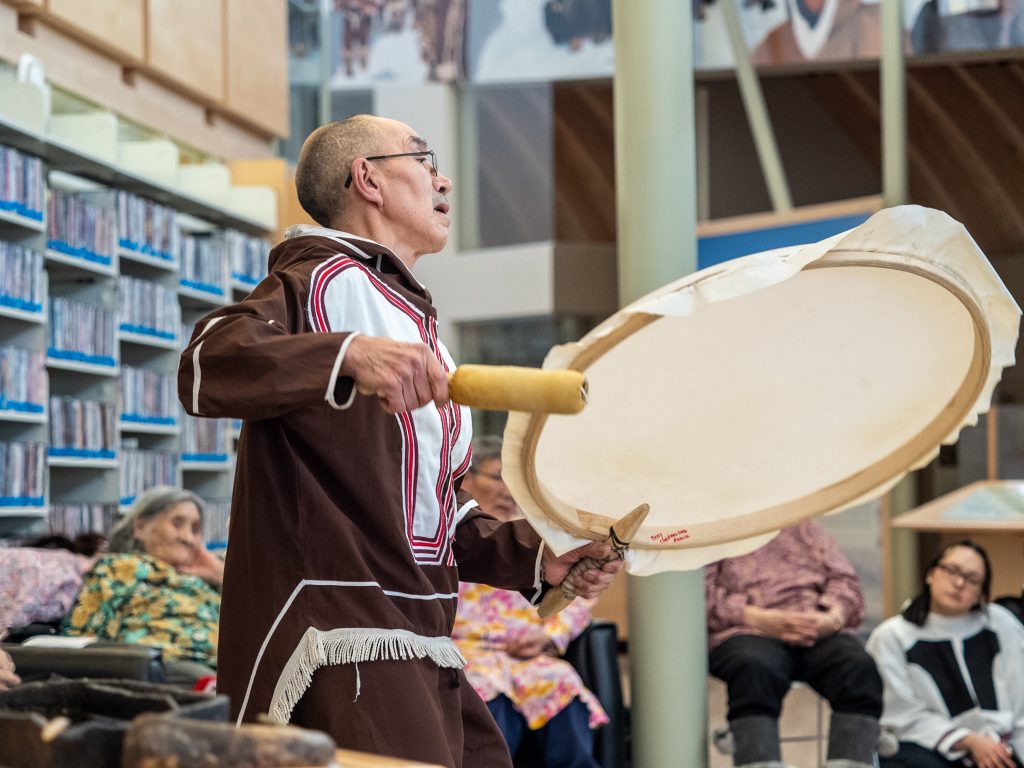 The Inuinnaqtun language is the most endangered of the Inuktut dialects in Nunavut, with fewer than 600 fluent speakers remaining, according to statistics from 2016.

That year, there were only about 355 Inuinnaqtun mother-tongue speakers in Kugluktuk, 345 in Cambridge Bay and fewer still in Gjoa Haven.

The heritage society wants to work on language revitalization to reconnect Inuinnait to the worldview contained in their language, Gross said.

The goal is to link the knowledge of the past generations to the future and “help us heal” from intergenerational trauma, she said.

To that end, the heritage society wants to raise $250,000 over the course of 2021 for Inuinnaqtun renewal.

In 2020, the society launched a podcast to create Inuinnaqtun content. Episode 1 and 2 of “Inuinnaujugut/We are Inuinnait” are now available on Spotify, Buzzsprout, and Apple podcasts. The video version is also on YouTube.

You can also find videos on the society’s YouTube channel that teach Inuinnaqtun.

In 2019, the society also incorporated a social enterprise wing to develop Indigenous-led products, including a coffee brand called Kaapittiaq or “good coffee” in Inuinnaqtun.

Up to 75 per cent of Kaapittiaq’s profits go to support programs that promote and renew Inuinnait culture, language and knowledge.