Hikers warned as Greenland wildfire burns out of control 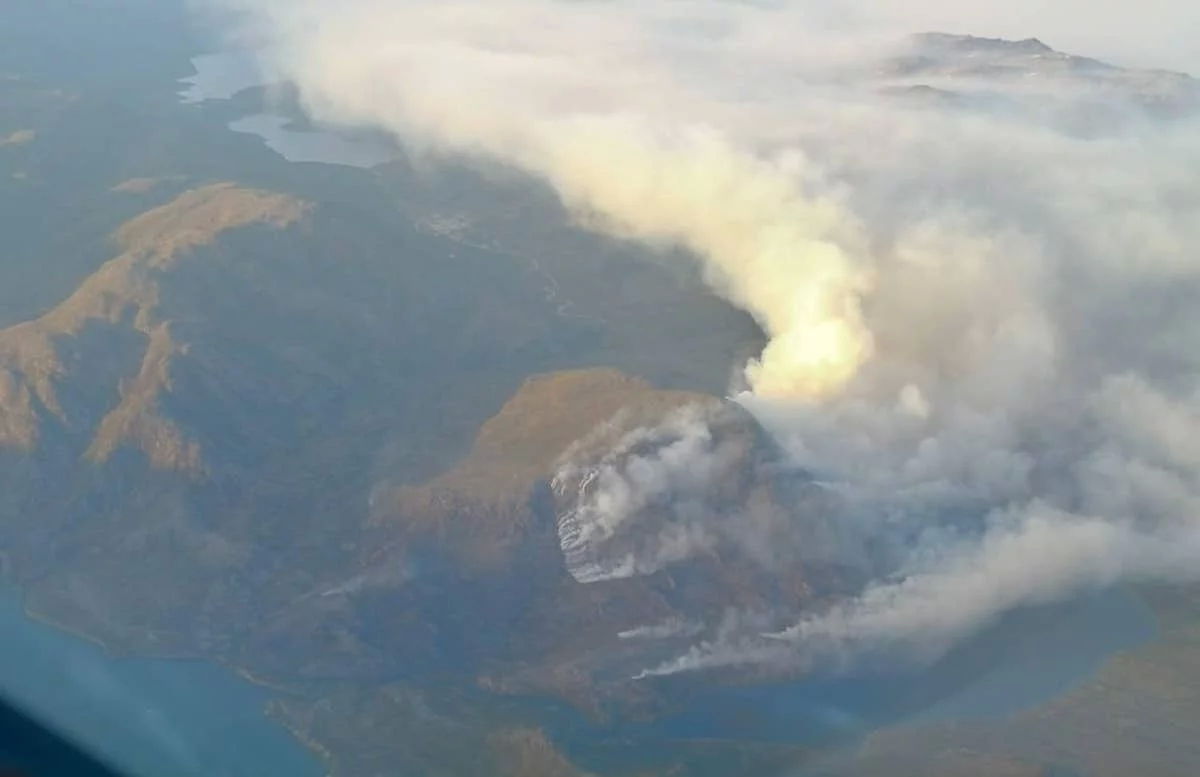 Smoke from the wildfires spreads over the Arctic Circle trail in this picture taken during a July 12 overflight. (Arctic Circle Trail)

Hikers on Greenland’s popular Arctic Circle Trail are being advised to avoid a portion of the 100-mile (165-kilometre) route linking Sisimiut and Kangerlussuaq after two Americans had to be evacuated when they become disoriented in smoke caused by a wildfire.

The fire was reportedly started on July 10 when heat from an outdoor smoke oven ignited dry ground nearby and quickly began burning out of control.

Smoke from the fire, as well as its remote location, have prevented firefighters from reaching the blaze and as of Monday, the fire had spread out over 93,000 acres (375 square kilometres).

Though not deemed a danger to either the town of Sisimiut (pop. 5,500) or any cabins or huts in the outlying area, fire officials are considering having helicopters drop water on the flames to prevent their spread.

“Right now, the fire isn’t any threat to cabins in the area, but when the wind changes direction there is a risk that the smoke will blow towards Sisimiut, and that would be a problem for people with asthma and other breathing problems,” Ole Kreutzmann, Sisimiut’s fire chief, told KNR, a broadcaster.

The latest fire is the largest of six reported wildfires in Greenland this month. The previous fires were easily put out, according to fire officials, who called the situation “predictable” given abnormally dry conditions that have arisen as the result of an early spring melt. 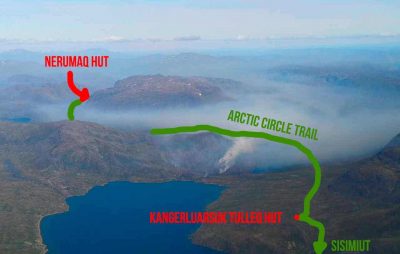 Smoke is currently blowing away from Sisimiut, but a change in the wind direction could push it over the town (Arctic Circle Trail)

Although no causes of the previous fires, which fire officials described as “minor,” have been identified, hikers and campers are being warned only to light fires near sources of water, to avoid leaving glass in the sunlight and not to discard of cigarette butts on the ground.

“If we get a fire at the foot of one of the fjords it takes some time for help to get there,” Knud Petersen, of the Sermersooq fire department, told KNR.

This article originally appeared at Arctic Today and is reproduced with permission.