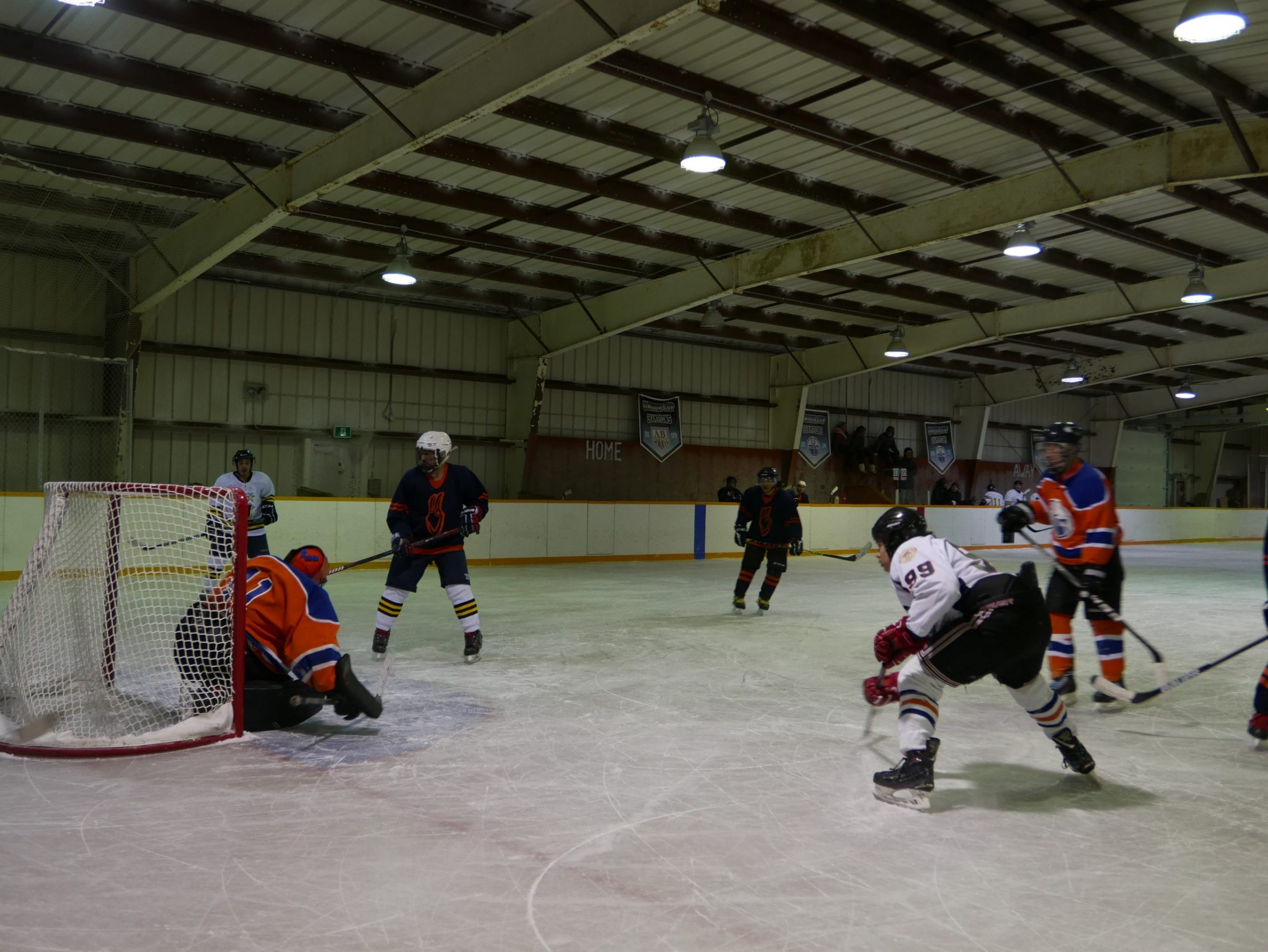 Home team goaltender Curtis Willie (number 41), stops a shot from away team forward Hali Kango (number 99) Thursday night in Arctic Bay’s arena during a 9 to 6 win for Willie’s home team. After the game, the players held a meeting to decide who will form Arctic Bay’s roster at the upcoming Qamutik Cup Tournament in Igloolik at the end of the month, and how they will all get there. (Photo by David Venn)