Housing, growth on agenda Tuesday at municipalities’ conference in Iqaluit 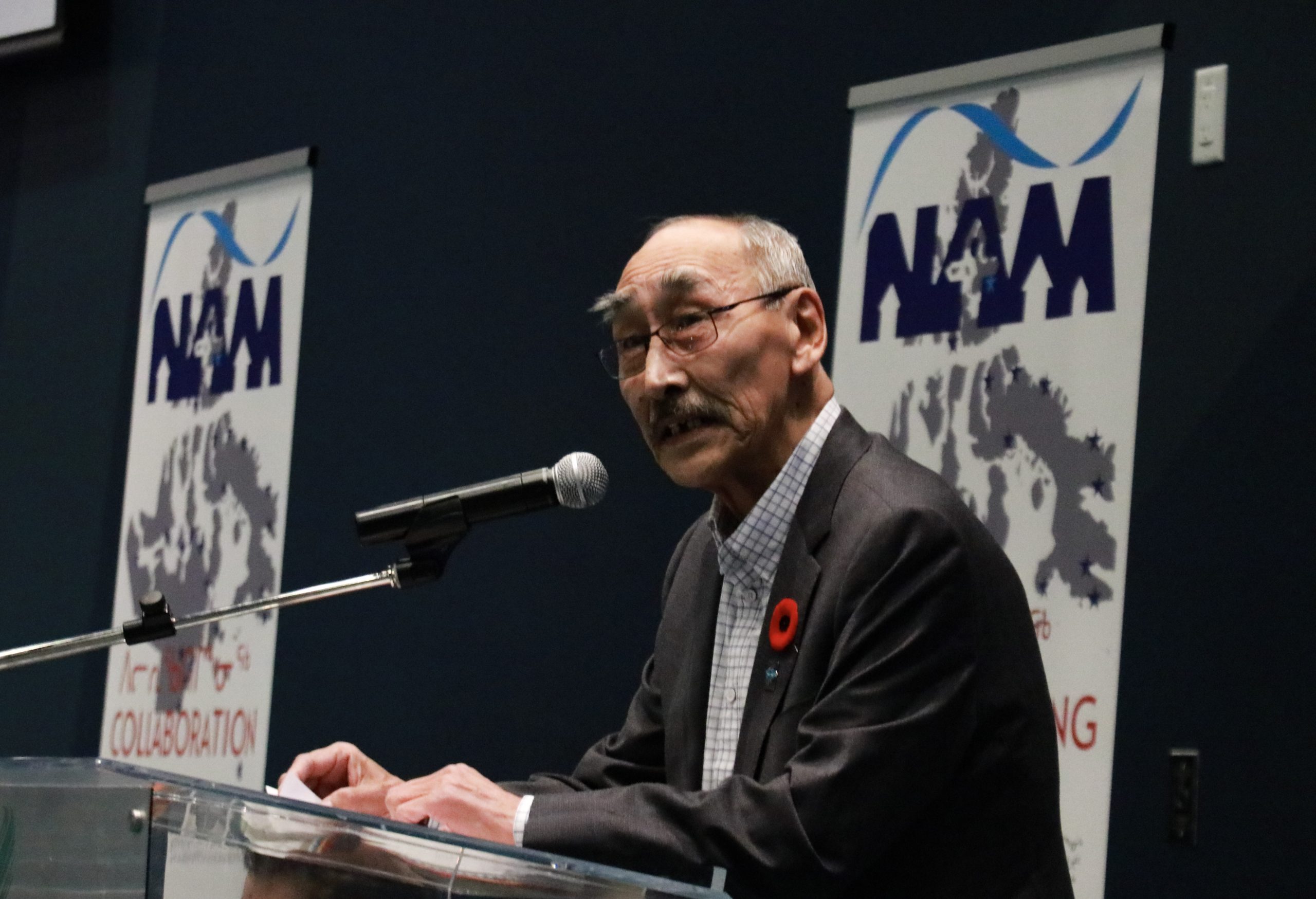 Iqaluit city councillor Paul Quassa was one of the featured speakers at the 2022 National Association of Municipalities conference in Iqaluit Tuesday. He spoke of the role mayors play within their municipalities, especially in helping provide key services and employment to Inuit. (Photo by Meral Jamal)

Community growth and the need for more and better housing in the territory were discussed Tuesday as the Nunavut Association of Municipalities conference opened in Iqaluit.

The three-day annual meeting, which attracted local government representatives from across Nunavut, is being held at the Aqsarniit Hotel and Conference Centre in Iqaluit.

In a keynote address, Iqaluit city councillor Paul Quassa spoke about the role mayors play within their municipalities, especially in helping provide key services and employment to Inuit.

“Communities are growing, and will continue to grow, but our residents will need employment to sustain their families and with that, income to be able to pursue their traditional foods,” he said.

“You are the leaders of your community,” Quassa told mayors attending the conference. “Just as in the traditional way, it is about making sure your peers will be able to survive and thrive for the good of all.”

Nunavut Tunngavik Inc. president Aluki Kotierk also spoke, sharing the organization’s vision for a relationship with municipalities, especially in addressing the housing shortage in the territory.

“Nunavut Inuit have resources to dedicate to building homes, but we need to work with municipalities to ensure that land is developed, that municipal services are available such as street lights, roads, water and sewer systems,” she said.

Speaking to the more than $420 million allocated to housing in Nunavut in the federal government’s 2022 budget, Kotierk said NTI has been working to develop Angirratsaliulauqta, its Nunavut Inuit Housing Action Plan.

She said the organization is seeking input from hamlet residents to share their own vision for housing within their communities.

“We need to know the types of homes that are needed in each community,” Kotierk said. “NTI is committed to ensuring that the best interests of Inuit are front and centre at the table.”

Other speakers at the conference Tuesday included Nunavut RCMP’s commanding officer, Chief Supt. Andrew Blackadar, who spoke about improving relationships across communities and with Inuit.

As well, Ottawa Hospital Research Institute scientist Dr. Gonzalo G. Alvarez, who shared findings from a study on tuberculosis in Nunavut being conducted by the Taima TB project.

The conference continues through Thursday.