Akeeagok says goal of developing at least 1,000 housing units in territory will help address other priorities too 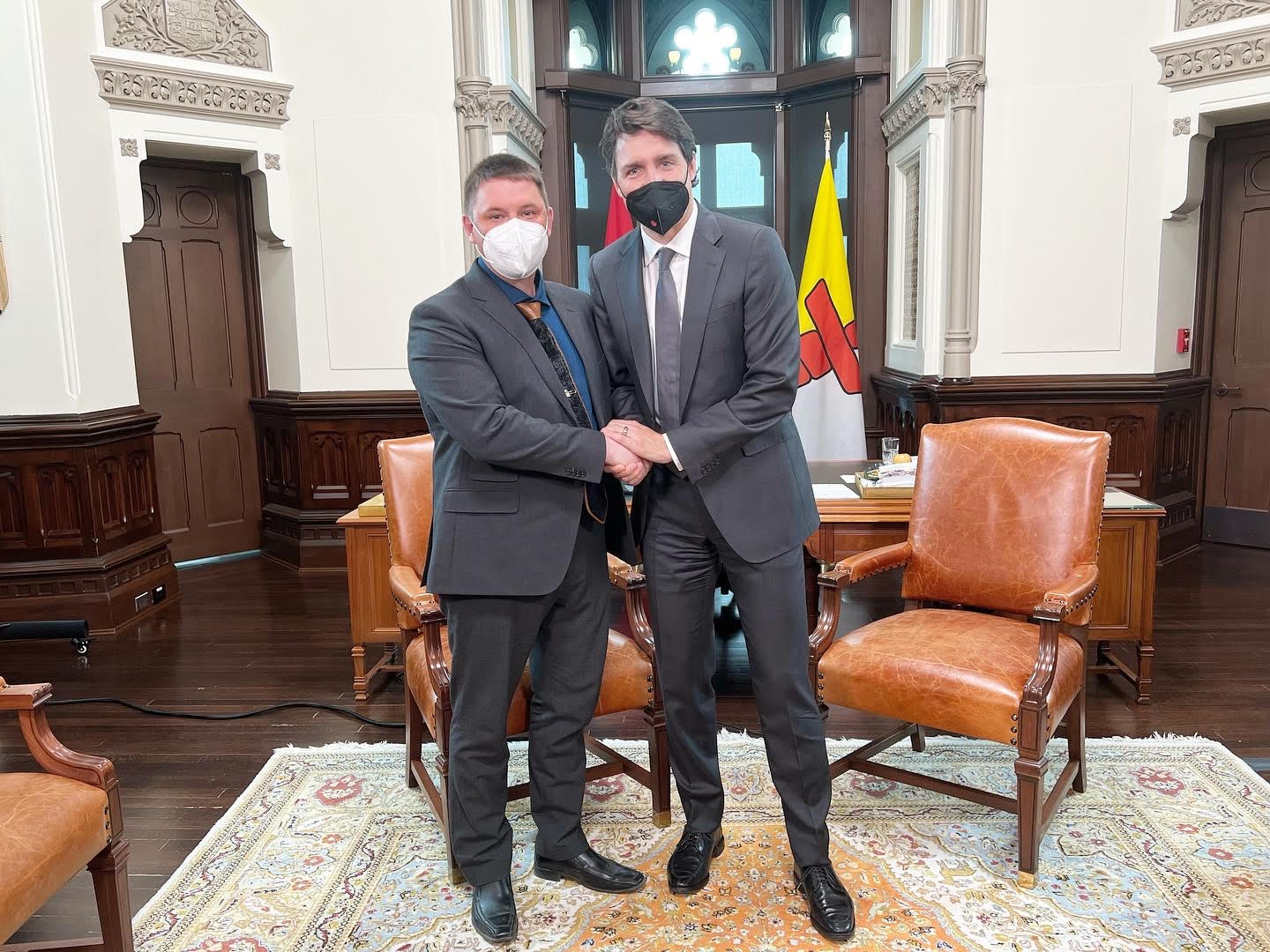 Premier P.J. Akeeagok said his meeting with Prime Minister Justin Trudeau on May 12 was an opportunity to discuss the goal of developing at least 1,000 housing units across the territory, which he hopes will help address other priorities in the GN’s mandate. (Photo courtesy of P.J. Akeeagok)

Housing — and Nunavut’s goal of building 1,000 more units — was at the “forefront of discussion” in a meeting last week with Prime Minister Justin Trudeau, says Premier P.J. Akeeagok.

Akeeagok said the May 12 sit-down at the prime minister’s office in Ottawa was his first in-person meeting with Trudeau since Nunavut’s Katujjiluta mandate was announced during the throne speech in March.

Katujjiluta — which means “a commitment to work in unity to manifest the courageous dream” — was planned with Nunavut Tunngavik Inc., and the territory’s three regional Inuit organizations: Qikiqtani Inuit Association, Kivalliq Inuit Association and the Kitikmeot Inuit Association.

In an interview with Nunatsiaq News on Tuesday, Akeeagok said the meeting was an opportunity to discuss the goal of developing at least 1,000 housing units. over four years across the territory.

By providing more housing and better accommodation, he hopes other social issues will also be improved.

“Housing was at the forefront of the discussion I had with him,” Akeeagok said.

“We all realize the impact the lack of housing has had right across the board — look at the rates of suicide, the impact on our culture … the impact on mental health, the impact on sexual health … education levels and employment levels, among other areas.”

He said he and Trudeau also discussed the federal budget released earlier this year, and the $60 million it provides for the Government of Nunavut as well as $845 million to address housing needs in Inuit communities.

The Katujjiluta mandate identifies the GN’s priorities for the next four years.

It aims to improve elder care in the territory through construction of long-term care facilities, housing units for elders and seniors, and training in linguistic and cultural sensitivity for staff working in continuing-care facilities.

As well, it invests in local mental health, suicide prevention and addictions treatment programs that address root causes such as trauma, bullying and discrimination.

Also, he said, the need for the territorial and federal governments to work closely together as negotiations continue toward the transfer of Nunavut’s public lands and resources to the territorial government, which will allow more decisions to be made closer to home.