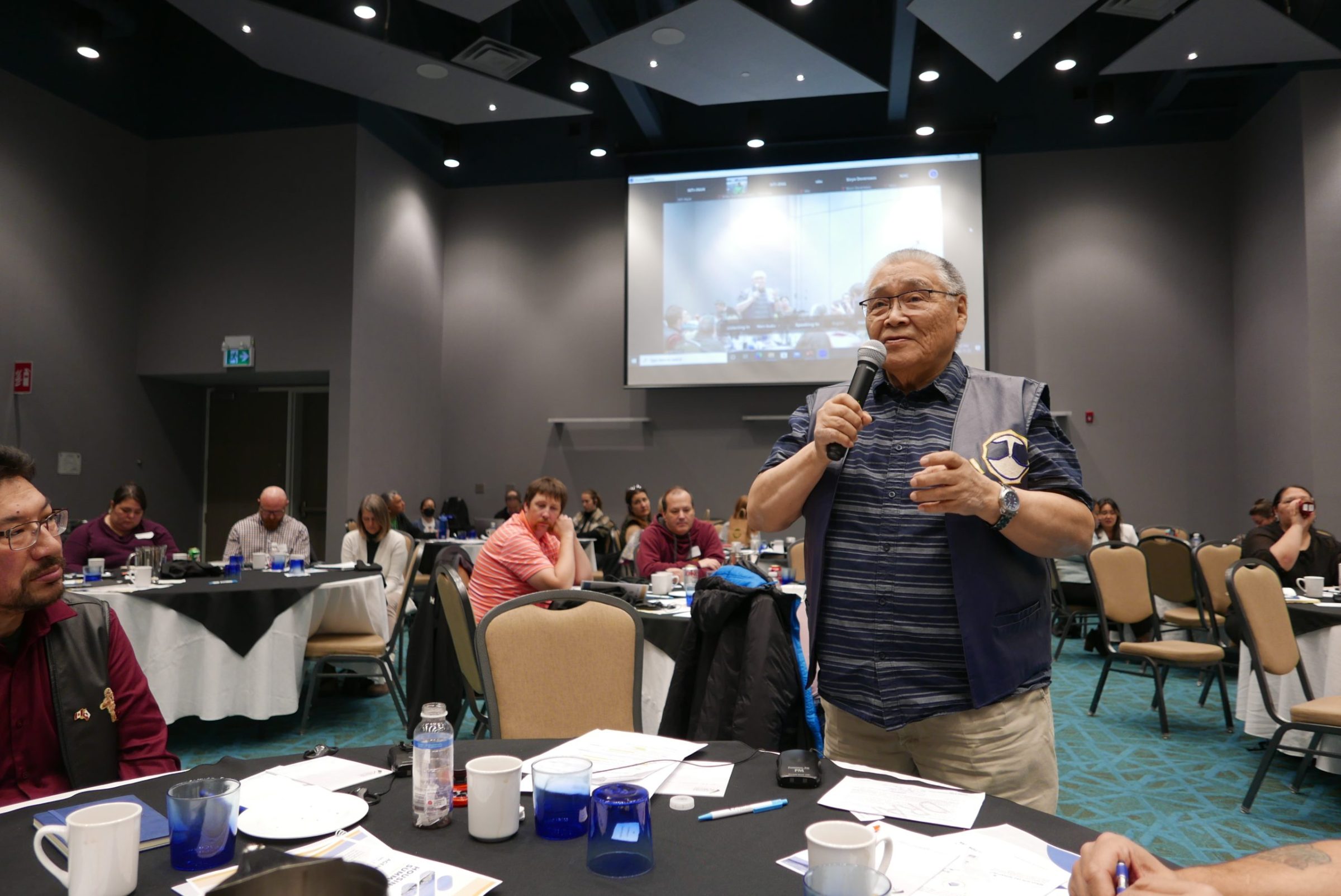 A Nunavut Arctic College dean delivered the message that it’s important to look toward future possibilities instead of what went wrong in the past, in speaking near the end of a two-day housing summit in Iqaluit Wednesday

“We can be finger-pointing on what has happened before, but I don’t want to focus on the past, I want to focus on what we have right now,” Netser concluded to a round of applause from the room of about 100 participants. 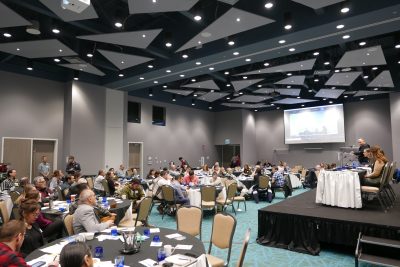 A panel from the Canada Mortgage and Housing Corp. answers questions about its role in solving Nunavut’s housing crisis. (Photo by David Venn)

The housing summit, hosted by Nunavut Tunngavik Inc., ran in Iqaluit on Tuesday and Wednesday at the Aqsarniit Hotel. The theme was enhancing intergovernmental co-operation.

Among those attending were representatives from the three regional Inuit organizations, Canadian and Nunavut governments, Inuvialuit Regional Corp., and NCC Development Ltd.

“If we don’t succeed in what we want to do, we are failures. We don’t want to be failures,” said NTI vice-president James Eetoolook.

On Wednesday, representatives of the Canada Mortgage and Housing Corp. fielded questions from participants about its different funding programs for building more housing.

Also, a Government of Nunavut Family Services Department official spoke on the challenges of having a large Inuit workforce in the trades, while NCC Development Ltd. presented on its Inuit training program in Resolute Bay.

NCC president and chief executive officer Clarence Synard spoke of the positive partnerships happening in the territory, such as the one his company has with the Nunavut Housing Corp. on Nunavut 3000, a framework that plans to build 3,000 more housing units in the territory by 2030.

“Yesterday, I’m sure, as it was for everyone here, was a heavy day,” Synard said of Tuesday’s summit discussions about homelessness, solving the housing crisis and community needs.

“You hear about a lot of the problems and the issues and the challenges. But I feel now that through partnerships … it’s those kinds of commitments and partnerships that are going to make a difference.” 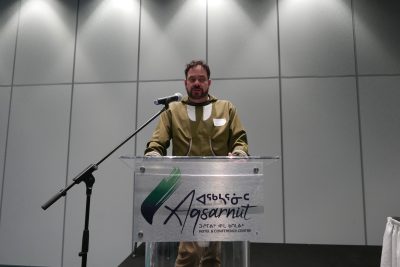