How a failed seal hunt netted one aspiring author $80K 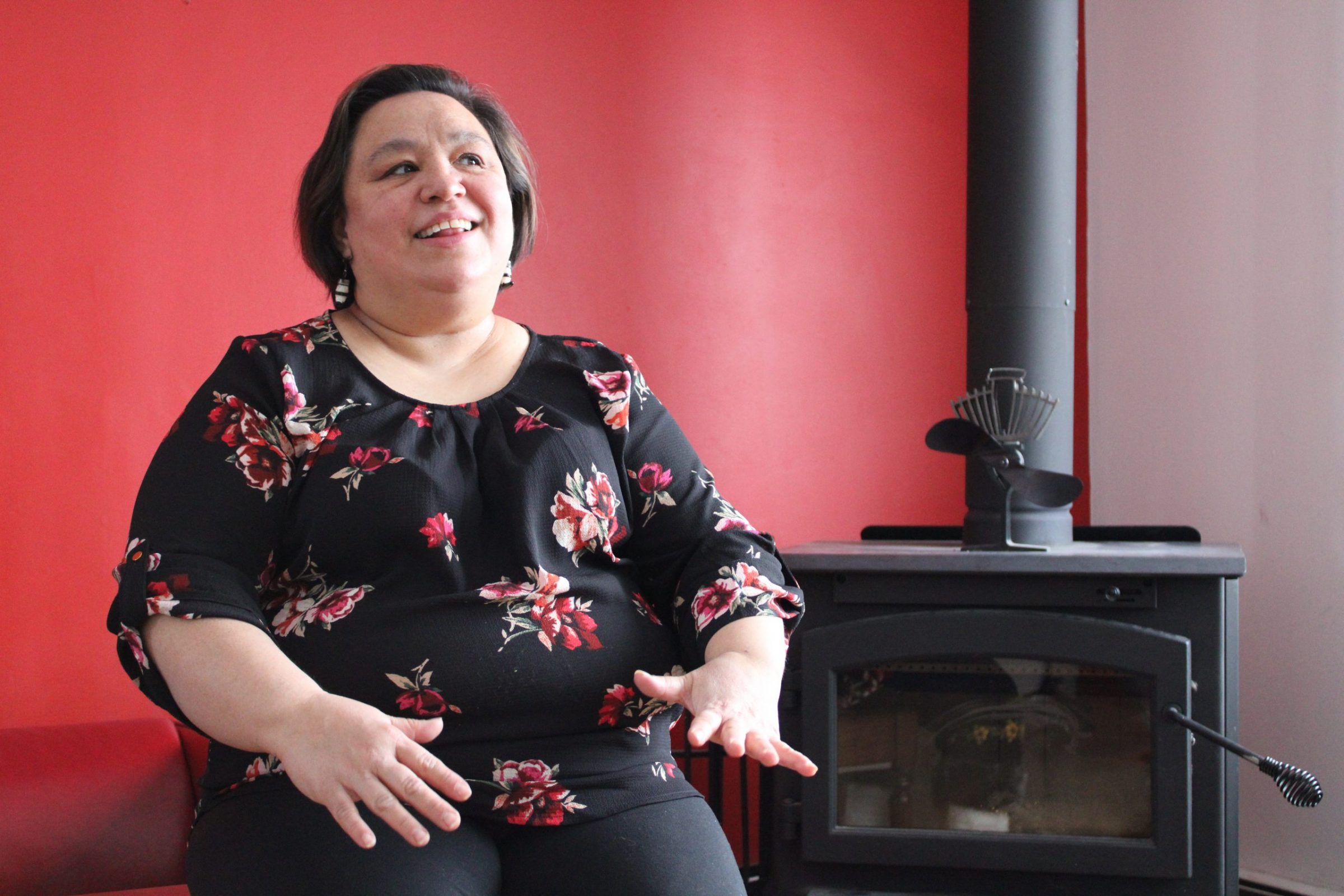 Looee Arreak sits in the Qaggiavuut office in Iqaluit on a Tuesday afternoon. Last year, she won $80,000 and a writing residency for finishing first place in the Inuktuuqta! Inuktitut Writing Prize. Now, she’s encouraging Inuit to apply for the competition this year. (Photo by David Venn)

Looee Arreak went on a hunting trip in Pond Inlet about three years ago. She caught a seal, pulled it out of the hole in the ice and dragged it around, unsure of how to kill it.

She pulled it further away from the hole she had pulled it from, thinking it would lose its senses and perhaps die on the ice. Then she slipped and fell, and the seal scurried away.

“It knew right where it had to go,” Arreak said. “So I was running after the seal, and I tried to hook it, but I couldn’t.”

Arreak lost the seal that day but she gained inspiration for a novel that won her $80,000 and a writing residency through the 2021 Inuktuuqta! Inuktitut Writing Prize, funded by the Nunavut Tunngavik Foundation, a charity operated by Nunavut Tunngavik Inc., the organization responsible for ensuring Inuit benefit from the Nunavut Agreement.

Inuktuuqta! is now accepting applications for its second year. Nunavut Inuit over the age of 18 have until May 30 to submit a novel or collection of short stories or poems in any Inuktut language.

NTI did not reply to Nunatsiaq News’s request for an interview.

Arreak said she found the residency program to flexible, saying it can give writers the time and space they need to put the final touches on their manuscript before it gets sent back to NTI, which will work on getting it published.

Arreak spent part of her residency in Ottawa. She had wanted to stay at cabins in Pangnirtung or Qikiqtarjuaq, but COVID-19 restrictions got in the way of that plan.

Now, she’s taking up the residency at her home in Iqaluit, working with editors and mentors.

One of the best parts about winning, she said, was being recognized by Inuktitut experts as having the writing and creative skills necessary to be awarded first place.

“I like our language, Inuktitut, and I want to preserve it. That was my main reason for submitting,” she said.

For Arreak, a singer-songwriter, taking part in and winning the competition changed her outlook on what shape her music can take, what stories she can tell with it.

“I think it kind of shifted my focus a little bit into more storytelling and writing,” Arreak said. “It even changed my music career where I’m doing more spoken word.

“I’m more, really mindful of traditional stories. They’re really interesting and they always have a moral.”

Annie Aningmiuq finished in second place for her story of an Inuk man in love who leaves Kinngait for Pangnirtung to be with his soon-to-be wife.

“I knew it was going to be great because it’s loosely based off of my late dad’s stories of what he told me about my mother,” Aningmiuq told Nunatsiaq News in an email.

“He loved her so much so I knew people would respond well to it because we have all had that feeling of love.”

She said the competition didn’t help her writing career — although the $10,000 prize was nice — but she encourages others to apply this year.

Aningmiuq’s novel isn’t finished; she is planning to work on it in the summer when she has more free time.

“I’m not even sure it will ever be published. Of course that is the ultimate dream of mine. I would love for Inuit to read a love story in Inuktitut,” she said. “How cool would that be?”