A recently completed project saw Greenland stand in for the Moon. Another is using Iceland as a substitute for Mars. 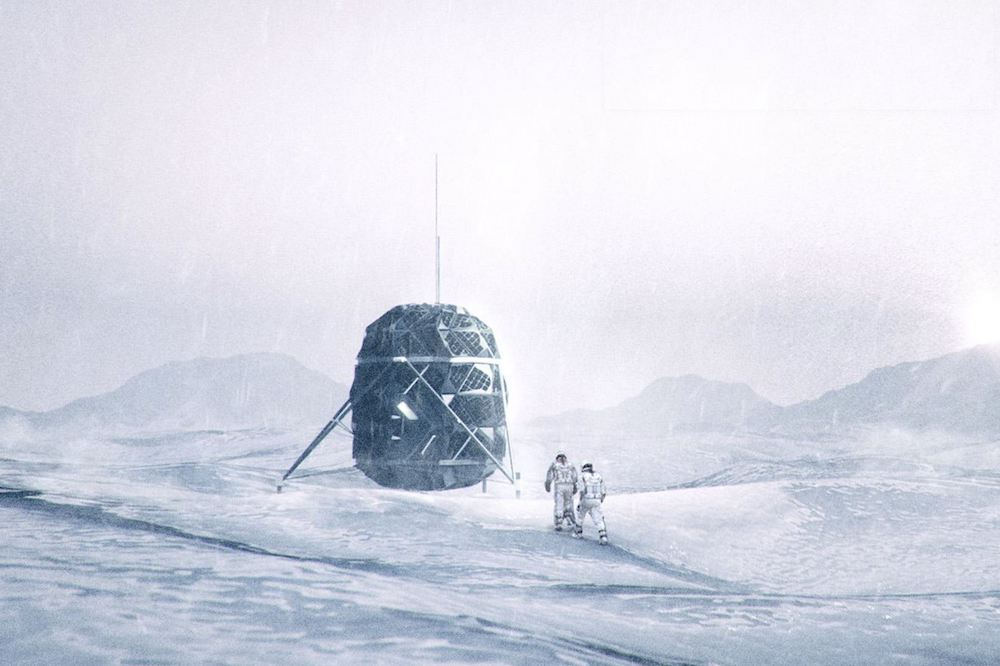 If you want to get an idea of what Mars looks like, a good place to start, ironically, is Google Earth.

The service provides highly detailed, first-person views of parts of Devon Island, in Nunavut, a place that the U.S. space agency NASA, among others, has described as providing earth-bound scientists with the closest thing they can get to Mars without leaving home.

While no humans have been to Mars yet, there were 14 missions to the Flashline Mars Arctic Research Station (FMARS) between 2001 and 2017, when the Mars Society, a non-profit that promotes space exploration, stopped running the facility.

A big benefit of using the Arctic as a stand-in for an extraterrestrial environment is that it adds a sense of realism and fidelity when preparing for space exploration: it is challenging to get to and far removed from human settlements, while specific locations, such as the area around FMARS, provide scientists with conditions similar to what would be experienced on Mars.

But, unlike other parts of the Earth that are more remote – Antarctica, for example – Arctic sites tend to be close enough to civilization to allow scientists to have a safe place to retreat to in the event of a medical emergency or some other mishap. The Devon Island site is a one-hour flight from the nearest settlement, Resolute. A site on Svalbard is also reassuringly close to Longyearbyen, the largest settlement in the archipelago. 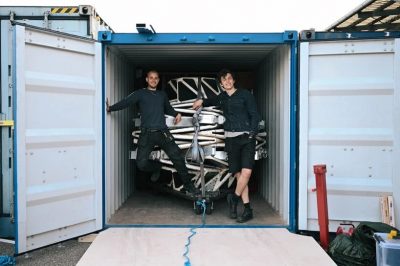 This was part of thinking behind the choice of Moriusaq, in northwestern Greenland, for the site of the Lunark project, which, in December, completed testing of a habitat that its creators, Saga Space Architects, hope could serve as a model the housing used by future lunar explorers.

Moriusaq is located close to Thule Air Base, a U.S. Air Force base that served as the staging point for the expedition. When looking for a location test the habitat, Saga Space Architects says it also considered sites near Station Nord, a Danish military facility in northeastern Greenland, which could also have served as a staging point.

“It’s important for the project to take place in an environment that looks and behaves like the Moon’s surface. Northern Greenland has some unique features that make it an ideal Lunar test-bed,” the firm wrote of its search for a suitable location.

When shipped, the two-person pop-up structure is folded, origami-style, reducing its size by a factor of eight and allowing it to fit in a standard shipping container. Weighing 1,700 kilograms, the habitat is designed to stand up to temperatures of minus 45 degrees Celsius and winds of up to 90 km/h.

Some assembly is required, when erecting Lunark, but the habitat, according to Saga Space Architects, is designed to arrive completely equipped with furniture, food and other resources. Karl-Johan Sørensen and Sebastian Aristotelis, two Danish architects, and the founders of Saga Space Architects, who lived in the habitat in Greenland, needed a day to expand the structure. It took them a month to set up camp, and they eventually spent 60 days living in Lunark, rather than the planned 90.

The shorter period was due to a delay deploying the habitat. The challenge of working in an Arctic environment was something Sørensen and Aristotelis touched on in one of their brief updates, which were sent using a satellite phone to imitate the limited communication with Earth that future space travellers will experience.

“Hab (the habitat, ed.) is almost finished! Why is it taking so long? – We didn’t manage to finish all the details in time for shipment. Fixing sh*t here is slow and hard,” the two wrote in a post dated September 21.

When it comes to the second project, which is currently underway, the appeal of the location — the lava fields of Iceland’s highlands — has less to do with its remoteness than it does how, and when, it was formed.

The lava field, known as Holuhraun, is devoid of vegetation or topsoil, making it similar to what some Martian landscapes look like, according to Christopher Hamilton, a University of Arizona scientists who heads a protect studying whether drones can be used to provide eyes in the sky for Mars rovers.

When earth-bound sites such as Devon Island and Holuhraun are shaped by similar geologic processes as their extraterrestrial counterparts, they can be used as mock environments, or analogs, to prepare explorers to safely navigate the real thing.

In the case of Holuhraun, the will be the second time it stands in for a non-Earth environment. In the 1960s, NASA turned to the area as a lunar analog when looking to give Apollo astronauts a taste of what they might experience on the Moon.

This time around, the Rover–Aerial Vehicle Exploration Networks, or RAVEN, project, which recently received $3.1 million from NASA, is designed to give scientists and idea of how to explore terrain that was created by a volcanic eruption in 2019, and is similar to those observed on Mars.

As far as technology goes, RAVEN, takes its cue from existing drones, including Ingenuity, a helicopter-like drone that that is arrive on Mars together with NASA’s Perseverance rover on February 18. In addition to giving scientists an idea of what it takes to fly in the thin Martian atmosphere, Ingenuity’s job will be act as a scout that identifies sites that might be of interest for future missions. The results of the RAVEN project, on the other hand, will be help future Martian drones work in tandem with rovers on the ground, and that requires knowing what to look for ahead of time.

“Volcanic terrains offer exciting targets for exploration because of their potential to generate habitable hydrothermal systems, which could support or preserve microbial life,” Hamilton said. “RAVEN would make such locations accessible for the first time.”

Similarly, young lava of the likes found on Mars and at Holuhraun can be too rugged for rovers to traverse, which can limit their usefulness, or, worse, put them out of action. Having a drone accompanying them can help by scouting a path forward for them, or, if they are equipped with prospecting equipment, by carrying samples back to the rover.

Pascal Lee, the co-founder of the Mars Society, has suggested that Mars astronauts would get their first taste of life off Earth in the Arctic. The same, it would seem, is true for the machines as well.