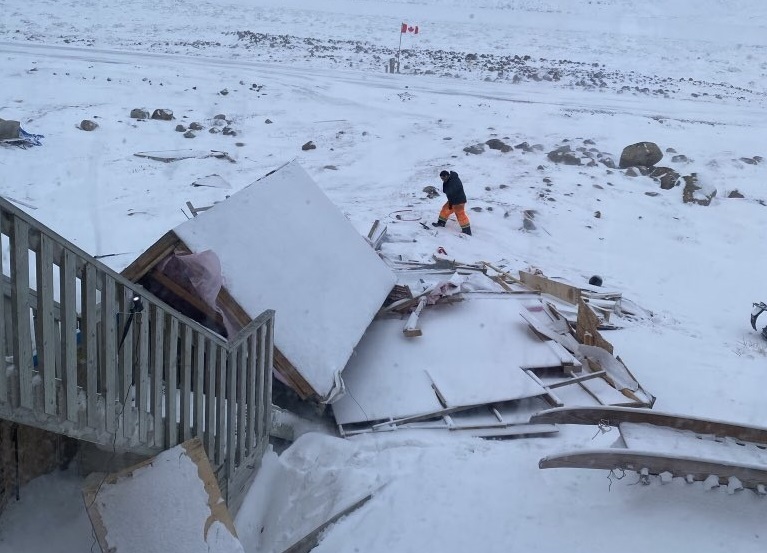 A resident of Pangnirtung looks through debris Monday morning left from a cabin that was uprooted and blown away during an intense blizzard Dec. 27. (Photo by Sky Panipak)

A powerful storm blew through the Nunavik, South Baffin and Kivalliq regions over the weekend, setting wind speed records for parts of the Arctic.

It brought massive snowdrifts, reduced visibility and reports of structural damage in several communities starting Dec. 26 in Nunavik, before moving over Baffin Island and the Kivalliq region on Dec. 29.

But residents in that community said they clocked even higher speeds at home with their own wind speed metres — in some cases, as high as 180 km/h.

On Dec. 27, Pangnirtung residents saw stairs being blown off of homes, as well as cabins and sheds uprooted and blown away.

One person lost their only stairs. Same building lost stairs 10 yes ago in a stronger storm. Many shacks and cabins are gone. Many, many snowmobile windshields are gone. Some injuries we have heard of so far. pic.twitter.com/ZOuie2RVjy

The entire community of Salluit lost power for several hours the evening of Dec. 27. Crews in that Nunavik community were still clearing snow from roadways Dec. 29.