Idlout sworn in as Nunavut MP in Inuktitut and English 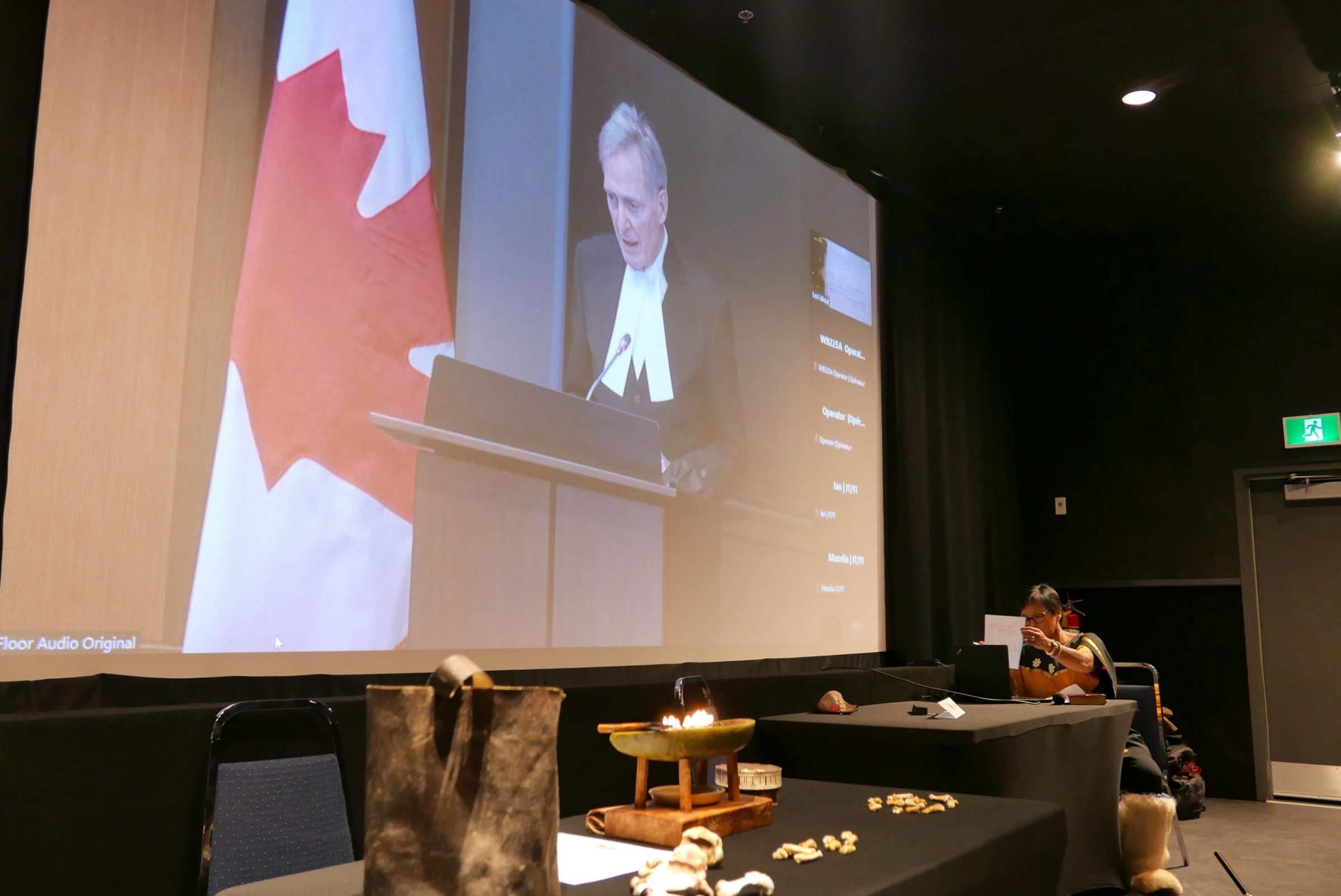 Nunavut MP Lori Idlout holds up a document to the webcam on a laptop for House of Commons clerk Charles Robert to see at her swearing-in ceremony at the Astro Theatre Friday morning. (Photo by David Venn)

Lori Idlout felt “immense pride for Nunavummiut” as she was sworn in — in Inuktitut and English — as Nunavut’s member of Parliament Friday morning.

Under the watch of House of Commons clerk Charles Robert in Ottawa, Idlout took the oath after 10 a.m. She received a standing ovation from the crowd of around 40 people at the Astro Theatre. 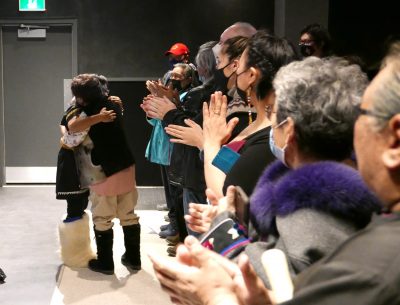 Lori Idlout and her mother, Carmen Idlout, share a hug after Lori is sworn in as Nunavut’s MP. (Photo by David Venn)

“I’m really just honoured to have been elected to represent Nunavummiut,” she said in an interview.

Idlout said when she was given the option to be sworn in remotely, she instantly knew she wanted to include aspects of Inuit traditions, and began reaching out to performers.

“I really wanted to just share my pride in being Inuk and showing how amazing our culture is with our performers,” Idlout told the crowd.

Former Liberal MP Jack Anawak hosted the ceremony and said when he was growing up, he couldn’t imagine that there’d be an Inuk member of Parliament. 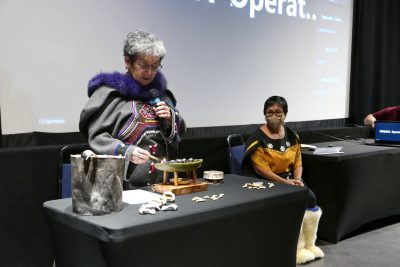 “This was something that we couldn’t even imagine back then. So, here we are,” Anawak said to close off the ceremony.

Elisapi Aningmiuq, who performed a qulliq lighting to start the ceremony, said in an interview that the qulliq is an important tool that was used to signify an important event.

“[It’s] a wonderful pleasure to include the qulliq, which gives light and hope and warmth,” Aningmiuq said.

Idlout said she is looking forward to getting to work, and to the first House of Commons sitting on Nov. 22.